“Y.M.C.A.” by the Village People is usually annoying at worst, but in the opening sequence of tonight’s Grimm, it was the soundtrack to the first death. Detectives Nick Burkhardt and Russell Hornsby are called to the scene and find a woman dead on a streetcar where a flash mob had just occurred, swollen beyond recognition. Harper, the medical examiner, confirms the death was due to anaphylactic shock from apitoxin, or bee venom – but not by a normal bee sting.

The detectives then visit a local bee expert, Professor Spinella, who tested the venom that killed the young lawyer.  He tells them that it was not synthetic apitoxin, but it is untraceable, has no known origin, and that it would be extremely difficult to get the amount that killed their victim.  The participants in the flash mob are interviewed, and they all have the same exact story – they got a message on Twitter about the flash mob. When Nick asks to see the tweet on the phone of the guy he’s interviewing, Nick sees him morph into a bee. He sees another flash mob participant in the waiting room also morph into a bee, but with nothing to hold them on, they let the men go. 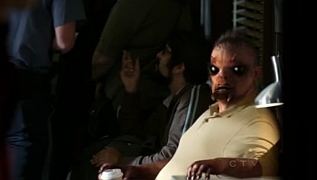 Nick and Hank then tail the two suspects to an old paper mill, where they meet with an unknown woman – but before they can get any closer, they’re attacked by a swarm of bees.  Nick takes Hank back to his place and Juliette treats his stings and tells him to go home and rest.   Nick puts out an APB on the two suspects, and heads to Aunt Marie’s old trailer to check her reference book. He finds that these creatures are called Mellifers and true to bee nature, are ruled by a queen bee. He also sees a picture of the Hexenbiest and notes that they can be identified by a mark under the tongue. He calls Monroe to meet him at the mill, who tells him that Mellifers are the gossips of the creature community and that they have only one natural enemy – the Hexenbiest. Monroe’s nose leads them to the office of the mill where they discover the name of the woman they’re looking for – Melissa Wincroft – as well as her address. They go there and break into the apparently abandoned mansion, discovering that it’s basically a giant beehive. 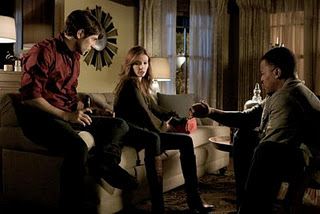 Nick calls the police in and explains that he searched legal files, finding that the lawyer who was killed, Serena, represented a company doing a hostile takeover of Primrose Paper, the Wincroft’s family business, and it now seems that Melissa is trying to get revenge. Nick and Hank get word that there’s been another flash mob murder – and it’s the second of the three lawyers on the Wincroft case, Camilla. They arrive on the scene and Sergeant Wu confirms that their suspects were in custody at the time. Nick calls to have the third attorney, Adalind, taken into protective custody, but when they arrive back at the station, he discovers that she is the Hexenbiest who attempted to attack Aunt Marie in the hospital but got him instead. Hank takes her to get a cup of coffee and Captain Renard asks Nick if he knows her. Nick says Adalind looks familiar but leaves it at that.

He goes to the morgue to look at Serena’s and Camilla’s tongues and finds each has the mark that confirms they were Hexenbiests. After viewing part of Melissa’s deposition on the case, it’s clear she was making threats. Nick berates Adalind, trying to get her to admit she knows more about Melissa and her family than she’s letting on. Hank pulls Nick aside to try to get an explanation – and Renard reassures Adalind that he won’t let Nick hurt her. They set up the Mellifers by ‘accidentally’ giving one of the suspects back his phone, and he immediately sends a message to Melissa to go after Adalind. The squad is prepared, however, putting Adalind in a hotel safehouse and sending a lookalike decoy to the law firm. Unfortunately, Melissa sees right through their scheme and sends a swarm to the hotel. In the confusion, Adalind slips away and takes the stairs to the basement, where Melissa is waiting with a syringe of apitoxin. 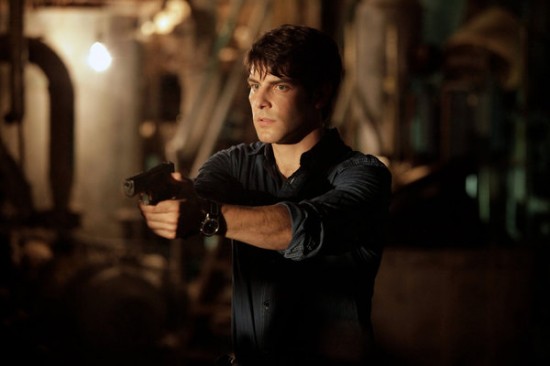 Nick finds Melissa first and she tells him that she’s on his side against the Hexenbiests, but she has to kill them because they were trying to destroy the Mellifers for good. Adalind arrives and she and Melissa fight, leaving Nick with an internal battle – his police side versus his Grimm side. When Hank arrives, he knows what he has to do, and he shoots Melissa. Her dying words only confuse him further: “He’s coming for you. Beware, he’s close.” 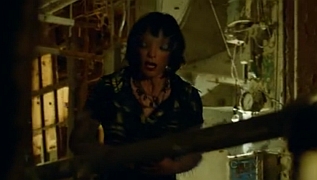 Nick and Juliette are later lying in bed as Nick ponders whether he did the right thing or not. Juliette wakes and tries to reassure him that he did, and before they attempt sleep again, Nick gets up to close the window against the chill. A bee is flying there and comes to rest on Nick’s hand. He watches it in fascination for a moment – and then it stings him.

I felt this episode was even better than last week’s – more intrigue, especially as we see more of Adalind and her connection to Renard. Something’s clearly going on there, but what?  Melissa’s dire warning is another piece of the puzzle, but one that we’re definitely still missing most of the pieces to. Monroe remains one of my favorite characters, full of sarcasm and wit plus the ‘insider knowledge’ on the creatures Nick is just discovering DO exist. The relationship between partners Nick and Hank is beginning to get more complicated as Hank gets more suspicious about where Nick is getting some of his information, and it’ll be interesting to see how much longer Nick can keep his secret from both Hank and Juliette. Can’t wait to see next week’s episode! 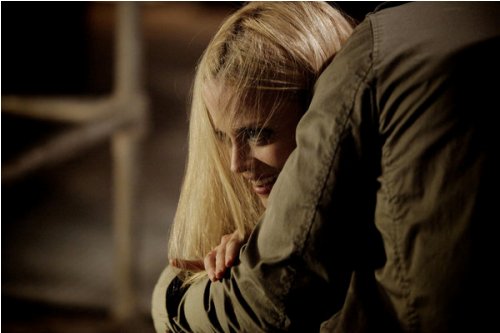