The episode starts with scenes of rats eating a bird; then a scene of people dancing wildly at a rave, then chanting for DJ Retchid Kat, who comes out to perform wearing a giant cat-shaped head (an obvious homage to deadmau5); next we see a student at violin practice (working on Saint-Saens’ “Danse Macabre”) at a school receive a text about the rave, but as their instructor is pushing them hard, chances are that none of them will make it there tonight. The final scene mixes clips of the rave with clips of the instructor going to his car and once there, being attacked by rats.  And so begins “Danse Macabre”. 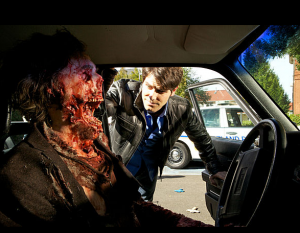 The death of the instructor means that Nick and Hank are called to the gory scene and find rat cages with the name Geiger on them. After a quick visit to the four students who were the last to see the dead man, they head out to see the Geiger family – the son is named Roddy and he was just suspended from the same school for fighting. They find Roddy outside playing his violin to caged rats that seem to be enjoying the concert. The detectives manage to talk to Roddy for only a few minutes when his father appears and immediately loses his temper at the police questioning his son. Nick then sees him change into a Reinigen, a rat-like creature, and things begin to fall into place. At that moment, the elder Geiger attacks Hank, who is forced to cuff him, and Roddy runs until Nick catches him. Roddy freaks out, sure that Nick will kill him because he’s a Grimm, but Nick gives him a quick punch to subdue him and tells him that he doesn’t want to hurt him. 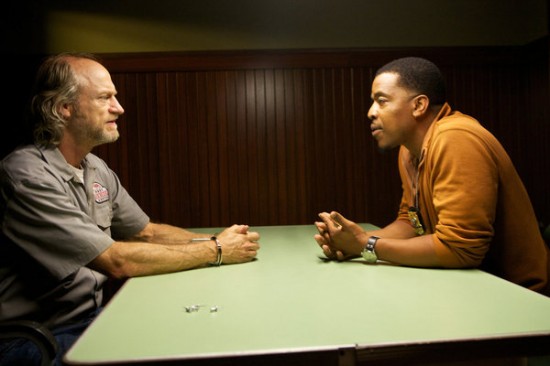 We find out that Roddy has an alibi – he was DJing at the club, although only one person knows that he’s DJ Retchid Kat. That person confirms Roddy’s story and they let him go – but his father’s alibi can’t be corroborated, so they hold him. Roddy confronts the girl from the violin quartet – Sarah – whom he was dating but her mother didn’t approve. He tells Sara he didn’t do it and he thinks the other guys in the quartet did, but she isn’t sure if she believes him. 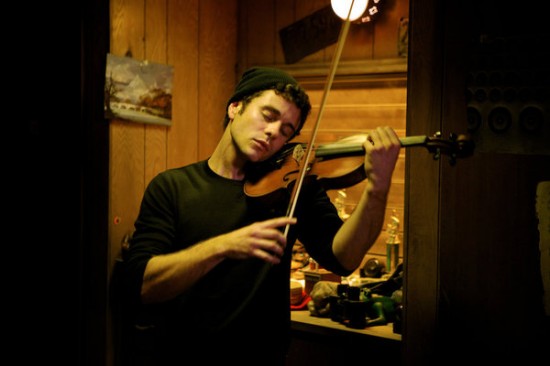 Nick talks to Monroe about the situation, explaining that he believes Roddy didn’t do it but that his bad temper will end up getting him into trouble.  He then asks Monroe to go and talk to the young Reinigen, hoping that because he’s also a Grimm and a musician, Roddy will listen. Monroe isn’t sure about it, but he does it – and it seems as though Roddy listens for a moment… although that could be because rats are afraid of wolves!  But then he gets a call from the jail that his father can’t have visitors for a few days because he got into a fight there, and Roddy loses it himself. 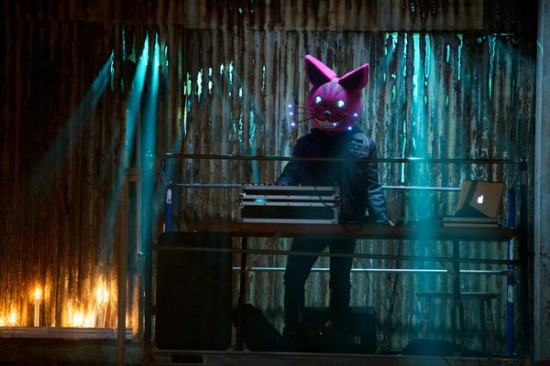 Roddy releases all the rats and burns the Geiger home, then sends the four musicians a text about a DJ Retchid Kat performance that night. The detectives have found evidence pointing to the three guys being the culprits, but they can’t find any of the kids, including Sara.  They do find Sarah’s phone with a text about the location, so they head there, arriving just after the teenagers do. DJ Retched Kat is there, but no one else is – and he accuses them of putting the rats in their instructor’s car. Then Roddy takes out his violin and starts to play, and the four teens recognize his playing and knows that it’s Roddy. The rats come and begin to bite them, and they’ve just taken down Sarah when Nick and Hank arrive to save the day. 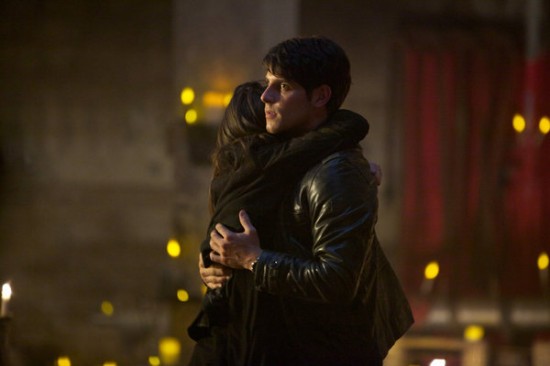 The three boys are taken into custody, finally confessing to what they’d done. Sarah had nothing to do with it and didn’t know what the guys had done, and she asks Nick to tell Roddy that. Nick finds Roddy and does just that.

This episode was another that explored the characters and their relationships more, which is needed. The main plot revolving around the crime and the new Grimm that Nick finds out about in each episode is always interesting, but the characters and plot arcs are the glue.  In this episode, we saw one arc where Hank runs into Adalind Shade, who conveniently has lost her dinner date and so asks Hank to join her – and he agrees. Captain Renard watches from outside as it happens, so we know they have something planned – but what? The goals of Renard and Adalind are still completely unclear, and therefore intriguing.  The other arc involves Nick’s fiancée, Juliette, and her growing suspicions about what may be going on with her husband-to-be. Their refrigerator broke down, so they call a repairman – and he freaks out when he sees Nick, turns into a Grimm briefly, begs Nick not to hurt him and runs out of the house.  Nick laughs it off, and Juliette suggests that Nick must have arrested the man in the past.  However, the repairman returns to get his tools and tells Juliette to tell Nick that he’s a good man, has three kids and has never done anything wrong, leaving Juliette puzzled.  What will she do to find out what Nick is up to?  If she asks, will Nick tell her the truth?

Once again, kudos must be given to the writers of Grimm for putting in bits of humor to lighten the dark nature of the series. Sergeant Wu’s comment at the arrest of the teens, “I guess they’re gonna have to face the music,” was funny on its own – but it was made much funnier by Hank responding with, “Really? You went there?” The scene at the end where Nick puts a rat in the pizza box to scare Hank was also priceless – and probably a very real depiction of how police officers tease one another to help deal with the stress of their work.

Now, on to the next episode of the two-night GrimmFest!