Grimm Review – Let Your Hair Down

A couple – Lauren and Dustin – hikes through the woods, intending to take a nice swim once they reach the lake – but they never get there. Instead, a drug dealer, Delmar, who is growing marijuana in the woods, captures them and is about to kill them to keep his secret garden a secret when they all hear a noise from the other side of the camp. Delmar goes to investigate the noise – and then Lauren and Dustin hear him being strangled. They take their chance, untie each other and run out of the woods. 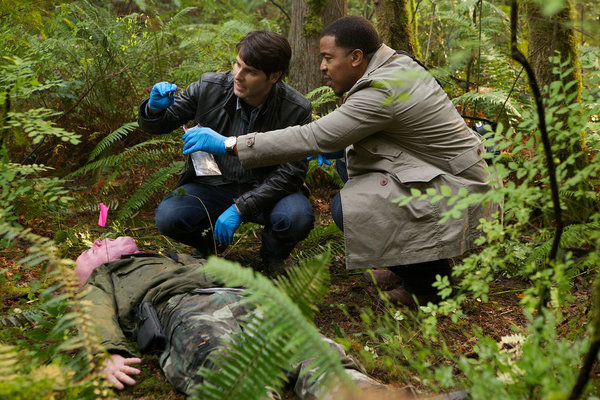 The DEA as well as Portland PD arrive to investigate things. Delmar has clearly been strangled, his neck wrenched at an odd angle – and Nick finds a long brunette hair on the body that can’t possibly belong to the victim. Everyone is puzzled because only food and supplies were taken from the now-trashed camp – the 3 million dollars worth of marijuana plants weren’t touched at all. Nick sees something in the woods and thinks it could be a Blutbad – a Blutbad with a long, thick braid of hair. 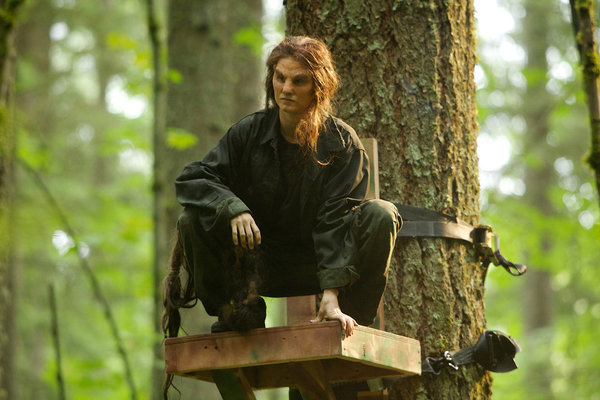 After DNA testing reveals that the hair belongs to Holly Clark, a girl who disappeared from her yard at age seven, Nick and Hank are even more puzzled. Hank had worked on the Holly Clark case at the time of her disappearance, making this case all the more important to him. Nick goes to Monroe for help, wanting to know if a Blutbad child could have survived on her own for nine years. Monroe says it’s possible, but that Holly would truly be a ‘wild child’ living just on instincts. Nick convinces Monroe to search the woods for Holly with him, hoping that another Blutbad will be able to help her. 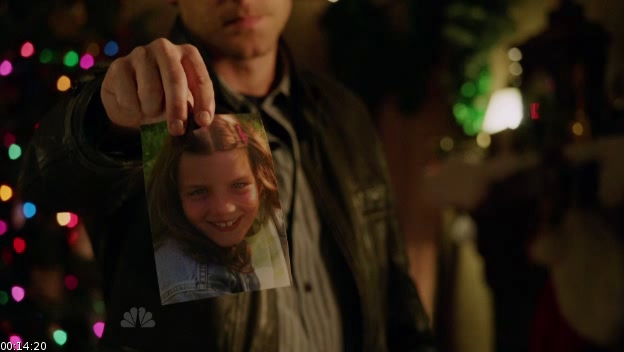 While Nick is tracking down Holly with Monroe, Hank goes to talk to Holly’s mother, trying to find out if the family had any connection to Delmar or the Tillamook forest. She says they don’t know Delmar, but they did go camping in Tillamook a few times – but had to borrow equipment from a former neighbor, Jimmy Addison. Hank decides to find Jimmy. Sgt. Wu manages to track him down, but Jimmy has an alibi – he was bitten by a dog while hiking, but he was treated at a hospital rather far from where the attack happened. Hank and Wu find this suspicious and decide they want to question Jimmy further. 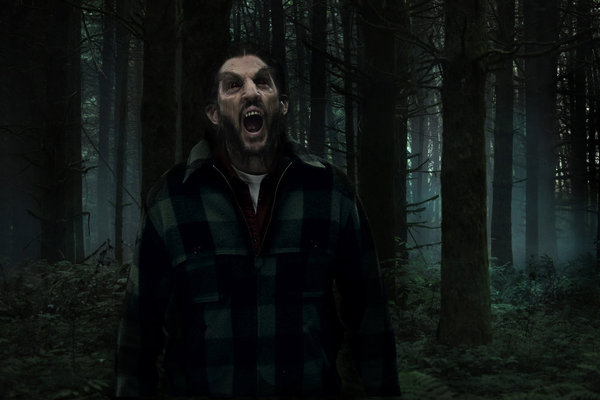 Nick and Monroe find Holly, and once she sees Monroe morph into a Blutbad, she cautiously lets him near her – which is good as she’s been injured. The two try to help her, but she needs more than just the first-aid kit they’ve got. Nick leaves Monroe with Holly so he can call Hank – he tells him that they’ve found Holly and she needs medical assistance. He also mentions that the name Addison was on the camp stove in Holly’s treehouse. Upon hearing that at the station, Addison starts to freak out, screaming to keep her away from him, because she tried to kill him. 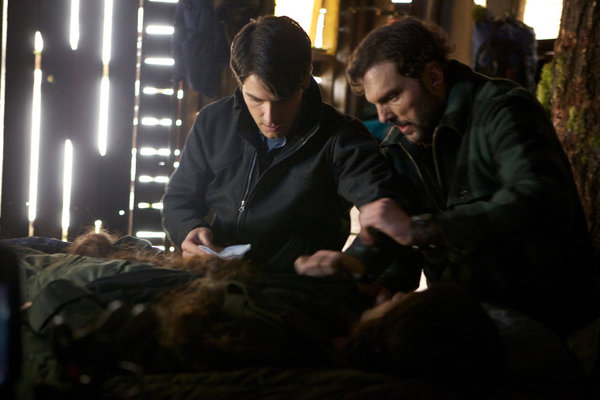 Monroe had left the treehouse to get Holly some Burdock root when Delmar’s brothers come across him and decide he had a part in their brother’s murder. Nick arrives and draws his gun, leaving the four men in a standoff, when Holly suddenly appears, wrapping her hair around the neck of one of the brothers and breaking it. Nick shoots the other brother, and Holly collapses in Monroe’s arms. Holly is brought back to her mother for a tearful reunion, and a few days later, a cleaned up Holly identifies Addison as the man who kidnapped her. 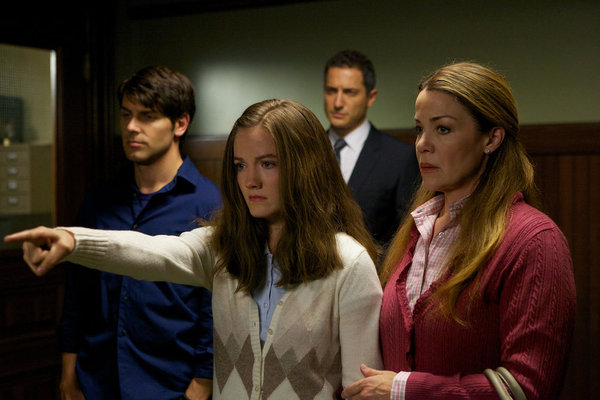 Although this plot was based more on the Rapunzel tale – girl captured, put somewhere up high, grows really long hair that can do magical things – what I found most interesting is that they made her a Blutbad. We had two weeks in a row of Blutbad stories, and the pilot is also about Blutbads – granted, it makes a certain amount of sense because a main character is a Blutbad, but it makes me wonder if the writers are setting up something specifically related to them. This was also another episode with no hints or insight into the other story arcs, which I found a little disappointing. I’m curious as to what’s going on – plus I fear that if they spread those storylines out too much, the audience may have a harder time keeping up with them.

One of the best things about the episode (other than Claudia Christian as Holly’s mother!) was seeing Monroe’s house extensively decorated for Christmas, and his boyish enthusiasm for the holiday was downright adorable. Once again, we get a little more insight into the character – and this particular insight again shows Nick just how human Grimms can be. Plus, Monroe revealing that Santa Claus is a Grimm was a great little chuckle – who else could live at the North Pole, indeed?! Here’s the clip of ‘Christmas with Monroe’ if you’d like to see it again. Enjoy – and Happy Holidays!