Apparently Blutbads exercise using Shake Weights. Who knew? But using one saved the life of Hap, who accidently threw his out the window – and when he went outside to retrieve it, his house blew up. Nick and Hank arrive on the scene to question Hap – who doesn’t realize that Nick is a Grimm – who tells the detectives that his brother was killed in a fire a month beforehand. Hap is too naive to think there’s a connection, but Nick and Hank think otherwise. 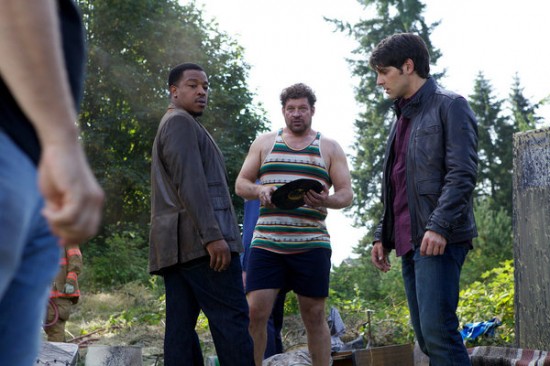 As it turns out, Hap and Monroe know one another. Exactly how they know each other becomes evident when a female Blutbad shows up at Monroe’s house and attacks Nick until Monroe and Hap stop her. She’s Hap’s sister, Angelina – and Monroe used to be in a relationship with her. Monroe and Hap try to explain to Angelina that Nick may be a Grimm and a cop, but he’s not a bad guy. Angelina is far from convinced, and Nick leaves. Once Hap is asleep, Angelina tempts Monroe into a run… which leads to other intimate activities, plus some less-than-savory ones, as they both wake up with blood on their mouths and clothes. Monroe is shaken and upset by this, but Angelina doesn’t mind at all. 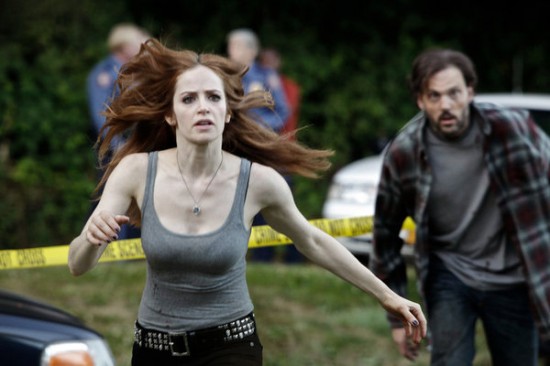 The pair returns from the run to find the police all over Monroe’s house – Hap has been killed. Angelina falls apart, but they still bring her and Monroe into the station for questioning. Hank had noticed the blood on Angelina’s clothes, and she readily gives him her shirt to test. Not surprisingly, it turns out to be rabbit blood. Monroe is disgusted with himself and admits to Nick that he used to be in love with Angelina, but he couldn’t stand the usual Blutbad lifestyle. Still, he doesn’t want to see her hurt. 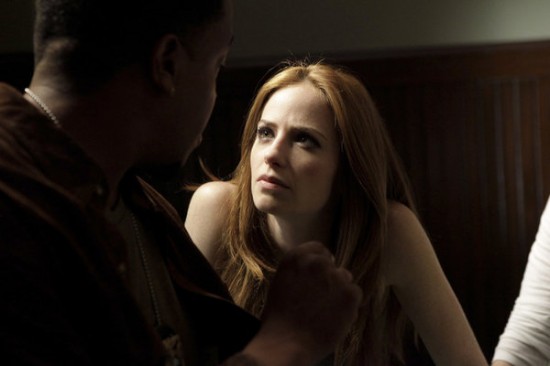 Some research by the police turns up Angelina’s fingerprints at another crime scene, where one of two brothers were killed. Hank and Nick are now suspicious of Angelina, and even more so of their colleague Leiutenant Orson, who heads the arson department. Nick speaks to Orson, who reveals himself as a Bauerschwein, or pig-creature – he knows that Nick is a Grimm and tells him he should stay out of it. Nick then speaks to Monroe, letting him know that Angelina already knows who is behind the deaths of her brothers – and that she’d asked Monroe to help her in killing Orson. Monroe refused, but he tells Nick that this Blutbad/Bauserschwein feud goes back centuries. 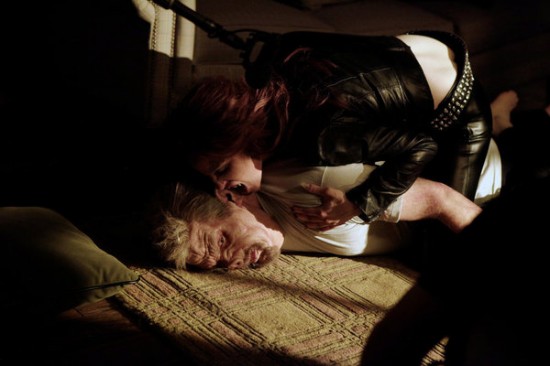 Angelina goes to the station to find Orson’s address and escapes being captured. Nick then heads to Orson’s home, barely beating Angelina there. She comes in and fights Orson, and Nick attempts to separate them by kicking Angelina in the spine, a sensitivity he knows that Blutbads have. She turns to get Nick and Orson shoots her. Nick jumps on Orson to keep him from shooting again and Angelina runs off. As they take the injured Orson away on a stretcher – and then to jail for the two murders – he says to Nick, “Sometimes being a cop gets in the way of what you have to do.” 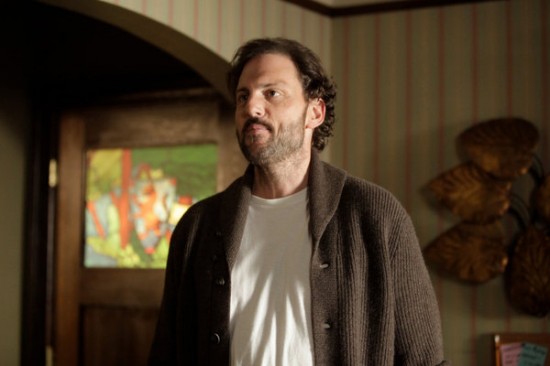 Monroe is looking through old photos of himself with Angelina and Hap when Nick calls to let him know that Orson is in custody and Angelina has been shot and has disappeared. Monroe tells Nick that they’ll never find her. Nick agrees and says that Monroe might be able to – and Monroe tells him not to push it. Right then, Monroe hears something and goes out the front door, sniffing the air. He then finds the photo of Angelina and Hap’s family on the ground.

While this was a good episode and it was really interesting to see another side of Monroe as well as learn more about his past, I didn’t feel it was as balanced as some previous episodes. We barely saw both Juliette and Renard, and there was nothing about Hank’s possible new love interest, either. I don’t expect a lot of information about the arcs in each episode, but a little bit would be more consistent as well as help to keep the viewer invested in those ongoing storylines. Orson’s line to Nick at the end was an important one, however. There’s no question that Nick is beginning to understand that feeling, even though he has yet to give in to it. He’s already faced a number of instances where he’s had to decide whether to be the Grimm or to be the cop, and so far, he’s always chosen the cop. But how long will that last?