This week was all about Skye on the surface, but was also an episode to be to head the story that we have spent all season preparing for. Terra Nova has had its slow points during the season but for the most part has stuck to the main plot and with the impending onslaught of an army coming to strip Terra Nova of its resources, I am left to wonder, if season 2 is a go, what will the story be? Where will they go from here? Well the great thing about Science Fiction someone can always come up with a new device or idea that can change the story line and its direction rapidly. It will require some foot work in the upcoming 2 hour finale but it can be done and i’m looking forward to seeing what they have to offer us next week. 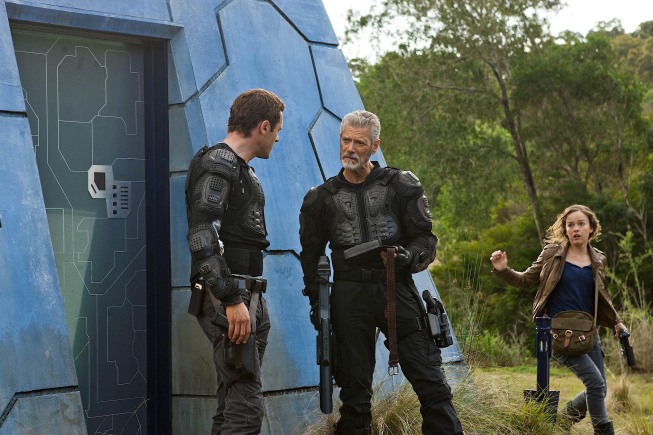 The episodes title says it all, Skye is the traitor and Shannon catches her sneaking out and using his son to lie about where she was. The episode was filled with emotion and Skye meets Taylors son and she is frightened by the prospect that according to him, Terra Nova will bow or burn to the ground with or without the people in it. Skye aids him by bringing his calculations to the computer in Terra Nova and using it to finish compiling the data. With this new information the portal can now be opened both ways. Jim shows Taylor the proof that Skye is the spy and he is hurt, deeply by this. Jim however isnt quick to judge, saying he thinks they are holding something over her but he isnt sure what. Taylor reveals he has an inside man at the sixers camp, the formerly banished solider who had been accused of murder.

Jim and Taylor set out to trap Skye as she makes her next run from the sixers camp and there Skye tells her mother everything and her mother tells her to stop, and run back to Terra Nova and tell them everything. Skye doesn’t want to leave her mother but she knows its the right thing to do and her mother has been sick for so long, she is tired and ready to go. Skye runs into Taylor and Shannon at the outpost and Taylor has harsh words for her, not believing her claims his son has figured out how to make the portal go both ways. She proves it by uttering a date that leaves Taylor stone faced and speechless: August, 2138. 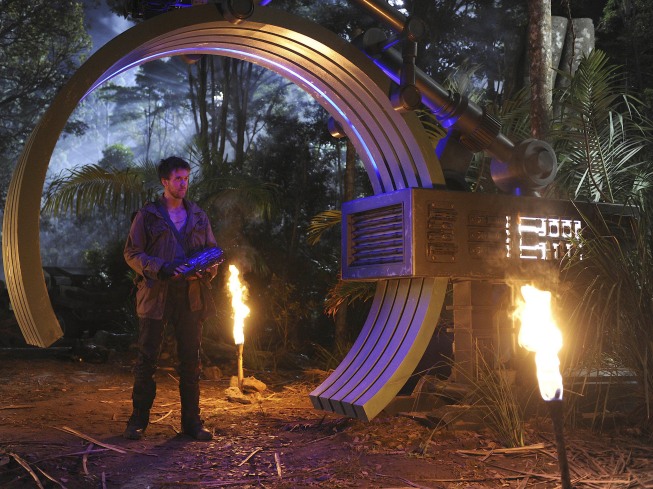 In many ways Lucas is a lot like his father: stubborn, hard headed and motivated by his beliefs. Lucas arrives at the portal knocking out the entire group of guards standing near it and prepares the gateway to back to 2149. Taylor and Shannon show up to stop him but he has the gateway active and if they shoot, they will destroy the gateway and be cut off from the future forever. Lucas hates his father and loves the fact that he can stand there and say that he finally beat him. He tells them what is to come and how they will be on their knees when he comes back because he wont be alone and they wont be friendly.

The final battle is coming 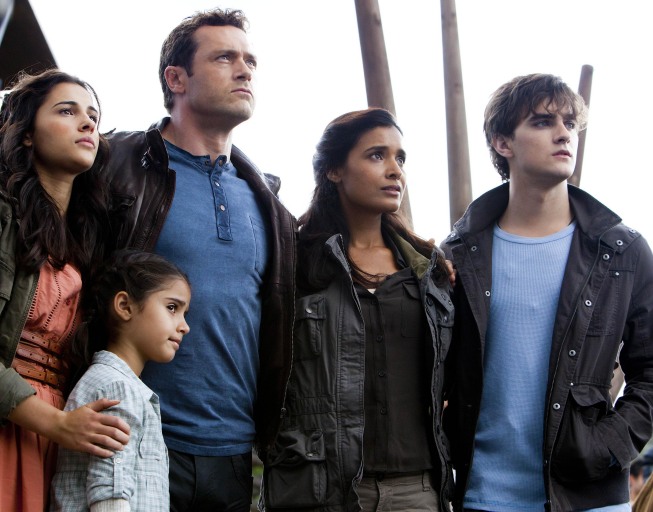 The sixer came is empty, they know what is coming and with a spy from Terra Nova having been at their camp, they had to leave. Skye is brought to the infirmary where she finds her mother, who she thought would have been killed by Mira. Taylors inside man got her mother and brought her back to Terra Nova. Everyone gathers outside for one final speech from Taylor about fighting to survive and now we wait for the finale.

All in all a good and emotional episode at times. I found most of the lead characters from Sky to Josh and Maddie all were less annoying then before and proved that character development had occurred. Now the real test will be when the fight is brought to them and how they handle it. I will say the opening scene tonight of the dinosaurs flying was by far the best CGI they have done this season. I say that because the background, foreground and focus on the animals wasnt artificial looking and was seamless. Great work to the CGI guys. If you didnt catch that, rewatch the first minute of the episode.