A man comes home, making sure to turn off his alarm system as he enters and reset it once he’s safely inside. He’s sitting comfortably at the desk in his study when he hears something – and then a huge man bursts through the window and attacks him. Although he shoots the intruder, he’s quickly overcome and killed by having a gavel shoved down his throat. 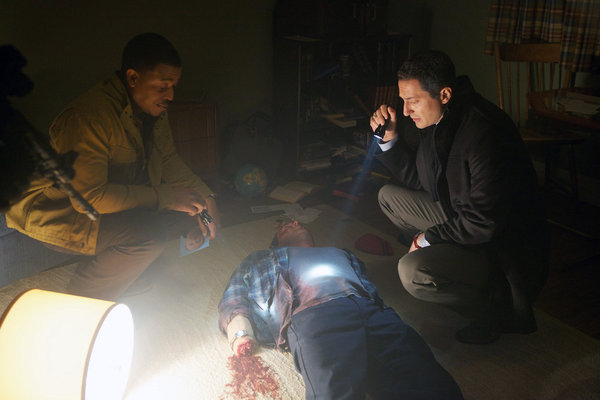 Nick and Hank are called to the scene by Sargeant Wu, and Captain Renard also shows up because the victim was Judge Logan Patterson. A fingerprint is found on the gavel, which leads Hank and Renard to the apartment of a dead man, Victor Chilton, who happens to be missing a hand. On that hand is an antique woman’s watch with “To Mary, Love Mom” engraved on the back. It’s clear that the killer is trying to send them messages with each clue he leaves behind, but so far, they haven’t found the connection.

Nick suggests bringing the watch to Monroe and calls to warn him that he’ll be coming over with Hank. Monroe inspects the watch, determining that it has been ruined by glue in the movement, freezing it at a specific time and date. This is meaningless to them until Monroe is able to trace the current owner of the watch – Mary Robinson, a retired Assistant District Attorney. Hank recognizes the name, and they head to her home next. As the detectives feared, they find Mary dead with her tongue weighing down one side of a small statuette of the scales of justice on her desk. Finally, the pieces fit together for Hank and he realizes that Mary herself is the message, and he knows who the killer is. A contract killer named Oleg Stark was sentenced to 300 years in prison after being convicted of a triple homicide 5 years ago (the date on the watch was when he was sentenced). Judge Perkins presided over his trial, Mary Robinson prosecuted the case, Victor Chilton was the jury foreman – and Hank was the arresting officer on the case. Stark escaped from prison 24 hours ago, and they quickly conclude that Hank is next on his hit list, and Renard wants him under protection. Hank then has to stay at the station while Wu, Renard and Nick check out the car that was traced to Stark. 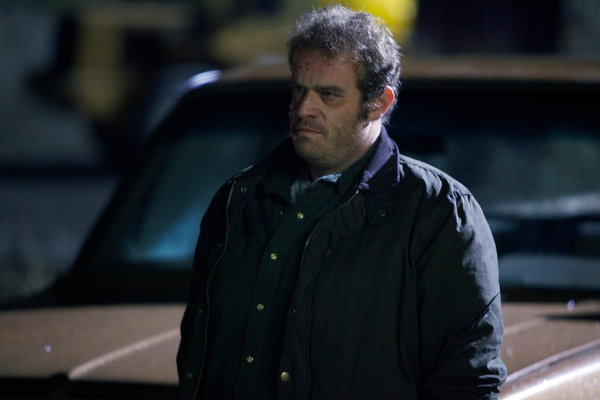 Later, Nick goes to Aunt Marie’s trailer to check out her Grimm book because Stark is known to have some odd physical traits – he doesn’t feel pain and he has incredible bone density. The combination makes him nearly invunerable. Nick finds a possible match in a creature called a Siegbarste, but he isn’t certain. He heads home and speaks briefly to Juliette on the phone – and then all hell breaks loose, literally, as Stark jumps through the window and attacks him. Nick tries to fight back but he’s no match physically for the huge man – and he does see his face change, so he knows for certain that he’s some kind of Grimm. Stark keeps demanding that Nick tell him where Hank is, and then Juliette arrives home. Despite Nick’s pleas for her to run, she throws the pot of boiling water on Stark and Nick shoots him, and he leaves. 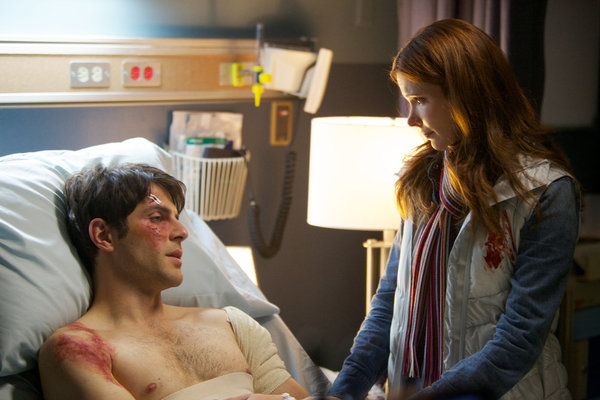 Hank hears of the attack on Nick and is about to storm out when Wu makes a suggestion: what if they use Hank to bait a trap? Renard okays this plan and they put it into motion. In the meantime, Nick calls Monroe from the hospital. He rushes over to see him and confirms that Stark must be a Siegbarste, and they’re incredibly hard to kill unless you have some Siegbarste Gift. Nick recalls seeing that in Aunt Marie’s trailer and sends Monroe to get it and the gun that shoots the poison. Hank then visits Nick, revealing that he’s actually going to go against the plan and try to take Stark out by himself. Nick attempts to dissuade him, but Hank leaves – and then Nick has no choice but to send Monroe after Hank, who is being followed by Stark.

Hank drives to a quarry and Stark arrives soon after. Monroe moves quickly through the trees with the gun, staying out of sight. Stark begins to pummel Hank, and it’s apparent that he’s not doing any better than Nick did. Just before Stark finishes Hank off, Monroe shoots Stark and kills him. Monroe calls Nick to let him know that it’s over and that Hanks all right. In the final scene, Renard shows Hank the bullets that killed Stark and explained that they were over 100 years old – and that he’d very much like to know who’d done it. 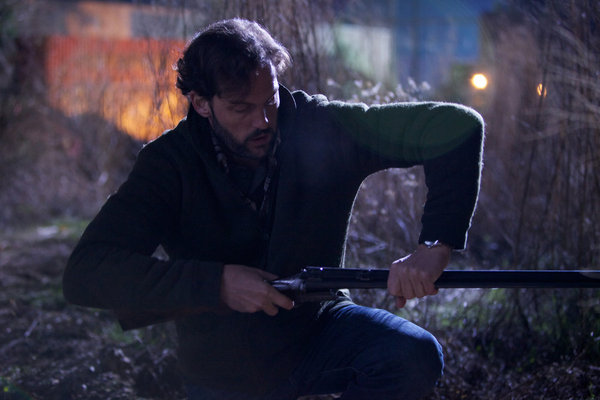 This episode was a revelation on many levels. It was great to see more of the other characters in the show – Wu, Renard and Juliette all got a lot more screentime than in previous episodes – and as such, we saw more development between all the characters as well as some great additions to the side arcs. Juliette in particular brought home the emotion of dealing with an attack on a loved one – even when being the one who saves that loved one – and also pushed Nick to show more of his emotions. She’s known that some weird things have been happening – will this incident drive her to push for more from Nick? And if she does, will Nick tell her the truth? Hank’s revelation that he’d made evidence disappear in a past case shows a certain amount of moral ambiguity – will that make it possible for Nick to confide in his partner about his secret life? As likeable as Monroe is – was Nick correct in trusting him to go to Aunt Marie’s trailer? Helping a Grimm as he has goes against being a Blutbad – will he ever go back to his brutish ways? And Renard is clearly puzzled by who could have killed Stark in a Grimm manner when he knew that Nick was in the hospital – will he be searching for another Grimm, or will he discover that Monroe has been working for the other side? The more questions that come up, the more intriguing the series becomes. I can’t wait for next week’s episode!