Grimm Review – Of Mouse and Man

A man runs down a set of stairs with another man after him, taunting him that he can’t get away.  A few moments later, they’re in a garage – and the man who was doing the taunting is dead. The other man drags his body outside – strangely, the face looks like that of an old man – and puts it in a dumpster. Nick and Hank are called in when the body jams the garbage truck it was picked up in, and they soon track its stops to the building where the murder occurred. They find out from the building manager that the victim, Lenny Krane, was having a fight with his live-in girlfriend, Natalie, and a neighbor, lawyer Mason Snyder. Mason’s car is in the garage, but Natalie’s isn’t.

Nick and Hank find Natalie in a rundown motel and bring her to the station for questioning. She’s shocked that Lenny is dead and explains what happened the night before: Lenny had been drinking; the two of them got into an argument; their downstairs neighbor, Marty, came upstairs to check on things and Lenny yelled at him; then Mason came over and things got even more heated. Marty disappeared, Natalie got her things together and had Mason walk her to her car, and she went to the motel. 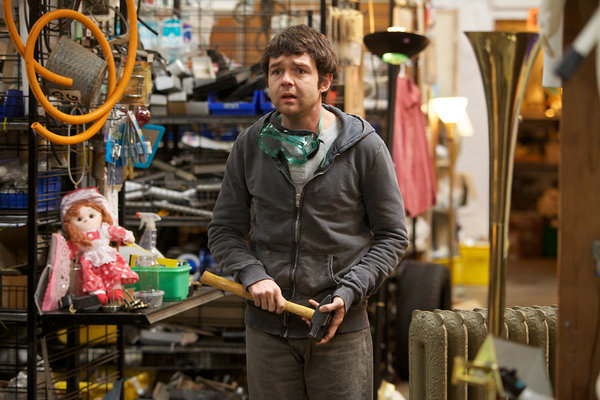 The detectives then go to the junk shop Marty owns to talk to him. He tells the same story as Natalie and lets them know that his father, who lives with him, can tell them that he went back to the apartment after the argument. Nick sees the nervous man transform into a mouselike creature while they question him. After that, they pay a visit to Mason Synder’s law office.  His story matches Natalie’s and Marty’s, but Nick sees him morph into a mean, snakelike creature – he’s no doubt a formidable lawyer, but is he a killer, too? 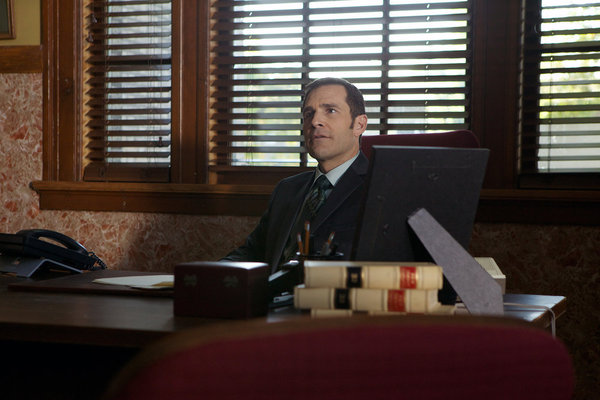 Juliette arrives home and notices a truck parked at the curb.  The people in it are taking photos of their house and her.  She goes outside and they drive off. She tells Nick about it and he calls in the license plate number and gets the address, telling her he’ll check it out.  After a brief trip to Aunt Marie’s trailer, Nick goes to see Monroe, who tells him that the Mauhertz are rarely heard from because they’re so timid, but people rarely survive an encounter with a Lausenschlange.  As their discussion is ending, Monroe gets a call to repair an old clock tower, a job he’s very excited to start.

Next, there’s a confrontation in a car repair shop. The shop owner yells that the other person can take him to court, and then his face morphs into that of the old man seen previously. A moment later, there’s an attack, and once again, a body is dragged into a dumpster.  Nick and Hank are called in the next morning when the body is discovered. They go through the recent customers and are surprised that Marty is one of them, but they know they have to talk to him.

Meanwhile, Monroe goes to his appointment only to be attacked. He gets a brief glimpse of his attackers and knows that they’re Grimm creatures before he’s knocked unconscious during the beating. 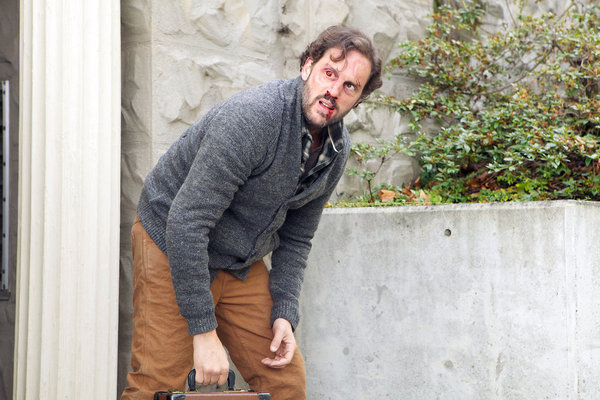 Back at the apartment building, Marty checks on Natalie only to find that Mason is helping her to move.  A short time later, Marty goes to Mason’s office to confront him. Mason taunts him and we see the face of the old man again. Marty picks up a bookend and manages to kill Mason, despite the fact that he’s a Lausenschlange.  Hank and Nick get the apartment manager to let them into Marty’s apartment and they find the body of Marty’s father, who’s been dead for a few days. It seems likely that this is what has triggered Marty’s attacks. They’re then called to Mason’s building, and they know they need to find Marty as soon as possible. 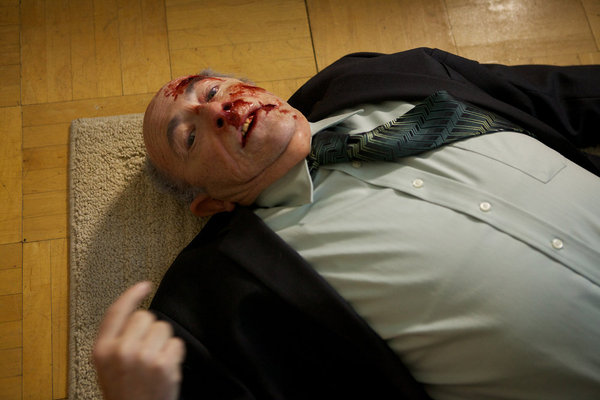 Marty goes to pick up Natalie with flowers, driving Mason’s expensive car. She’s surprised and he tells her he bought it because it was too much car for Mason. He then takes her to dinner. Things are going well at the restaurant until Marty is distracted by a man berating his young son. Marty tells the man to stop, and when he questions Marty, Marty punches him. Then, all Marty can see is his father’s face on every man in the restaurant. Natalie has to drag them out of the place, and then Marty takes them to his shop, driving recklessly and nearly being stopped by the police.

Nick and Hank arrive shortly after Marty and Natalie – he’s holding her hostage but soon takes off by himself with Nick close behind him in the burrows of the shop. Nick finally catches him and Marty tells him that his father is everywhere, no matter how many times he kills him. It’s clear that years of abuse have pushed the man over the edge. 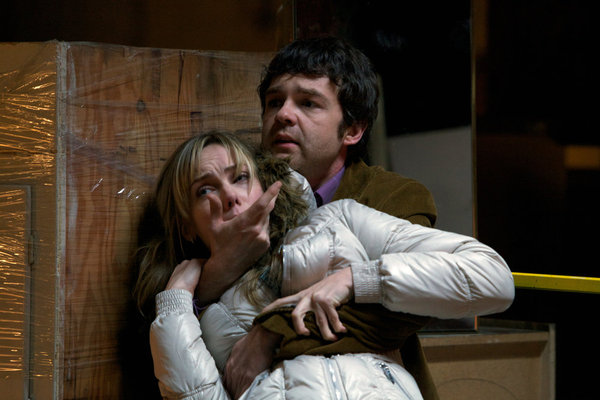 Nick heads home and Juliette tells him about driving by the home of the people who were taking photos of their house. She tells him she just wanted to check it out, but she’s confused by the reaction of the woman when she sees her – she immediately takes her children inside the house to hide. Nick then goes over to see Monroe and is shocked at his appearance. He asks who beat him up, but Monroe doesn’t know – he just knows that if they wanted him dead, he would be. So clearly they wanted to send a message.  He shows Nick the Reapers symbol and says that people don’t like it when you mess with the status quo. Nick says he won’t ask for Monroe’s help anymore, but Monroe says no – he’s never been a status quo kind of guy. 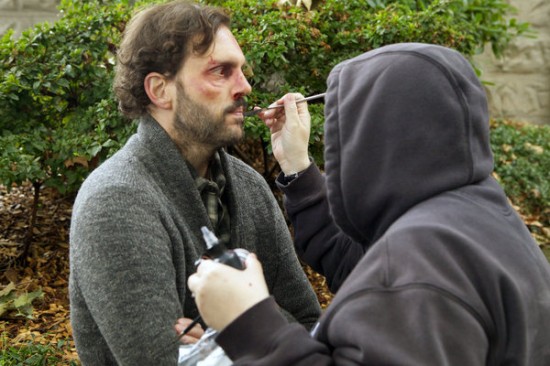 In this episode, we see Juliette continue to be a strong character in her own right, which is great. But how long will this last if she finds out the truth about Nick?  Will Nick go ahead and tell her the truth?  It seems like it’s going to happen, one way or another – and soon. Monroe being attacked over his association with a Grimm is also not surprising – and his reaction isn’t a surprise, either.  Monroe isn’t a typical Grimm creature, and he doesn’t want to be – he made that choice long before Nick showed up. Still, the fact that he’s taking this stand is only going to make him a bigger target, as well as one that could possibly be used against Nick.  It’s going to be tough to wait 2 weeks until the next episode!