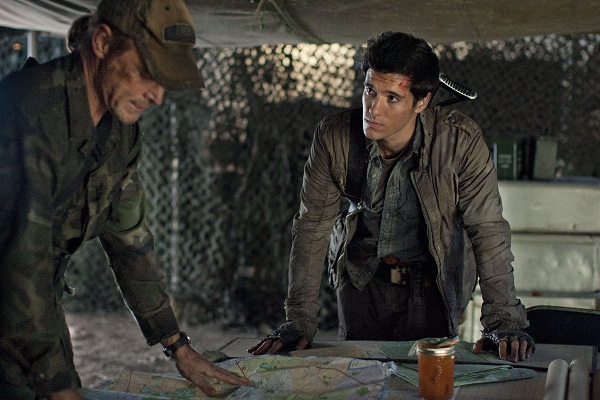 Season 2 has been officially announced to start in June. On June 5th Season 1 will be available for purchase on DVD and BluRay. In the mean time, TNT has released 2 new spots showing unique views of Tom and Ben. Checkout these new clips below. Season 2’s official tag line:

TNT’s epic drama Falling Skies, basic cable’s #1 new series of last summer, will return this June to continue its story about life and survival in the aftermath of a catastrophic alien invasion. In the nine months since the initial invasion, the few remaining survivors have banded together outside major cities to begin the difficult task of fighting back. As the second season of Falling Skies opens, several months have passed since Tom went willingly with the aliens in one of their ships. Nobody has seen or heard from him during this time, and many lives have been lost, but the survivors of the 2nd Mass still struggle on with courage and resilience.