Fringe Review – Enemy Of My Enemy 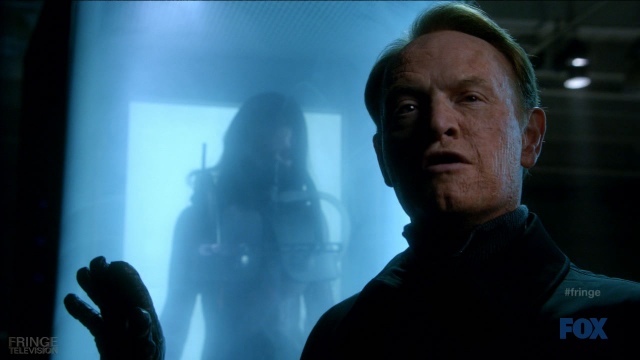 The episode “Enemy Of My Enemy,” saw the two universes teaming up to take the mysterious David Robert Jones, and his army of new and improved shape-shifters.

There were a lot of things to like in this episode. First of all, it saw the Fringe teams of both universes working together directly. We’ve seen certain characters from each universe interacting plenty of times but this is the first time that all of the main characters have worked side-by-side, all at the same time.

What made this work so well was that the threat that finally forced the fringe divisions to cooperate was a large one. David Robert Jones and his shape-shifters have infiltrated high levels of the government on both sides, making neither universe safe from whatever he is planning.

I was a little apprehensive about this season, hoping that it wouldn’t simply be another rehash of the “our universe versus the other one,” plot line from the past two seasons. Thankfully, with this episode we know for sure that things are definitely moving in a different direction this season.

“Enemy Of My Enemy,” also finally saw Walter make the decision to help Peter, after being convinced to do so by the alternate version of his deceased wife. I knew that Walter would come around eventually, and I’m glad that it was something this meaningful that made him realize that helping Peter was the right thing to do.

This reveal brought up a few questions in my mind. First there’s the obvious, “what’s she planning?” More interesting, though is the question of whether or not Nina is not-so-innocent in Peter’s home timeline. And if she isn’t, what will Peter do about it if he ever makes his way back there?