A handsome man wanders an art gallery while talking on his cell phone when he notices a pretty woman. He attempts to pick her up, but she says no and leaves. He follows her and convinces her to go back to his apartment, where they begin to kiss. She pushes away from him and he attacks her. The tables are quickly turned when she ends up on top of him, then her face morphs into a spider with fangs and she proceeds to spit venom into his open mouth. He manages to bite off one of her fingers, but that isn’t enough to save him. She leaves soon after, crying as she walks away from the building. 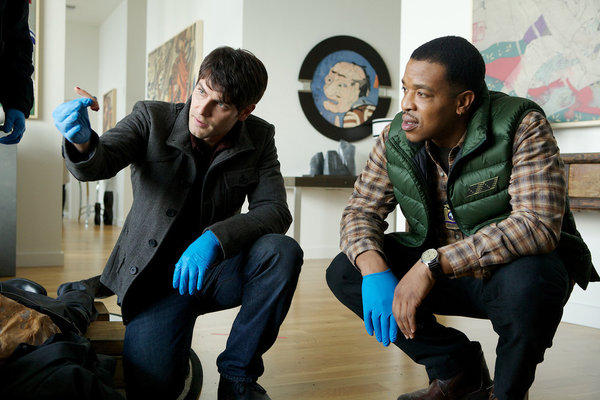 Nick and Hank are called in, where they find a completely desiccated corpse. They can’t believe he was alive the night before, but the coroner has some further interesting news for them – the victim was forced to ingest some kind of acid, which caused his organs to liquify, and then the killer bit his abdomen and sucked everything out of the body, leaving it as dry as a mummy. 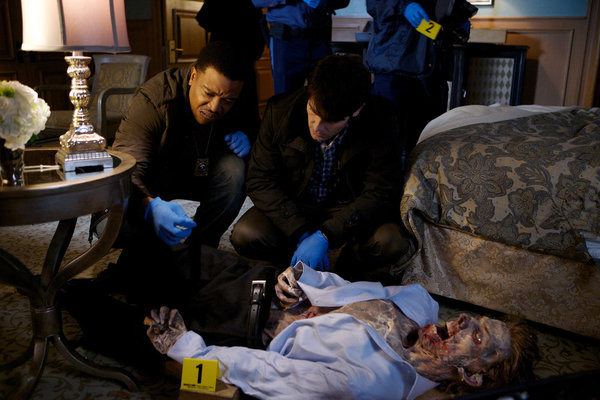 The woman, Lena, strikes again. Meanwhile, running the print on her finger brings up cases 5 years ago in Phoenix, and 5 years before that in Albuquerque – and each time, there were 3 victims. They have to find her before she kills again. Nick researches in Aunt Marie’s trailer and finds what he thinks is the right creature, so he goes to talk to Monroe about it. Interestingly, Monroe knows just the person Nick needs to speak to – a Spinnetod who lives in a retirement home for Vessen (the name Monroe uses for the various Grimm creatures). She explains that Spinnetods have a curse that causes rapid aging if they don’t kill 3 young men and suck their life force every 5 years. Charlotte has turned her back on killing, and so depsite the fact that she’s only 26, she looks to be nearly 70. 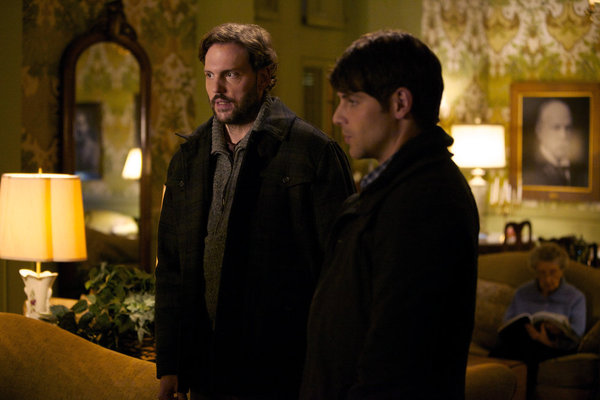 Nick and Hank manage to track down Lena and her family through the gold watch she’d stolen off her first victim, and they’re able to match her fingerprints to ones found in their home. Nick confronts the husband, who explains that Lena hasn’t killed him because they really do love one another. Hank and Nick go to the house to pick Lena up, but she’s already gone. They track her car to the marina and find which boat she’s on, managing to save her intended victim. Nick goes after Lena and she attempts to make him her third victim, but he manages to shoot her. After chasing her further, he manages to snag her in a fishing net. 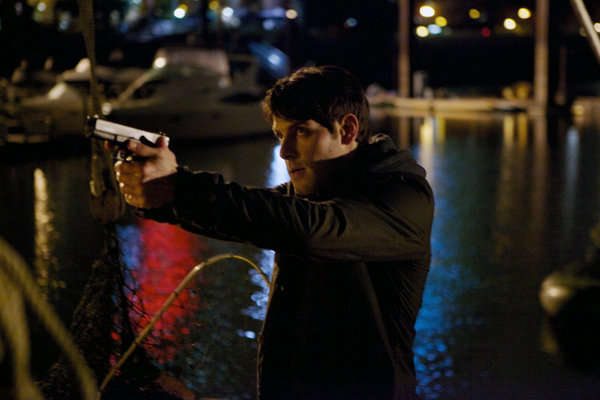 Hank and Nick go to pick up the couple’s daughter, and Nick sees that she, too, is a Spinnetod. Finally, we see Lena in her cell, her face rapidly aging and her hair going gray. 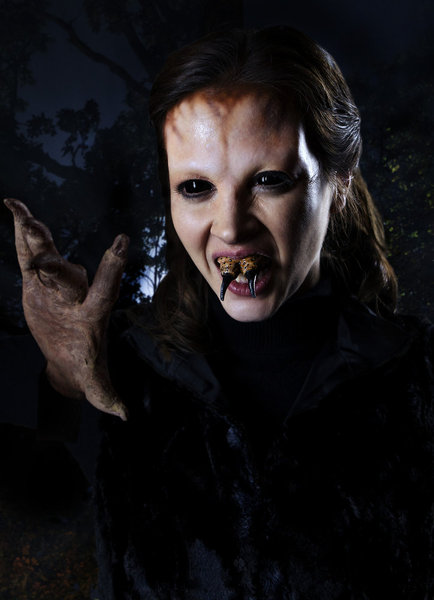 While Grimm has a tendency to not hide the gross aspects of the supernatural murders on the show, this episode was particularly disgusting (although I will admit that, like Monroe, I really don’t like spiders). It does make me wonder if they’ll continue to up the ante on the ick factor. An interesting point came when Nick told Hank that Lena’s fingerprints matched the finger they had – when they’d both seen that she had all her fingers. It wasn’t much of a discussion, but it was another hint to Hank that not all is as it seems, and you can’t help but wonder if Nick will have to tell him at some point. The other person he’s struggling with telling is Juliette, and Monroe even asks if he’s done so yet – but he hasn’t. However, he does confront the Vessen who were watching his house and taking photos of him and Juliette. He goes to the address he’d gotten in a previous episode, when the men tell him that they just had to see that he really was a Grimm. He warns them to stay away from his home from now on and to not tell anyone else about him. Unfortunately, it’s pretty clear that the gossip mill in the Vessen world has already put out the news, so chances are that more confrontations are likely headed Nick’s way.