Three men – Hans, Soledad and Yuri – are putting together guns and other weapons in preparation for some kind of heist. They head to a jewelry store, where an older man, Sam, is just closing up. They break in but Sam sees them coming and locks himself in his vault, quickly taking out three gold coins and swallowing them. Sam is looking suddenly ill when they blow the vault door open. Nick and Hank arrive on the scene, and Hank is sad to see Sam dead as he’d bought engagement rings from him in the past.

The three men are  back at their hideout and turn on one another as soon as they realize that the 3 coins aren’t there. Soledad leaves, but Hans and Yuri are on edge and begin to see and hear someone creeping around the house. They end up shooting each other, and another man, a hawk-like Grimm creature called a Steinadler, is standing over their bodies. Soledad goes back to the crime scene and Nick sees him change into a Shakal, or Grimm jackal creature. He goes after him but doesn’t manage to even get his car’s license plate.

They go to see Coroner Harper, who tells them that Sam died of some kind of poisoning, perhaps from swallowing the coins. Hank takes the coins and they find out from Sgt. Lee that video footage has led them to the car and the house the criminals are in. Nick, Hank and another officer storm into the house and find Soledad and Farley Holt, the Steinalder. Soledad escapes and kidnaps the other officer, which Nick and Hank – who is acting very strange and unusually aggressive – take Holt to the station for questioning. 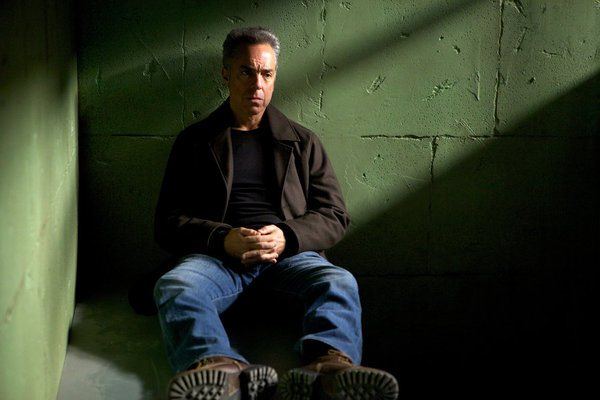 Nick and Hank go to see Captain Renard, and he forces Hank to give him the coins so he can put them into evidence and then tells him to take the rest of the day off. Renard then calls someone and tells him that he has the Coins of Zakynthos. Nick interviews Holt, who explains what the coins do – they give the person who has them power to influence others. He tells the history of the coins, saying that they finally ended up in Hitler’s hands, but after that, the Grimms took them for safekeeping because they can’t be as easily influenced by the coins. However, the Grimm who was guarding them was killed 18 years ago – Holt knows this because he was in love with the sister of the woman who’d died, and she’d left him to raise her sister’s son. Nick makes the connection, knowing that Holt’s speaking of his parents and his Aunt Marie, but says nothing. 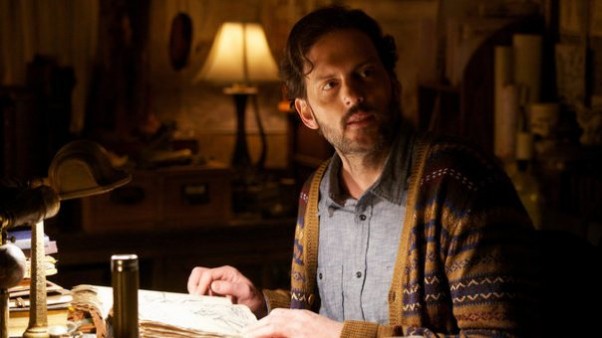 Nick asks Monroe to come to Aunt Marie’s trailer that night as the entries about Steinalders and Shakals are in German. Monroe translates them for him, saying that Shakals are horrible creatures and that Steinalders are very honorable, though it’s not always easy to determine who’s side they’re on. Before he leaves, Monroe notices an old film projector and camera and is very impressed that Aunt Marie had them – though Nick has no idea what she used them for. At home, he tells Juliette about what Holt revealed about his parents, and she offers to look into it further for him. 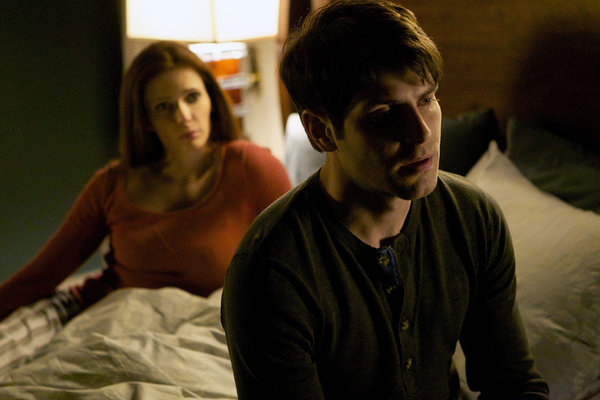 Soledad grabs Harper outside the morgue and forces her at gunpoint to explain her autopsy of Sam. When she tells him that he had swallowed the coins, he gets very upset and asks where they are. She immediately reveals that the police have them and it looks bad for her – but right then it sounds as though someone is coming, so he just hits her and leaves.   Meanwhile, the coins have taken over Captain Renard. He has a dream about throngs of people cheering for him, and then gives a speech to the press and police department about cleaning up crime in the city. It sounds like the beginning of a political campaign. Nick and Hank know they need to get the coins away from their captain.

Nick talks to Holt again, who confirms that he was engaged to his Aunt Marie. Holt also reveals that Soledad was one of those involved in the murder of his parents, and he insists that he can help them capture Soledad. Nick lets him out of the cell, gets Hank and the three of them follow Renard to the garage, where Soledad is waiting. They all shoot at each other, and it seems as though Renard is hit – Holt appears and drags him to safety, but he also takes the coins and flees. Soledad is shot and Nick tries to get him to confess to his parents’ murder, but he dies before he says anything. 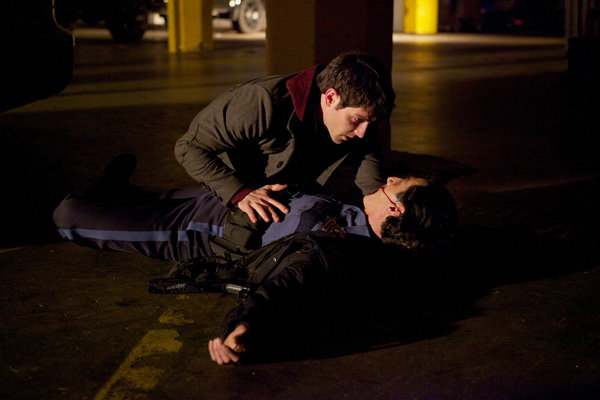 Holt goes back to his hotel room and finds that all of his belongings have been confiscated by the police – and that Nick’s waiting for him. He demands the coins and after a brief fight, takes them from Holt and tells him to forget about them. Nick heads to Aunt Marie’s trailer, puts the coins in the lead-lined box and hides it away. He then sets up the film projector and puts in the film that Holt had – it’s of Hitler speaking, and he’s very clearly wearing the coins on his lapels – but then Hitler turns into a Grimm creature.

This was a fast-moving and exciting episode, and very well done. The story of the coins was an interesting one, and the ties into Nick’s background – more details that he doesn’t know about himself – was excellent. It was also cool to see how the coins affected both Hank and Renard in particular. It was a shame for Nick to find out that regardless as to whatever past Holt had with his aunt, all he really wanted was the coins – it looked for a few minutes as though Nick might be gaining another Grimm creature ally. The images of the Hitler film at the end were very powerful, and showed Nick learning another side to why his being a Grimm is so important, something he’s no doubt still coming to terms with. Here’s hoping for more great episodes like this one!