Merlin – A Herald Of The New Age 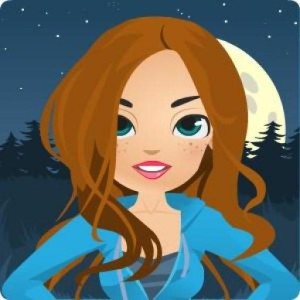 As Arthur and the knights are out on a mission, they tease Elyan about drinking all his water. Suddenly Arthur sees something in the trees they go to look, Merlin advises that they should not be there it is a shrine to appease restless spirts. It is a practice from the old religion, and Merlin says that Gaius advised they are cursed. They see nothing, so move on. While Elyan thinking of the need to fill his water bag, hears the sound of water,(within the shrine). He drinks from the small well, and then when glances back in he sees the face of a young boy, but no one is around, he runs off. When back at the castle Gawain tosses Merlin a bag of salt to pour in a circle at the bottom of his bed to ward off evil spirits. At dinner, Merlin lets Gaius know of the shrine and that he could feel it was cursed. The rituals/shrines are done by the druids, so that the tormented souls can find peace, the ancient rituals heal the ground so the souls of the victims can find rest, but the magic can be easily undone, so the flags and ribbons serve as a warning. Anyone that disturbs (touches anything) the resting place risks releasing the spirit. That night Elyan can’t sleep, he hears dripping water then suddenly the boy is there, startling Elyan he shouts. Gawain rushes in and checks on him, the boy appears again behind Gawain while the boy signals him to shh. Elyan makes an excuse as to why he was alarmed. When he leaves he quickly places a small circle of salt under his bad.

Next morning Merlin wakes an Arthur that had fallen asleep while eating dinner, Merlin takes the opportunity to tease him, which he doesn’t appreciate. Then cause of Merlin’s chatty mouth he gets himself into being the training dummy for the day for the knights and Arthur practice. Elyan gets a bit out of control and Arthur has to pull him off. Meanwhile, Elyan sees the boy again in the weapons room, only he can see him. He tries to flee and gets into a shoving match with Gawain, whom ends up punching him. They then take him to Gaius cause he awakens but won’t speak, he just lays there awake staring in a trance. Gaius discovers that there is a salt circle under his bed as well.

Merlin upset about Arthur’s lack of talking and behavior, he is worried but Arthur wont let him help. Gaius informs Merlin they have bigger problems, that Elyan has disturbed a spirit at the shrine and is now possessed. Gaius wants Merlin to convince Arthur of this. That night while Elyan lay in bed, the spirit of the boy (dripping wet) visits him. He tells him not to be afraid, then Elyan touches the boy and notices he is so cold. Elyan asks him what he wants from him, the boy informs that he must right the wrong that was done to him, he needs to kill the king. Elyan sword in hand goes to visit Arthur, and attacks him. The guards are unable to get Elyan and he escapes, the others are ordered to go after him, to capture. They pursue him through the castle, finally cornering him. They talk and Elyan says he had to do it, allowing Percival to get nearer to him, thus allowing him to knock him out. Elyan is thrown into the dungeon, where the spirit visits him in dismay. Lord Agravaine wants to put him to death, while Merlin disagrees that he is possesd. Arthur is left to decide what to do. Merlin decides he is going to break Elyan out and use magic to cure him of this spirit. He distracts the guards and gets him out, they get outside of Camelot and into the woods. Once there a ways Elyan then knocks Merlin out leaving him behind, before Merlin has a chance to drug him with the water. When Merlin awakens it is morning and not knowing where Elyan went he returns to Gaius. Gaius suggests that they find the shrine to learn more about it in order to help Elyan, Merlin leads him to the shrine, where they look around, but do not touch anything. Merlin finds the well where he can hear the boys cries and the screams of others in pain and dying. Merlin explains to Gaius that something horrible happens there. Gaius lets him know that it is Uthers doing that the spirit seeks peace for.

Once back at the castle Merlin visits an displeased Arthur whom has been looking for him. Once Merlin leaves with Arthur food tray down the hall he sees a guard that has been knock out, he runs back to assist Arthur. Who is again being attacked by Elyan, Arthur is able to fend him off, and Merlin stops him from killing him and lets him go. Arthur realizes that Merlin was right, Elyan was possesd, cause he spoke in a boys voice and was dripping went. Gaius explains about the shrine and his fathers attack to Arthur. That Arthur needs to atone for what happened for the spirit to be appeased, and Elyan to be freed of the spirit. Arthur is again faced with a tough choice, in regards with Elyan should they find him.

Later that night after Merlin has finished polishing Arthur’s armor, he sees a cloaked figure leaving the castle. Merlin follows, soon discovering it is Arthur whom is on his way to face Elyan and atone for what was done. Merlin of course goes along with Arthur to the shrine site. At the shrine Arthur sets aside his sword and calls out the spirit. He explains to Merlin that what Gaius said about that place was true, except that it was Arthur who led the raid and not his father. The spirit comes out, in the form of Elyan and speaks to Arthur through him. Arthur kneels down and speaks to the spirit about what happened and how he felt about it, how it still haunts him. He can’t right the wrong, but he wants to and promises that now that he is king he will do all he can to prevent such a thing from ever happening again. An give the druid people the respect that they deserve, and that he is truly sorry for what he has done (there are tears). The spirit hugs Arthur and whispers that he forgives him. Elyans body is released, as the spirit then is able to rise to the afterlife in peace. Elyan confused and tired faints into Arthur’s arms.

Then at Camelot, Gaius lets them know that Elyan will be alright. While Merlin states he likes to see the new emotional crying side of Arthur. In which Arthur returns that he is most wrong that there has been no change. Merlin wants a hug, so Arthur gives him a big rough bear hug!

This episode was one of the darker ones of the season tonight. I don’t know about you, but that boy was creeping me out. Interesting here to see Arthur’s state of mind missing Gwen, gives hope of her eventual return (which we see from sneal peek will happen in some form next week). Also, was very excited about Arthur’s words to the boys spirit. Really hope he meant it, that this is the beginning of a new Arthur. We have seen him change a lot throughout the seasons, but not close to being willing to like the druids or magic so far. What do you think will Arthur come around? Or continue to be against magic? On a side note, is it just me or has anyone noticed that Merlin is the only servant that is really ever with Arthur and the knights? One would think that there would be others with them like squires for the knights? Even when Uther was out of the castle where was his servant? Even Morgana didn’t always have Gwen with her. Not a big deal, just something I noticed, what do you think about it? Did you notice also?