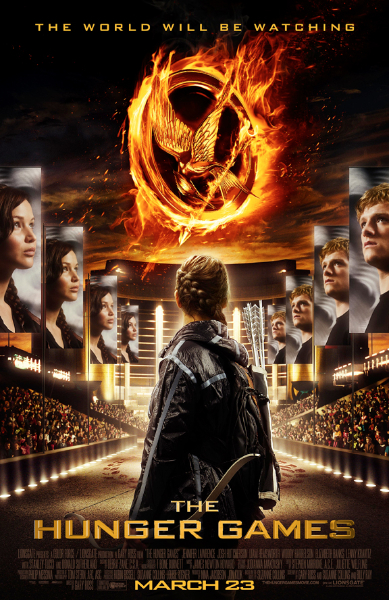 Twi-what? Harry who? Its not often that anyone can say that a book to movie translation was, about as perfect as it can be. But in the case of The Hunger Games, its overall finish was likely the closest match for a book to movie translation that has ever been done. I say about as perfect because, yes some things were changed or left out, but very few things. I shall put the warning out there now, if you havnt read the book or seen the movie, spoilers below. I will also metion I have read book 1 and did so before seeing the movie.

The year was 1985 and a movie came out that I have seen many times called Mad Max Beyond Thunderdome. While it wasn’t nearly as good as anything today, there was a quote from this movie that i couldnt stop repeating in my head while reading the hunger games and seeing the film,

“Listen all! This is the truth of it. Fighting leads to killing, and killing gets to warring. And that was damn near the death of us all. Look at us now! Busted up, and everyone talking about hard rain! But we’ve learned, by the dust of them all… Bartertown learned. Now, when men get to fighting, it happens here! And it finishes here! Two men enter; one man leaves.”

In the case of The Hunger Games, it was 24 kids enter, and only 1 leaves. Every person has their own view of what the landscape and scenery might look like, no matter what the author describes in the book. One of the best things they did in the movie was expressing the stark difference between district 12 and the capital. We enter the seam, with what looks like a poverty stricken class of people with very little but broken down shacks and dirty dusty trails. For me, this was a perfect translation of what I wanted the Seam to look like. Then we have the capital. Very much the glossy sheen I expected to see, right down to the fashion of all the citizens of the capital.

It cannot be understated that proper casting can make or break a film. One must take the words on the page and translate an image of a living person with whom they can make a fictional character come alive. I have to give huge props to the casting director for this film, each and every person chosen was a dead on match (in my mind). There are 6 mentions that were so good, they need to be talked about separately.

Rue – The book describes her as a tiny 12- year old from district 11 who can fly from tree to tree undetected. Amandla Stenberg did an excellent job displaying the shy and deadly Rue that nobody saw coming. Based on the books description of her, I felt she was dead on in looks and behavior.

Cinna – Ill admit that at first hearing that Lenny Kravitz as Cinna made me worried and I wasnt alone. Then I saw the movie and I felt like Cinna was lifted out of the pages and right on to the screen. The key point to his character is his sincere concern for Katniss and his quiet disgust for the capital and their games. Lenny pulled this off in a very calm and methodical fashion.

Haymitch – Ah the drunk former winner from district 12, is there really anything else to say?

Effie – The hair, the face, the way she talked, the dresses, everything about Elizabeth Banks portrayal of Effie was annoying, which means she nailed it.

Cato – Takes a lot of talent to go from skinny kid in race to witch mountain, to becoming the huge bulky career tribute who is brutal and has a lust for killing. With a single look he can stare you down. And at his end, his ego is still intact. Alex Ludwig was a real winner here, too bad we wont see him in the other 3 films.

President Snow – If ever there was a person who could pull off the tyrant of a president that Snow was, with the white hair and the seemingly harmless demeanor, it was Donald Sutherland. Until he speaks you feel as though he was your grandfather and best friend. But the truth is, he is ruthless and cares for nothing more then keeping power over the people. Something Donald shows on screen very well. 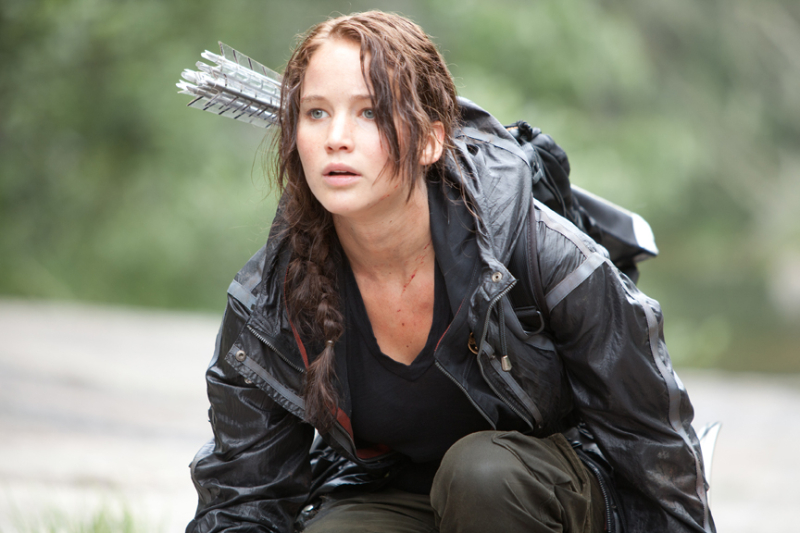 Okay so you are probably screaming at me because I didnt name Peeta or Katniss or Gale. The ones I named I felt were above and beyond just good. The rest of the cast were good and fit their roles well. As far as their acting goes, spot on to the character, their looks? I felt Katniss and Peeta were not 100% what I felt they would look like in my mind, but dont let that fool you. Their performances were great.

So now that I have done nothing but praise the film, I must point out the few things they missed (and I do mean few). These I felt were minor and didnt harm those who hadnt read the books and would not harm the future films. For those who read the books, it was a little bit upsetting but overall given the rest of the film, it can be overlooked.

So now its time for my rating. I am going to give the movie 2 ratings: The Movie itself and the Book to Movie score.

The Movie: 5/5 – A must see for lovers of the book and those who havnt read the book.

Book to Movie Score: 4.5/5 – I cannot claim its perfect, there were a few things missed but overall they were so few I felt it still deserved a score near perfect.