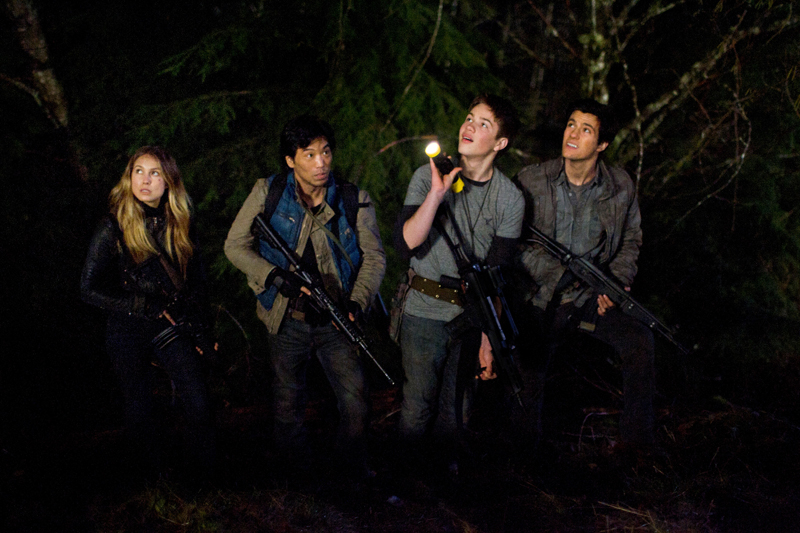 Season 2 is just over 2 months away and we are all chomping to find out what we can expect from the 2nd mass. When we last left them, they were running away from the school after they were attacked and the military went on the offensive against the invaders. Ben and Ricks differences have never been so great, and although Ben has not betrayed the humans yet, what will lie ahead for him now that Tom has agreed to go on the alien ship in order to protect him. Will Ben feel guilt? How will he deal with it? And what about Hal and Matt? Will they blame Ben for Tom leaving like that and what will happen to Tom once they find him. Checkout an exclusive new view released by TNT below and an overview of season 2.

TNT has already hinted at we will see in the upcoming season and here is another look at an overview of season 2.

As the second season of Falling Skies opens, three months have passed since Tom went willingly with the aliens in one of their ships. Nobody has seen or heard from him during this time, and his absence has taken its toll on his sons. Tom hoped that by agreeing to a dialogue with the invaders, he would not only free his son Ben from the invaders’ influence but also get a better picture of the aliens’ overall plan.

Many lives have been lost since Tom left, but the survivors of the 2nd Mass still struggle on with courage and resilience. Ben and his older brother, Hal, have stepped up as fighters but quickly butt heads as they both seek to secure their roles as leaders in their father’s absence. Hal has developed a strong, if not flirtatious, friendship with former renegade Maggie. Ben, meanwhile, has become a particularly strong soldier. But even though his prowess is a huge asset to the 2nd Mass, he has an independent streak that could place others in harm’s way.

Amidst the turmoil, Tom’s youngest son, Matt, struggles to find his place in a world torn apart by war and destruction. Also in Tom’s absence, Anne has become more of a maternal figure for the Mason boys. And Weaver, the commander of the 2nd Mass, continues to lead his fighters into battle against the aliens. The unknown effect of the harness continues to be an unfolding mystery and the 2nd Mass will discover the transformative powers the harness has on humans.

And now TNT has released the never-before-seen first minutes of the premiere of falling skies season 2 on facebook today and here it is: