Nick’s at Aunt Marie’s trailer, searching through everything to try to find what the mysterious key she gave him opens. He manages to knock over a bottle of ink during his search, soaking the key. When he goes to clean it by pressing it on paper, he sees that there’s a design on the key – but before he can do anything else, Juliette calls to remind him of their double date with Hank and his new girlfriend. As they arrive at the restaurant, Nick and Juliette discuss the fact that Hank didn’t mention the woman’s name, and once they meet her, Nick at least knows why. Adalind is sweet and lovely to Juliette and polite to Nick, but Nick’s not buying it – he’s sure Adalind’s up to something, and he confronts her near the bathroom. She denies that anything but falling in love is going on, but he still doesn’t believe her. 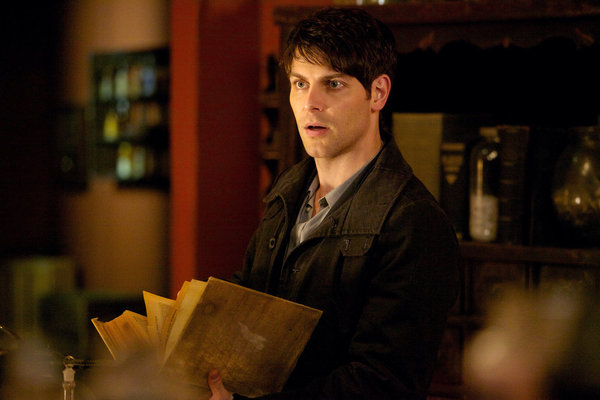 The dinner is cut short when Nick and Hank are called in to the scene of a double homicide – little do they know that it was committed by their very own Captain Renard, and that one of the men is his cousin. The two men were sent to try to make Renard move faster in getting the key from Nick, but he disagrees with them – violently. Renard has done his best to try to make it look like the two men killed each other – even to the point of swapping out the SIM card in a phone that was left behind (conveniently removing his number while he’s at it) – but Nick is still suspicious and thinks there’s a third person involved. Hank, unfortunately, is so obsessed with Adalind that he’s really not any help at all. 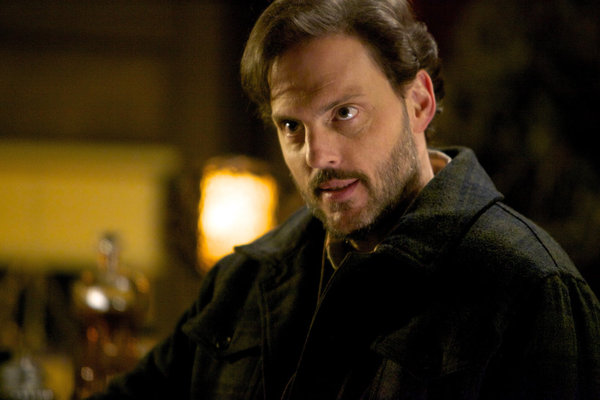 Nick goes to Monroe and tells him his suspicions of Adalind dating Hank, and Monroe agrees that no human would be with a Hexenbiest by choice, and she’s likely gotten to him with a potion. They call Rosalee and meet her at the shop, where they find Adalind’s list from when she bought the ingredients. They begin to look through a number of books for the right potion, but it seems many use the same items. 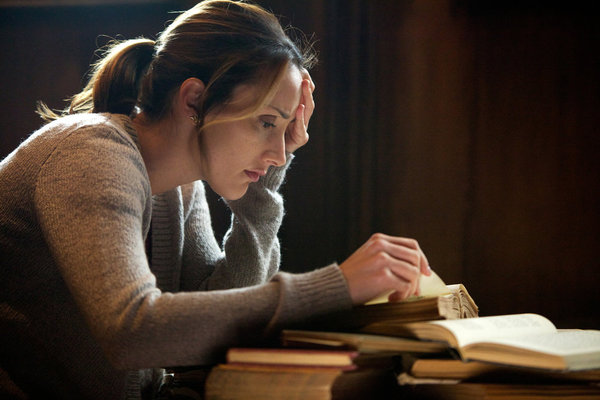 While at the crime scene, Nick sees Sgt. Wu eat an entire tube of Chapstick. When Nick confronts him, Wu denies it. A few hours later, Wu passes out back at the station and is taken to the ER, where the doctors find blockages in his intestines and stomach. They believe he has the disease pica, where people eat non-edible substances. They find coins, Chapstick, buttons, bottle caps and paper clips when they pump Wu’s stomach! Nick calls Rosalee and Monroe, who are fairly certain things won’t end well for Hank – especially if he and Adalind consummate their relationship. Rosalee is also sure that the potion Wu accidentally ingested was the one meant for Hank, and that’s why he’s eating all the strange things now. Both men need to be cured, and fast. 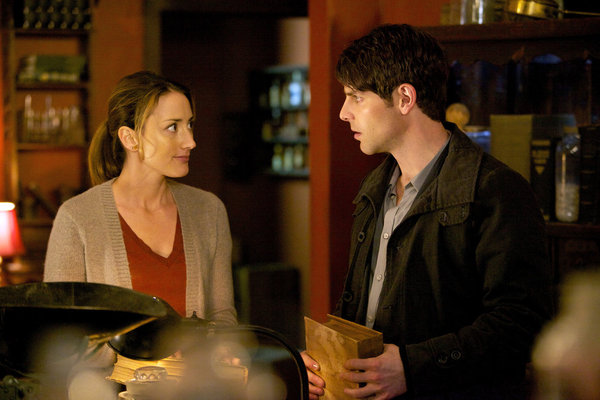 Rosalee makes the antidote, but it has to be given via a bizarre-looking nasal inhaler, so it’ll be interesting to see how they can get Wu and Hank to take it! They head to Wu’s apartment first where he’s busy eating the carpet. He doesn’t want to let them in and begins choking, so they break down the door and force the cure on him. He spasms a few times, but then comes to and has no idea why Nick, Rosalee and Monroe are in his apartment – or why he’s in his underwear.  While Wu gets dressed, Nick calls Hank and finds out that he’s already at Adalind’s apartment. They rush over and find the door open, clothes strewn everywhere and Hank seemingly comatose in the bed with Adalind nowhere to be found. Rosalee says that because the two have slept together, the antidote they have won’t work. Nick’s phone rings and it’s Adalind, demanding that he meet her and give her the key – or Hank dies. Rosalee says that the only way to save Hank is not to kill the Hexenbiest – but it will involve the blood of a Grimm. 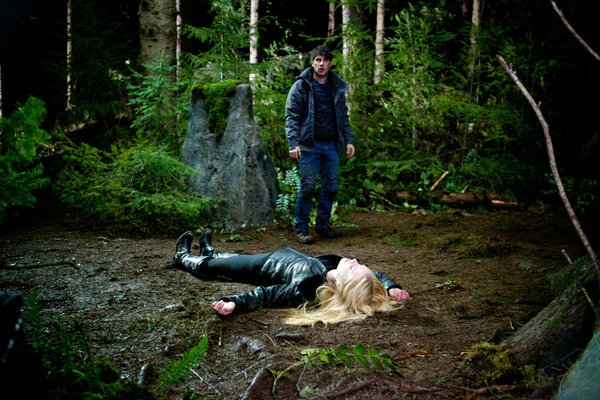 Nick meets Adalind and tells her that he hasn’t brought the key – but shouldn’t they just go ahead and settle their differences once and for all, violently? They fight in earnest, and finally Nick is holding her down when he kisses her forcefully. Without thinking, she fights back by biting his lip hard, causing her to get his blood in her mouth. This forces her Hexenbiest powers out of her, but doesn’t kill her. When she comes to, she’s a shell of herself, crying over the loss of her powers. She leaves, completely crushed, and Monroe calls to tell Nick that Hank is just fine. 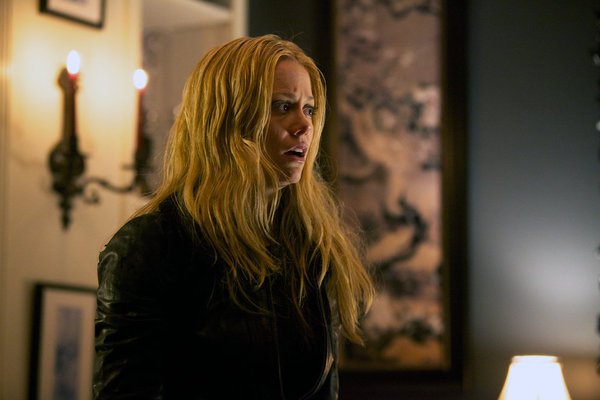 Adalind goes to her mother’s home looking for comfort, but is instead told by both her mother and Renard – whom she still loves – that she is nothing now and useless. She leaves the house, very much a little girl lost. 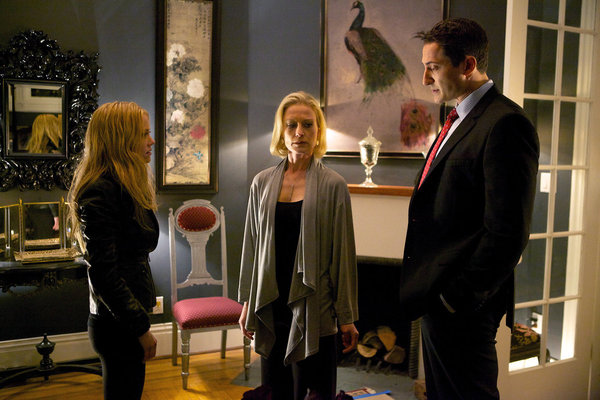 Nick goes back to Aunt Marie’s trailer, finishing his printing of the design that’s on the key. It doesn’t mean anything to him… yet.

What an incredible episode! This was one of the best of the season, hands down – congrats to the entire cast and crew of Grimm. It was great to get a number of the ongoing questions answered – what were Adalind and Renard after; did they have a previous relationship; would anyone figure out what was going on with the potions affecting Hank and Wu. I have to commend Claire Coffee, who has plays Adalind. She took her character from confident, sexy, powerful and nasty to broken, fragile, and empty right before our eyes – and it was magical. To go from really hating a character to very nearly feeling sorry for her in the space of minutes… amazing acting causes that reaction. David Giuntoli also deserves kudos for the scene where Nick defeats Adalind – it’s clear that Nick is also feeling conflicted by what he’s done. Granted, this has happened often for Nick, but considering this woman tried to kill both his aunt and his partner, no one would blame him for hating her. But he, too, seems to feel a bit sorry for Adalind – even he’s not at all sorry for what he had to do.

Questions still remain – the most pressing being what the key and the designs on it mean, and why everyone wants the key so badly. Renard’s motivations are still murky – if he wanted, he could kill Nick and take the key, so why hasn’t he? We’ve seen that he doesn’t have a problem committing murder. Is he really playing both sides here, and somehow trying to save Nick, too? Considering the mess with both Wu and Hank, it’ll be interesting if those stories get explanations in next week’s episode – poor Wu must’ve thought he was hallucinating!