With season 2 nearly here, we talked with Drew Roy in February about the upcoming season and what he felt was the most difficult scene for him to film in season 1. Connor Jessup, who plays his younger brother Ben, commented about the scene in silent kill when Hal comes to rescue Ben from a ‘skitter nest’. It took many long hours to shoot the scene that many felt was one of the creepiest scenes to date for the show. In this scene a skitter sat on top of a group of kids, like a nesting mother, petting each kid on the head. Hal sneaks in with a dead harness on his back and pretends to be one of the harnessed kids. When the skitter is caught off guard Hal kills it, and takes Ben and the other kids back to the school to remove the harness.

Drew commented that beyond having to lay on a hard floor for hours, some of the kids stunk (though Colin commented it was likely the prop clothing). After all, in a post apocalyptic world when you are captured and enslaved by aliens, do they give you a bath? 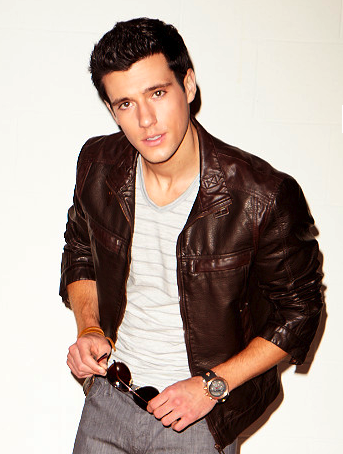 We spoke again with Drew last week asking about more of the juicy details into his character for season 2. Hal has had to step up in the absence of his father and not everyone is thrilled to have Hal barking orders.

Whether Hal is ready for it or not, he feels like he is. He is the kind of guy who is just going to cease the day. He doesn’t look in the rear view mirror very often. He is a guy who has a lot of confidence. Now you have his father stepping on the alien ship at the end of season 1 and three months have passed and its gotten to the point where in Hals mind its all just a dream and you have to move past it.

In the mean time someone has to take care of his two brothers Matt and Ben. Ben is still a young teen but because of him being a young teen and a brother, they both have a rebellious streak. As you mentioned before, Hal has been put in charge of his own group that go out and do recon missions. Ben is one of Hals guys under him and that means he has to take orders from Hal and Ben doesn’t really like that very much.

Everything that has happen to Ben from being taken by the aliens and harnessed and then the changes he is going through after being de-harnessed, and still having the skitter blood/juice in him has given Ben a new found power both physically and mentally and some things we are not even sure what they are. It has also resulted in this personal vendetta Ben has against the Skitters and in the opening 3 minute preview everyone saw you can see Ben shooting every last skitter, including the one that is about to die. He is going above and beyond to ensure every last skitter dies and at the same time putting himself and others at risk.

That results in a lot of friction between Hal and Ben and in turn some very interesting scenes. 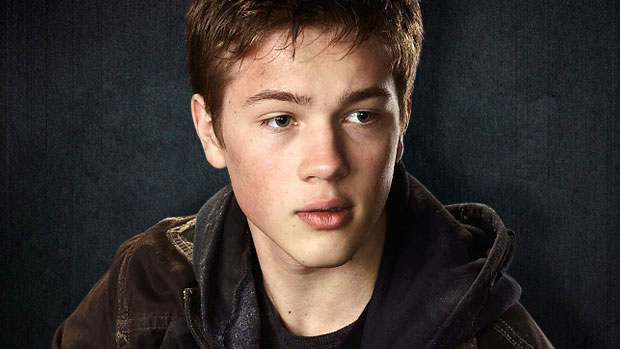 The trust, or lack of trust in Ben was a theme that started to show in season 1 when Rick and Ben were pushed away, being called ‘razorbacks’. All the others who had come back had their spikes gone, but Ben and Rick did not. Adding to this panic amoung the people was Ricks behavior in attacking uncle Scott and running to the skitters with open arms and all the intel he could remember.

Ben does what he can to help and reveals to Tom and Hal that he can hear the alien signal and uses that to their advantage to ward of an attack on the school. However just before that happen Hal caught Ben jump roping for what Ben said was a short time, but the stop watch said was hours. Ben hadn’t even broken a sweat. When asked about whether Hal trusts Ben or is a afraid of Ben, Drew had this to say:

Its a very touchy subject for Hal because Hal has no idea whats going on with Ben. All Hals knows is Ben is his brother, which means he is family and family is at the core of everything they are trying to keep together.  Hal has never known anyone who was harnessed and I took the approach of no matter what, Hal is going to protect Ben regardless of what is going on with him.

I look at it like handling a family member who has gotten tangled up in something that would mess them up or that would cause them to question themselves and you don’t want them to feel like you are judging them and Hal is there to try and help Ben. No matter how bad it gets for Ben, Hal will always protect him.

However, as we see in season 1 and more in season 2, Ben isn’t being transparent with everything that is going on and everything that he is feeling. The result is that Hal finds things out later than he would like to find them out and its putting others in danger. Its making Hal frustrated and irritated because he wants nothing more then to help Ben. People in the 2nd mass give Ben bad looks and overall don’t treat him well.

It was a great relationship to play, because you had to walk on egg shells with Ben. You can’t just barge right in and expect a response from Ben, and Hal is a very abrasive kind of person.

Hal finds out the hard way that Ben isn’t the bookworm younger brother that he can simply put in his place anymore. Hal teases about the scene that you will see where Ben and Hal get irritated with eahcother and lob a few verbal bashes at each other:

In the season premiere there is a scene where Ben and I get into it with each other and I go at him to hit him and with his bare hands he takes me to my knees with zero effort, right in front of my girl (Maggie) and its a very embarrassing scene for Hal.

Just to tease you all a bit, a line from that scene spoken by Ben: “Im not the math geek you use to push around. Deal with it”. Great scene that really helps underscore the dynamic that is Hal and Ben for season 2. Drew goes on to discuss his feeling of the direction of the plot and writing for season 2.

They took a dangerous and interesting approach. Season 2 had all new writers but it paid off in the best way possible. The direction of this season is darker, grittier, and edgier. I always felt that would benefit the show. There is nothing squeaky clean about an alien invasion. Its dark and scary sometimes. The heart of the story has always been the family dynamic with aliens and that hasn’t changed.

We will see more of the aliens. We are even going to see some new aliens, more action.

I asked Drew what he felt was the most interesting character arc or plot for season 2 and there are many interesting and very cool arcs going on in season 2 and Drews pick was Bens story. During our set visit in Vancouver, director Greg Beeman had commented a bit about Bens story saying that he had a very interesting story to come. Connor had to train up a bit for the role, getting a bit more in shape to take on the tasks that Ben would be facing in season 2. Drew elaborated further on Bens story saying:

I am going to give the best arc to Connor Jessup, Ben. He has a fantastic role to play. He does an excellent job of it. Its very unpredictable, it goes in a direction that I didn’t see coming. Its not in a way that doesn’t make sense, in fact it makes a lot of sense. As it unfolds its very interesting.