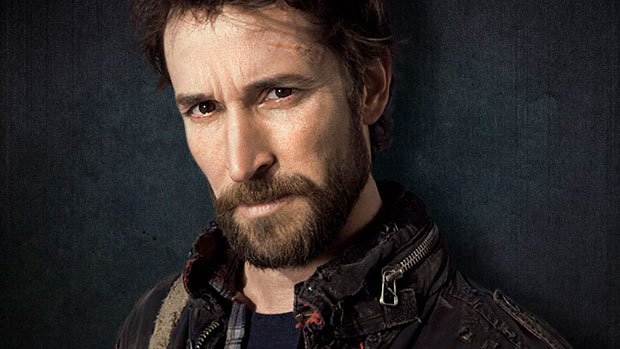 A bookish history professor from Cambridge, Massachusetts, Tom Mason probably never imagined he would one day be putting his extensive knowledge of military tactics to use in an actual war, much less one being waged against an occupying force from another world. Tom will do everything he can to protect his three sons: Hal, Matt and the recently rescued Ben. Despite having only an academic understanding of military history, Tom is named second in command of the 2nd Massachusetts, a makeshift regiment assigned to protect several hundred survivors, with their military commander, Weaver. Tom quickly proves himself a strong leader, but his fate after Season One remains a mystery. The last we see Tom, he is boarding an alien craft – surrendering himself in attempt to save his son Ben.

At the start of season 1, Tom was interested in only one thing, protecting his family. Not long after the invasion, Toms middle son Ben was taken by the aliens and harnessed. It had been nearly 6 months since Tom had seen Ben. The aliens were starting to find their small groups of resistance fighters and the general ordered them split up into smaller groups. Tom was made second in command of the 2nd mass, led by Weaver. Tom wasn’t sure this decision was the right one. The general told him he has no real life experience as a military leader and Weaver does but he needs someone with Toms knowledge to help keep Weaver in check. 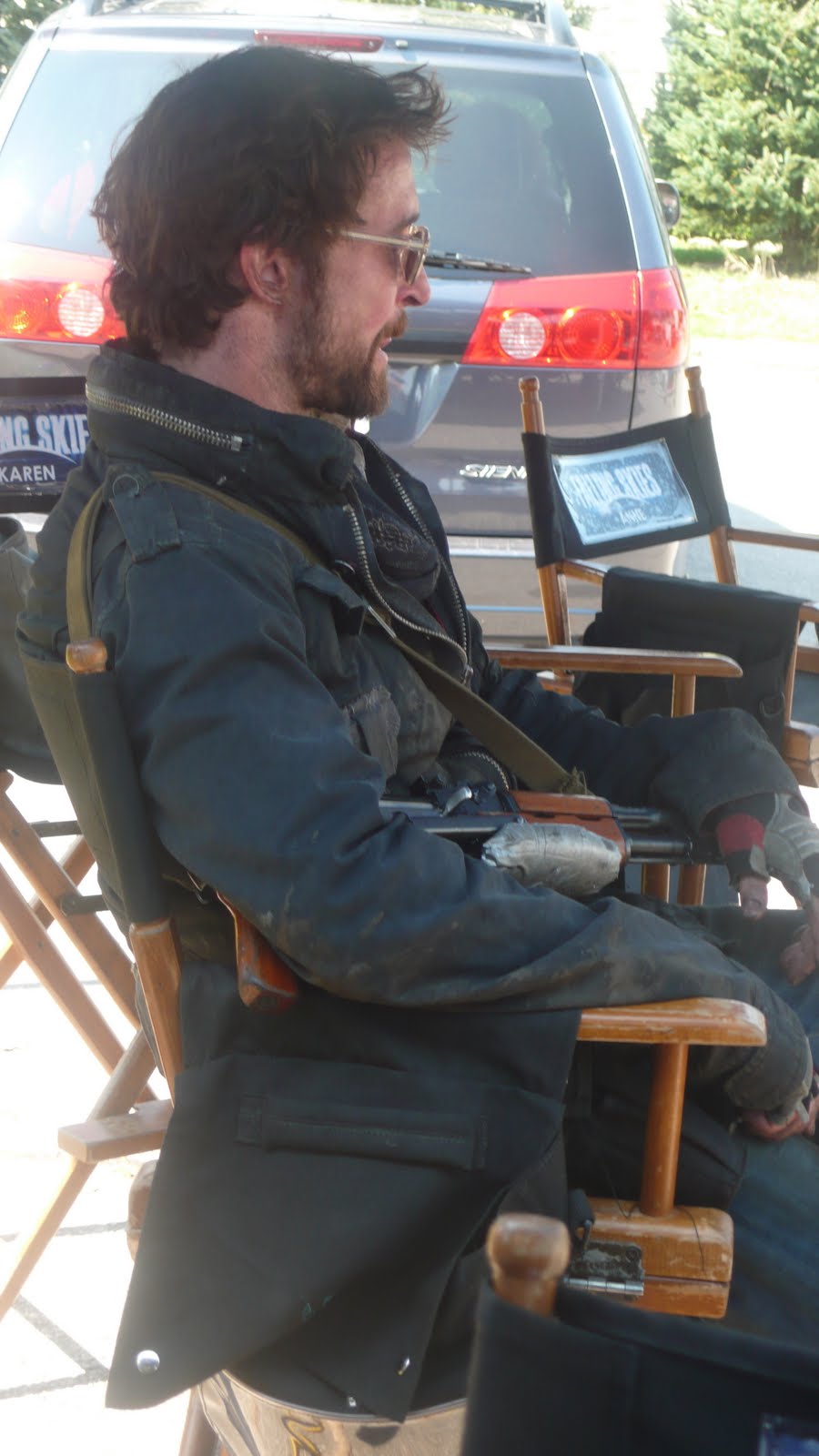 Tom proves himself valuable to the 2nd mass not only in military knowledge but as a voice for the civilians that Weaver seems to sometimes forget also have a voice. When they began moving out, Tom was sent out with a recon team that had a single goal, to find food and supplies. During this mission Hal ran into a patrol of Mechs leading a small group of children with them. Ben was among the group. Hal reported back to his father and was ready to go after Ben right now but Tom had to stop him in order to protect him. Going in blindly would only result in either Ben getting killed or Hal, maybe both.

Toms asks Weaver for permission to go after Ben and the others but Weaver is against it until they can get more guns and ammo. Tom and his fighters attempt to do so but end up hostage to an outlaw by the name of Pope. Toms intellect can be a blessing and a curse as he attempts to confuse Pope. In the end Tom gets his man and Pope is a prisoner of the 2nd mass. Before too long Tom gets his way and is allowed to go after Ben but not before Weaver asks to see a plan on how he is going to do it. Hal has a plan and he is going one on one with a skitter. 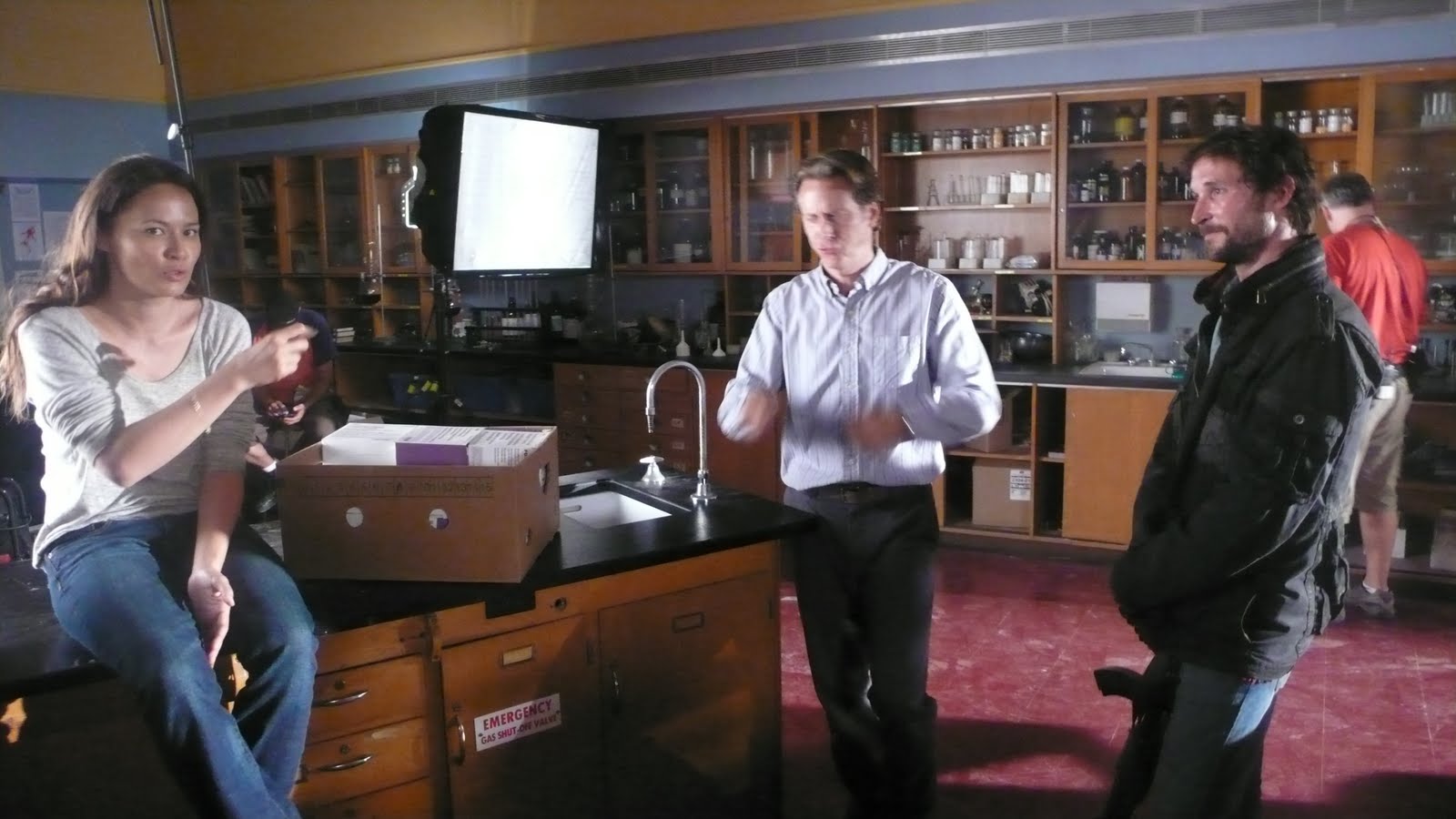 The plan works and Tom has Ben back, having removed the harness. Once Ben awakens Tom is thrilled he has his son back, but that is soon filled with some doubt about Bens full recovery. Hal notices more than anyone that Ben isn’t the same bookish teen he was before, but who would be the same after being harnessed. Lets remember Ben was taken away, harnessed for 6 months, and had something else thinking for him. Tom doesn’t understand what Ben is going through and for the first time is finding it hard to talk with him.

Tom begins to fall for Dr. Glass as things continue to get rough with the 2nd mass. Tom has had to move on from the death of his wife, and Anne has taken good care of his boys during everything that has happen. Despite any doubts Tom has about Bens state of mind, it doesn’t stop him from protecting all 3 of his sons when he can. Clayton shows up saying an alien patrol wiped out his group and they should move the children to a sanctuary to protect them. Weaver is easily fooled but not Tom, who questions the plan from the start. Even though he doesn’t like the idea, after a mech attack that nearly killed Jimmy, Tom goes ahead with the plan and lets Clayton take the kids with him.

Tom soon finds out that Clayton was dealing with the skitters, giving them children in exchange for not being killed or harmed. Ben runs to meet Tom and Dai in the woods after the children escape the farm and go into a nearby subdivision. Clayton cornered the rest of the kids but Tom had some help from none other than Pope in fighting back. Apparently as bad as Pope is, nobody harms kids. Tom ends up killing Clayton when he points a gun at Hal.

Tom has even more to worry about when Anne discovers the skitters were harnessed also, and although Ben is harness free, he may not be free from its effects. Anne has been noticing skin growing on Bens back that would indicate it is turning him into something. During a recon mission with Weaver and Hal to survey the structure over boston, Tom discovers a new alien, a tall skinny grey alien who seems to be in charge.

Weavers mission to attack the structure fails, and Tom learns from Ben that he can still hear the aliens. Ben uses this to help them fight off an attack on the school. After they won the attack Tom goes out looking for Weaver and his team. Weaver is hurt but alive and Anthony and Pope are injured but alive as well. Tom gets a lucky shot off on an air ship using a mech metal coated RPG. Small victory, or so he thought. As Weaver and Tom tried to head back, they were stopped by a girl in the road, it was Karen. When Tom got out to talk with her, an alien ship landed behind her and a grey walked out and began talking through Karen. She explained that the harness is a process, and Ben isn’t free from it. They will call Ben back unless Tom comes with them. They weren’t expecting resistance at this level.

Tom is a smart man, and deep down inside knows that going with them is a trap, they won’t help him, but his love of his sons prevents him from chancing that they might take Ben back. He hopes he may learn something from this and be able to use it to defeat the aliens. Season 1 ends with Tom boarding the ship.

Season 2 sees everything cranked up and edgier. Tom will learn things about the aliens that horrifies him and takes everything they thought they knew, and turns it all around. They were wrong. Can Tom continue to protect his sons? What about Ben? His changes continue to scare most of the 2nd mass and he won’t open up to Tom about what is going on. It time for us to fight, the only way we win this war is to kill every skitter in sight. 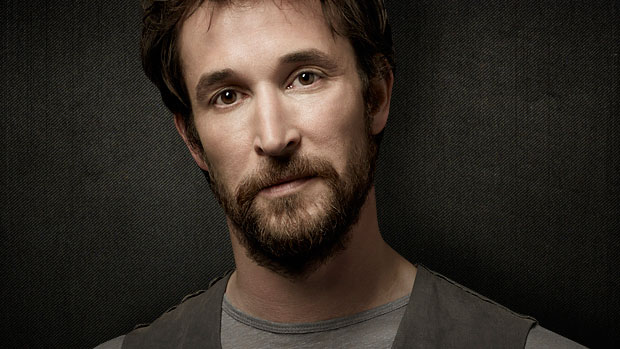 Wyle is best known for his award-winning work as Dr. John Carter on ER, which aired for 15 seasons on NBC. He received five Emmy and three Golden Globe nominations for his performance on the show.

Wyle has previously worked with TNT on The Librarian series of movies. Prior to that, he played Steve Jobs in TNT’s Emmy-nominated movie Pirates of Silicon Valley.

Wyle is involved in numerous issue-oriented initiatives, including serving as national spokesperson for Cover the Uninsured Week, an unprecedented effort to bring awareness to the 44 million Americans who have no health coverage. His other philanthropic involvement includes work with Doctors of the World, Human Rights Watch and Best Friends Animal Sanctuary. Wyle is also very involved and devoted to the theatre, serving as creative producer of the award-winning Blank Theatre Company.

Be sure to checkout our recent interview with Noah Wyle about season 2 and playing Tom Mason.