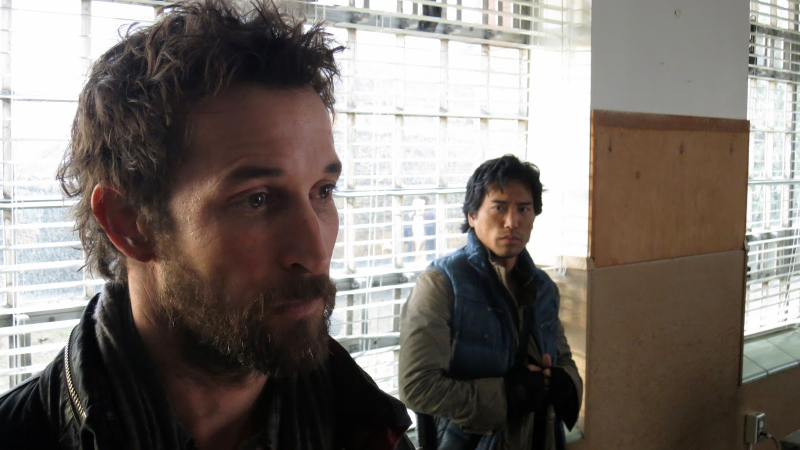 Greg and the entire team worked hard on this episode and it paid off. Molon Labe is by far the best episode of the season and involves some of the most complex scripting and acting of the season.

Greg comments about Jamil and his death. As we have learned quickly this season, anyone can be killed.

Beyond all that I’d like to talk about Brandon Mclaren and what a terrific guy he is. We wanted a new character this season to replace Uncle Scott. And we wanted a love interest for Lourdes. Brandon’s audition was spot on and he is obviously an amazingly handsome man. He had real chemistry with Seychelle Gabriel right from the beginning. But he also fit into our group quite well. FALLING SKIES cast is not a bunch of slackers. All of them, with Noah setting the tone – come to the set ready to work. It’s shocking how many actors on many, many other shows show up not knowing their dialogue, not really having thought about their character within the story – and sometimes, seemingly, without having really read the script. Well, not here.

I was quickly impressed with Brandon on one of my first days working with him. In the second episode I was doing a long, long one’r. It was the shot that traveled from character to character as the 2nd mass got ready to move out and cross the river. In the middle of that scene he had a long speech – and in every take he nailed it. I knew I liked him right then and there.

But as I’ve said before – people die on FALLING SKIES – and it could be anyone… If you know you are going to die on a TV show – it’s important to die well. I think Brandon’s death is the creepiest we’ve done – and he did an amazing job doing it!

The creatures that crawl out of the wall and end up ripping out of Jamil’s character (The crawlies, as the writers called them) was something that Steven Spielberg talked about, and was excited about in our very first creative meeting of the year. Mr. Spielberg loves the concept that the aliens use creatures from the various planets they conquered and re-purpose them as weapons. The harnesses, as we saw a couple of weeks ago, are living entities that attach themselves onto our kid’s spines. He had a vision of a creature about the size of a amazonian bird-eating spider. He talked about how the aliens would release these creatures and they could crawl through vents and walls and create a new level of distress for our heroes. Believe me I am as much of a fan as any of you guys, and the idea that I get to do what I do, and hang out in a room from time to time with Steven Spielberg, and that he is my boss – blows me away! It’s amazing to see him work, because his mind is free – he let’s ideas flow and he doesn’t self-censor. He is truly excited to do what he does and that, for me, is just great to know! 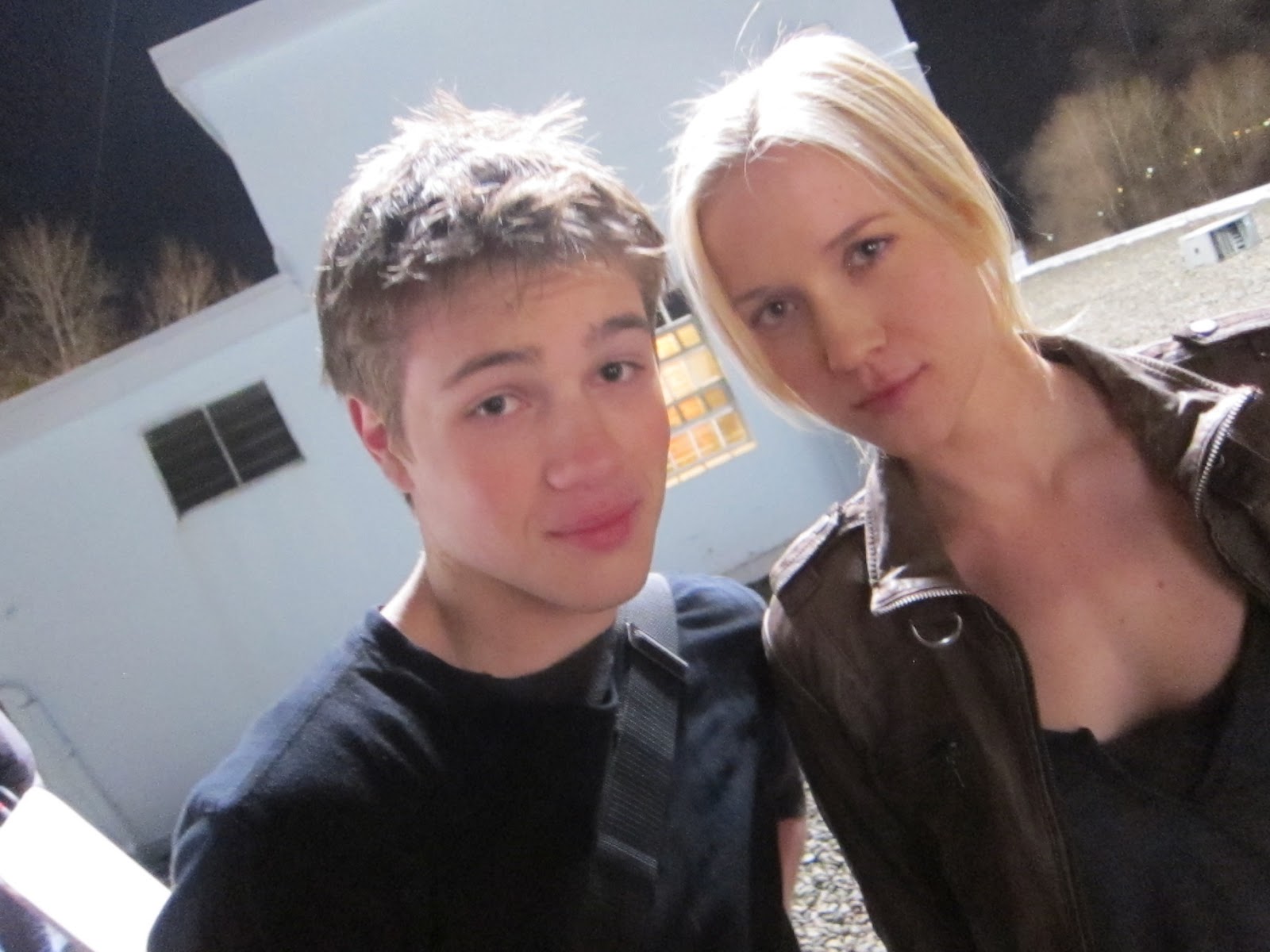 Greg also points out 2 of our favorite scenes this episode which were two interactions between Noah Wyle and Connor Jessup in the best father/son dialog on the show. Emotional and fluid, you just cannot get any better. Its also important to note some of these scenes were ad-libbed and done at the last minute. Both of them pulled them off with professional precision.

But I want to focus, here, on Noah and, our new budding star, Connor Jessup. The pace behind the scenes was as fast as it is in the show. I think Noah, and Connor did several amazing scenes together. The one in the hallway where they shout, and get into conflict – was very much developed on set. The script didn’t call for them to get that intense, or overlap dialogue with each other as much as they did – but the two actors kept pushing each other. Holly also shot that sequence in a long one-shot take – with Noah and Connor’s part at the end – the nature of the shot added to the intensity.

The scene in the middle of the episode where the overlord attacks Ben psychically is also terrific, and I think Connor’s performance, where he is letting the alien speak through him, is remarkable. As for Noah – remember, there was nothing for him to look at or act to when he’s confronting the overlord. Sometimes, literally, there was a VFX supervisor holding a broom handle with a tennis ball on the end of it to give Noah his 10-foot-high eyeline – but otherwise Noah was acting with “air” – which can be quite challenging.

The scene at the end when Ben is about to leave, perhaps for good – is also, for me, one of the most touching of the year. These two have a great chemistry together with all the friction and love of a real father and teenage son. This final scene, once again, had a big challenge to it. After a HUGE day of work, this scene was shot last – as the sun was setting. So Noah and Connor had to rush the scene to get it done before the sun set, and yet never lose sight of the rythyms and emotions that are important to that most-important final scene.

Read more of Greg Beemans blog and just what goes into making an episode that is over budget.