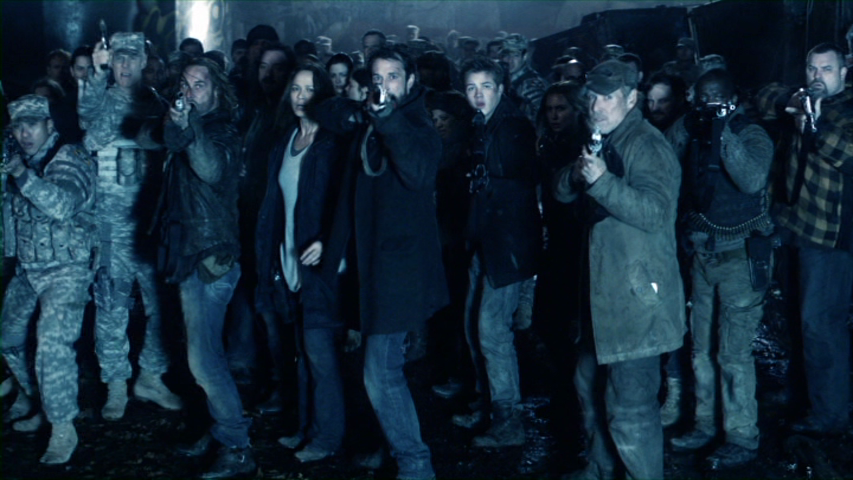 Falling Skies season 2 came to an end with a huge cliffhanger and the introduction of a new species of alien creature. They promised that they would top season 1’s cliffhanger with Tom walking on the alien ship and they certainly did that.

This episode was a welcomed mix of political intrigue and alien action. What I loved most about this episode was the backstabbing nature of General Bressler (Matt Frewer) and the new depth to the overlords background.

Ben makes his return in this episode, a second in command to Red-eye, of a skitter army. He is more confident and sure that the decision he made was the right one. He and the skitters came to Charleston with important information about the overlords. This season has seen a lot of development of Ben emotionally and physically. Ben was in a struggle to determine where he belonged, with the skitters or with his family.

He came bearing more background on the alien race that has, to our knowledge, enslaved 2 races so far. The ‘Ashpheny’ as they are known, do not use computers or storage devices. Their entire operations and data are stored in their minds. One overlord overseas huge sections of the interplanetary operations. It appears the overlord they caught in Molon Labe was in charge of all military operations in the eastern US.

Ben and Red-Eye have learned of a weapon and that the overlord will be there to oversee it and they want to strike now and take him down. Bressler is less than convinced about the entire idea that these skitters are looking to take down their masters. The attack he authorized on Ben and the skitters was an interesting twist, as not only were skitters killed but so were several de-harnessed humans. Matt Frewer plays off the disinterested and deceiving General all too well, much like Manchester (Terry O’Quinn) played the tyrant amazingly well.

Hal and Ben had a tender brother talk outside Charleston. Hal comes to talk to him, he is staying with the skitters and a group of de-harnessed kids. Ben jokes with Hal about sleeping upside down like the skitters. He commented he has made his choice and he feels like he belongs with the skitters, even saying ‘we’ when speaking about the skitters in the group. I loved this scene because Connor and Drew played the brotherly interaction so well and fluid. It was a genuine moment.

Another interesting development in this episode was Annes pregnancy. Emma Loggins with FanBolt.com and I were at Comic Con and tweeted out a comment about Moon Bloodgood being pregnant and wondered if they would work it into the story. At the time we had no idea they had actually done that. It was nice to see they didn’t make it an Anne tells Tom thing but instead made it a reveal to Tom during a torture scene with Karen and the overlord.

The Weapon & Red-Eyes trust in Ben 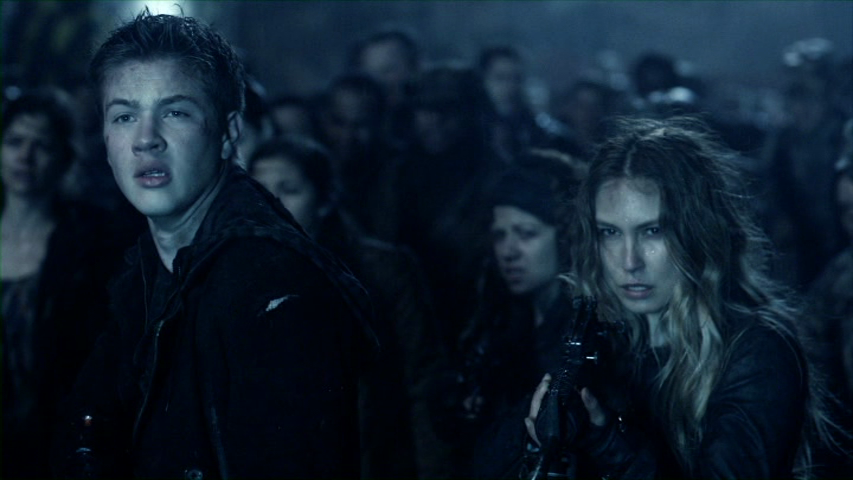 The weapon the aliens were building was interesting. It looked like a planetary bombardment weapon but was pointed up at the sky, something Tom noted when they were attempting to destroy it. What I found most interesting was the fact the Ben knew this already, commenting it wasn’t meant for humans. We don’t get any further explanation before they are ambushed but what that tells us is Ben has a lot more to say still. Back in the episode Love and Other Acts of Courage

Red-Eye trusted Ben to a level that nobody had given Ben since his rescue. That trusted went as far as giving Ben access to everything Red-Eye knew. At the end when Red-Eye was dieing there was a moment where Red-Eye was speaking to Ben and telling him something. Ben simply broke down and said he understood. We later find that Ben has made his choice about where he belongs, a season long decision. He has chosen to stay with his family and not the skitters, for now.

For Ben this is a midway point to his character. He spent most of the season being pulled in 2 directions with the humans and the aliens not feeling that he fit in anymore with the humans but not trusting the aliens yet. It was only after nearly being taken hostage again by the overlord that Ben decided to join up with Red-Eye and fight along side him. In the end they accomplished their mission. With that decision made, season 3 promises to expand on and look deeper at the physical consequences to his formerly harnessed state.

The Death of a hero and a great friend

This episode also saw the death of a much loved fan character Dai. In our recent interview with Peter we discussed his death and the fact that it was needed for the story. His characters role was not as deep as we would have liked this season, in fact he was on screen far less than season 1. We were very upset to see so little of his character in season 2. It started out okay with some important scenes with Dai and Hals team which included Maggie, Ben and Jimmy. In a season filled with death, this was one of the most unexpected ones. Dai was a main character since season 1, much like Jimmy. It is hard for us fans but it felt like on screen it was brushed off a bit too easily. I hope they plan to expand on some grieve among the group in the start of season 3.

Peter Shinkoda is the nicest person you would ever meet in person and it was sad for us to see him go. However as a professional and a lover of good solid story telling, Peter felt that sadly Dais death was an important and necessary thing for the advancement of the story. While we do agree with him on that point, it doesn’t mean we have to like it. 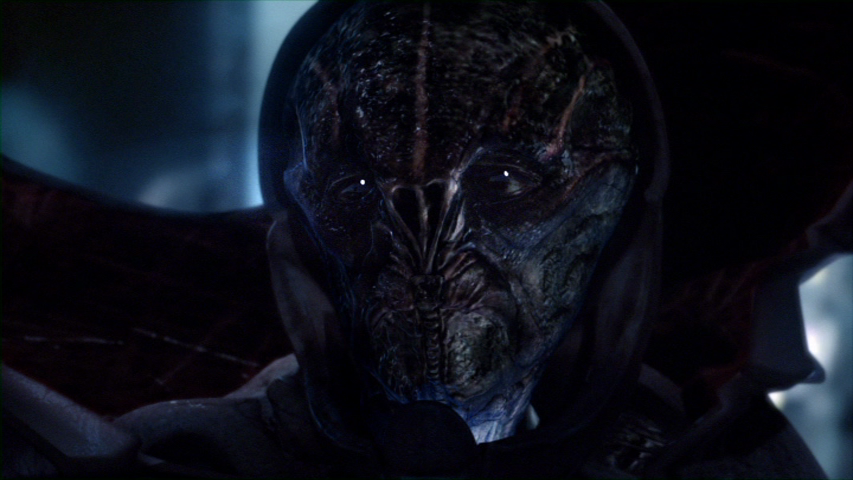 New aliens fall from the sky and they are unlike anything they have seen. The ships for starters are nothing like the overlords ships and thus lend to the idea that they are a new and unrelated species of alien. When the being walks out of the ship the first thing I notice, is 2 legs and a space suit. The helmet opens and we get a good look at a monkey like humanoid creature.

The writing and directing

The writing that setup this scene and Bens final decision were well written and performed perfectly by Connor Jessup. I have always loved Greg Beemans work and his directing work on this episode shined through. The combined writing talent of Remi Aubuchon, Bradley Thompson & David Weddle also gave us an intriguing ending to the season.

The ending leaves us with far more questions than we started with in season 2. Season 2 answered some basic questions about the aliens background and what the harnessed kids are being changed into. We did clear up the question of whether the kids are turning into skitters. The answer is no, the skitters were an enslaved race themselves. However its clear the kids are getting an exoskeleton skin that is hard and scaly like the skitters. Why the aliens are doing this and their end game is still up for debate.

The season started out loaded with action and ended with the universe around the 2nd mass expanding beyond their band of survivors. We saw great expansions to key characters this season including Maggie, Matt, Hal, Anne, Lourdes, Ben and Karen. Season 3 promises to continue to expand these characters and as Connor Jessup mentioned in a recent THR interview, Bens story is at its midway point, and there is a lot more to say. The word from on set is that the first episode of season 3 has even more action than any episode of season 2.

Be sure to checkout our upcoming article where we discuss theories and ideas about where characters may be going and what these new aliens mean later this week.