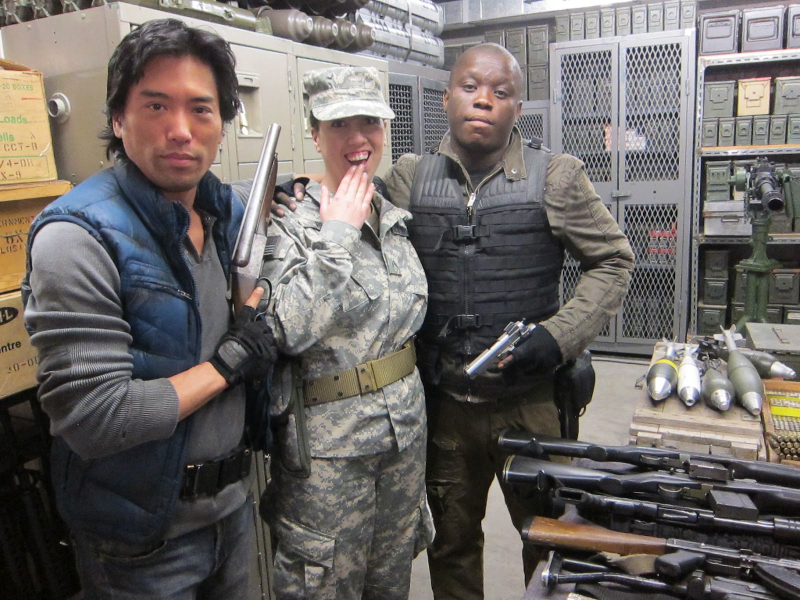 The season finale left every wanting more now but also sad over the loss of another fan favorite. This weeks episode was written in part by Remi Aubuchon and directed by Greg. Its never fun having to tell a cast member he dies in this episode, but the cast took this one especially hard.

Before I begin in earnest, though, I must acknowledge another fallen comrade… Peter Shinkoda, who has been on FALLING SKIES since the pilot as Dai. Peter is a great guy, and when word of his demise in the script came out, the cast and crew took it very hard. He is a fun person, a hard worker, and we will all really miss him a lot.

The skitter battle and the CGI were also top notche and when you truly understand the work that goes into making those shots work, you realize how difficult it is.

As a director, the most exciting and challenging scene to design was the skitter battle, where a swarm of rebel skitters pour into the room and fight the skitters loyal to the invading overlords. The battle between red-eye and the overlord and read eye’s death are also a part of that. In the early concept meetings, when we had only an outline – the crew asked me – what’s that going to be like. I smirked, as I do, and said “Did you ever see Peter Jackson’s KING KONG, when Kong battled the T-Rex in the swinging vines. It’s gonna be like that!” I was joking, because that, of course is ridiculously out of our budget range. But it got me thinking, and I started to imagine a battle that was done in very few shots, very chaotic, and that the Overlord/Red-Eye fight would be done with both a lot of character and camera movement, but mostly in one shot.

As I conceived of this sequence, I tried to imagine it in as few shots as possible. I also referenced, for the crew, BRAVEHEART — when Mel Gibson’s character comes out of his tent in the middle of an ongoing battle. That’s how I saw Tom coming into the fight.

Some of this was pragmatic – because I knew we didn’t have the money for unlimited VFX shots, and so skipping over the entrance of the skitters into the room was important. Also VFX shots are bid out on a shot-by-shot basis – so one very long shot, even if it’s super complex is cheaper than a series of many shots.

We were filming in February in Canada in the middle of a gigantic metal grain silo. It was freezing outside, but the metal silo was unheated and it was actually colder inside than out. We were in that place for two hard nights filming until 4 or 5 in the morning. It was SO brutal, and I was SO tired… as was everyone else too!

But, because the script had come in very late, and because of the huge budget battles we had approaching production – I hadn’t had time to storyboard the sequence as we normally would. Everyone knew more-or-less what I wanted to do, but no one knew for sure. And as we finally got to the action-packed part of the scene, I started describing it, and Curt Miller, our visual effects supervisor came up to me and said – “How is ZOIC going to know what you want, if we have no storyboards, and all we are going to film is a pass with the camera waving around across empty walls and then panning to Noah. How will they know where to put all the skitters?”

I was blank-faced and said, “What do you suggest?”

He said, “Well maybe we need to get the crew to act it out and film that as a reference.”

Something about that idea, at three in the morning in a G*dd#mn, cold-ass silo cheered me up… Because I could already imagine how ridiculous it would look – and ridiculous things make me happy. So we grabbed every P.A. (production assistant), and assistant director and any willing crew member and I started running around an assigning them roles. “You’re a rebel skitter, you come from here…” “You you’re a loyal skitter you come from here. You two run together leap in the air and clash in mid-air.” Then I ran to the next guy and the next guy giving them all assignments. To make it better everyone was wearing dorky-looking safety vests and hardhats. I chose to play the overlord. Curt played red-eye and Noah Wyle continued to play Tom.

Everyone got super into it and, just as I hoped, when the whole thing came together, it was super ridiculous. PA’s were leaping around and flailing there arms like claws, and falling on the ground dead and so on. I remember, Remi was very amused and delighted by the whole thing, as were all the cast on the sidelines.

After we filmed it and ZOIC said it was actually very helpful, if not vital that we did that. There are some rouge videos out there of the “Battle of the P.A.’s” as I ended up calling it. God I hope one of them makes it to YouTube someday.

Checkout more of Gregs blog here. Also checkout these behind the scenes photos and a tribute video done for all those who have died on the show so far. 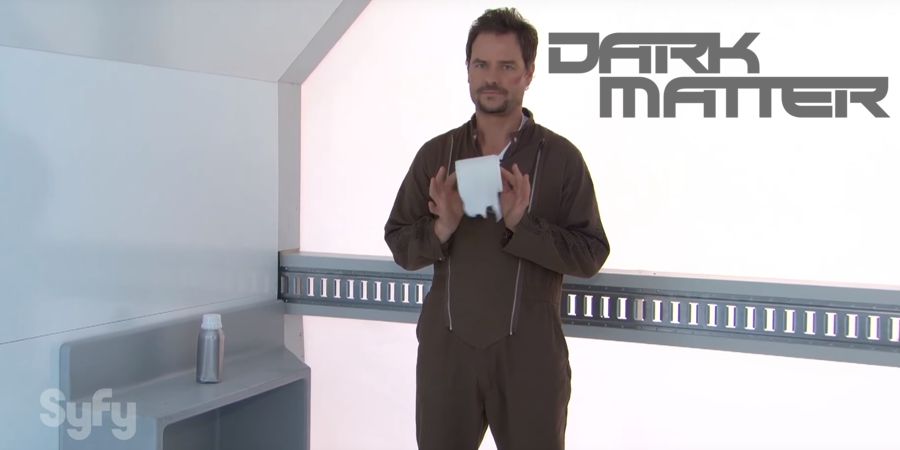 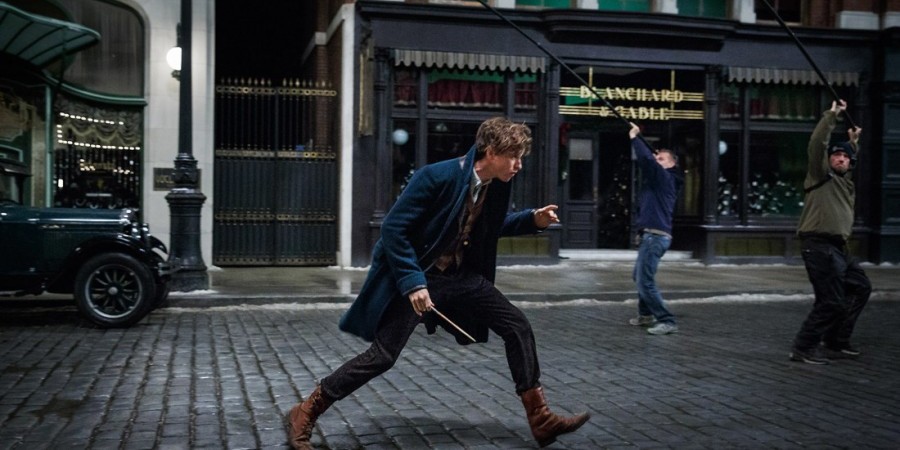 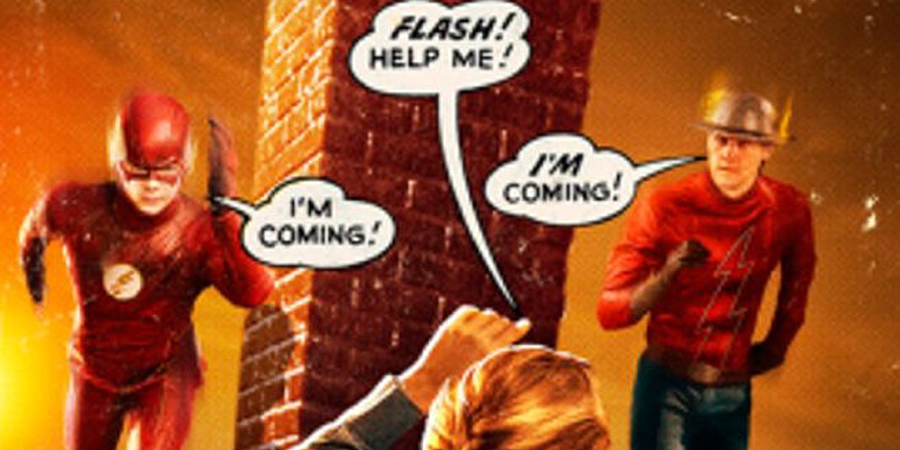