A ship comes into Portland harbor and leaves behind a shipping container. A guard notices that it’s leaking what looks like blood, so a team of guards comes to open the container and discovers a horrible scene of carnage – body parts everywhere, words scrawled in blood. Unfortunately for them, the creature responsible is still there – a sabert00th tiger-like Wesen, and they quickly become his newest victims. Once they’re also dead, he leaves the scene. 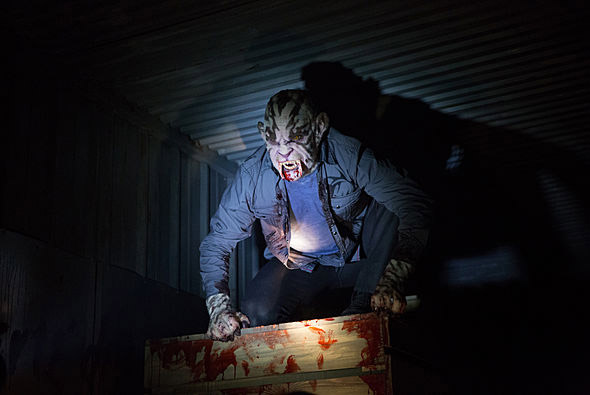 At about the same time, Nick’s fight with Kimura ends and he finds himself facing… his long-dead mother. Moments later – and before they can really catch up beyond her saying that she’s been hunting his father’s killers all these years – Sgt. Wu and Captain Renard arrive with reinforcements and take Kimura away. Meanwhile, Monroe and Rosalee are finally able to test Adalind’s cat, but the results are the worst possible, and they know they need to talk to Nick immediately. After the police leave, Nick’s mother reappears and tells him more. Nick’s father was killed along with a female friend of theirs who’d been staying with them. By sending them away, she’d hoped to keep them safe… but instead, they were killed and it was assumed that the friend who died was her, because the assassins took her head. Conclusive tests couldn’t be run. Since that time, Nick’s mother has been searching for those responsible for the deaths, so she could find out who had ordered the hit on them. 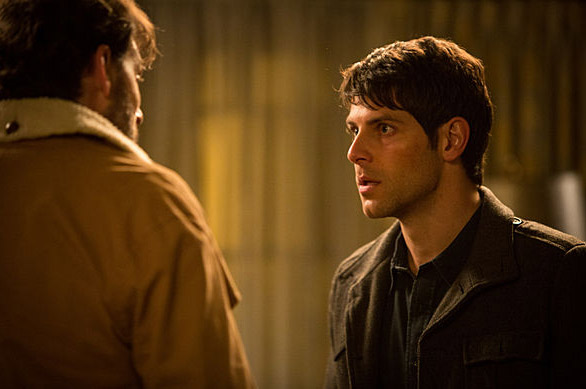 Monroe and Rosalee arrive and Nick’s mother immediately attacks Monroe, as any typical Grimm would do. Nick stops her from harming Monroe and Rosalee, but his mother is clearly shocked that he considers Wesen friends. Ignoring that, Rosalee explains that Juliette is in far more danger than they’d thought, but she has a potion brewing that she hopes will work. Nick thanks them and walks them out, then returns to talk further to his mother. She claims that she’s stayed away all these years in an effort to protect Nick and keep her enemies from going after him. In the search for those who killed her husband and friend, she also became involved  in the fight against the royal families, who are attempting to regain the power they once had. She also wants to get the Coins of Zakynthos from Nick so they can be destroyed as soon as possible. 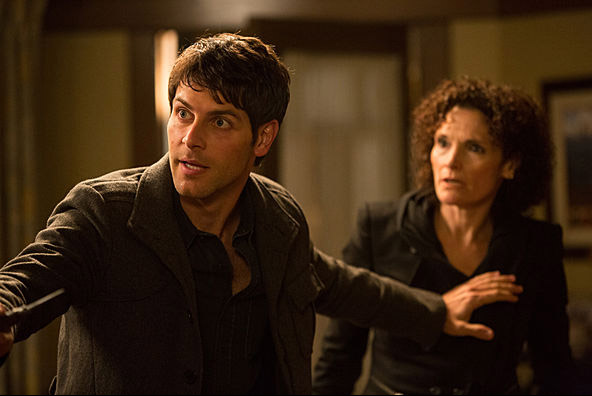 Captain Renard checks on Juliette in the hospital and quickly realizes that she’s not in any sort of a normal coma. He heads to Adalind’s mother Catherine’s house, demanding information. Since Catherine doesn’t know where Adalind is, he says that Catherine is responsible for fixing the mess her daughter has caused. Renard has put too much time and effort into Nick to have everything ruined now. 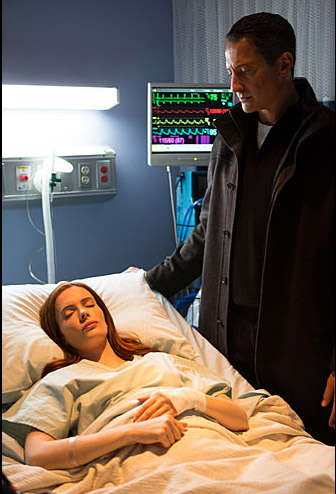 The next morning Nick and Hank are called to the scene at the harbor. Nick immediately can tell that there must be a Wesen behind this, but before he and Hank barely begin the case, the FBI take it over. Now what?

Nick brings his mother to Aunt Marie’s trailer, and it’s clear that she’s very familiar with it. She tells him stories of the different items that were brought by their various ancestors, and tells him that she, Aunt Marie, his grandfather and his great-grandmother were all Grimms. Women become aware earlier in life than men do – she’d started seeing Wesen at age 10 – but there’s no way to predict who will be a Grimm and who won’t. All they know is that it’s inherited. Nick tries to give her the coins, and she says they have to be taken to where they were forged to be destroyed – the island of Zakynthos. He then asks for her help and shows her the crime scene photos – they discuss the Reapers and it turns out she knows about him sending the heads back. When she sees the photos of the bodies, she’s pretty sure she knows what Wesen has caused it – a Mauvais Dentes – but she needs to see the bodies. She tells Nick to put the coins away again and they head out to the morgue.

We see a castle somewhere – France? – and then a dungeon scene where a man who is in ‘the Resistance’ is being beaten. The phone rings and the master answers it, and it’s the man who is the Mauvais Dentes, reporting in. Then, Catherine shows up at Rosalee’s shop in Portland with a list of ingredients. Rosalee tells her that she doesn’t have one of the items, and Catherine shows her Hexenbiest and Rosalee says she’ll try. Catherine leaves her number, and Monroe and Rosalee call and tell Nick. Nick and his mother are in the morgue and she’s sure now that it’s a Mauvais Dentes, which will draw its prey in catlike if at all possible. Catherine calls Renard to tell him Adalind is gone, but she’s working on the potion for Juliette. 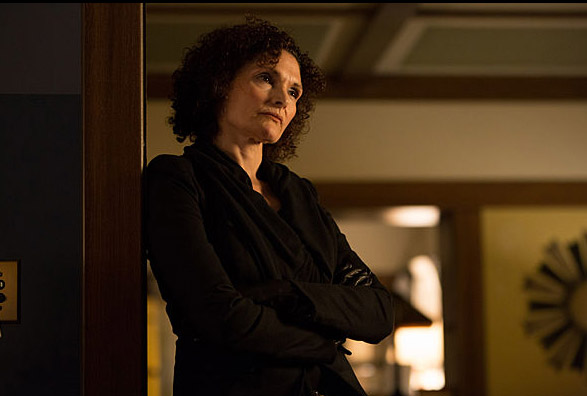 After Nick tells his mother what Catherine said, she asks if Aunt Marie gave Nick anything before she died. He tells her about the key – and she tells him that she knows it’ll make a map. Once back in Aunt Marie’s trailer, she opens a secret drawer and pulls out a page of one the first diaries kept by a Grimm. According to this page and legend, there were 7 keys forged by the knights who fought for the 7 royal families in the 4th crusade. Put the maps from each key together and they make a giant map which leads to the treasure taken when the knights sacked Constantinople. The knights were the ancestors of the Grimm, and some of them worked for the royal families. The Wesen fought for the royal families – and the royals needed the Grimm to control the Wesen, just as they do now. There was one thing in the treasure that was more powerful than anything else the knights had ever seen – but no one knows exactly what it was. All they know is that it would allow the royal families to control the world. His mother tells Nick that someone in the royal families has sent the Mauvais Dentes after Nick to kill him and get the key, and they decide that they need to talk to Kimura. At the same time, Renard makes a call where he agrees to silence Kimura before either of the TWO Grimms get any information out of him – and says he doesn’t want the family to know. Kimura then gets a really bad sandwich.

The Mauvais Dentes calls the FBI and reports the truck they’re looking for. The FBI duo heads out to check into it, and they’re immediately attacked. At the same time, Nick discovers that Kimura is dead. He then gets a call from the female FBI agent – she tells him that ‘he’ has killed her partner and that if Nick doesn’t come, he’ll kill her, too. Nick and his mother head there, and then go in separately. Once inside, Nick gets a call from Rosalee and Monroe – it’s time to give Juliette the potion, and they only have 45 minutes. Then the Mauvais Dentes attacks Nick, and… the episode ends. To Be Continued next week! 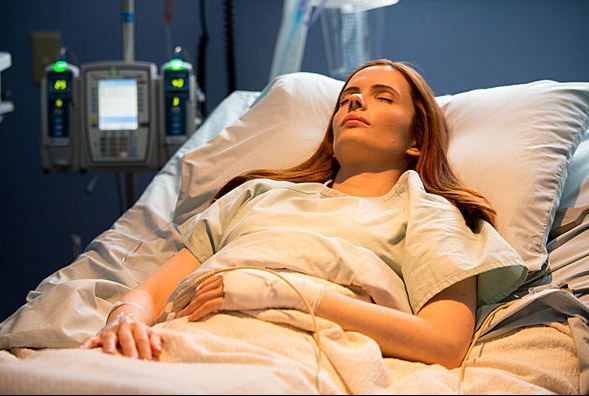 What an amazing season premiere! I don’t know about the rest of you, but I really wasn’t expecting to have so many of my questions answered this soon. We find out where Nick’s mom has been – and I’m still unthrilled that it was the typical “not around in the hope that the kid will be safe” thing. Really – you knew your sister was a Grimm, and you left your son with her, knowing there was at least some chance he’d inherit this ‘gift’ – but that was protecting him? Horribly overused plot device, but let’s move on. It’s certainly taken her long enough to track down all the jerks behind the death of her husband and friend – here’s hoping she starts telling Nick more about the royal families and working against them and why – because right now, the only reason is that they a) want to kill Nick (and possibly all Grimms?), and b) want the big thing that the eventual map will lead someone to that no one knows much about.

The meeting of Nick’s mom and Monroe and Rosalee was a LOT of fun. I find it very interesting that they were far more accepting – albeit VERY scared – of her than vice versa. Clearly years of Grimm conditioning have caused this, and perhaps this is one thing Nick can be grateful that he was spared. If he’d been brought up knowing about Wesen, he would be just as prejudiced as his mother – and presumably Aunt Marie – are and were. Without even realizing it, he’s already started something of a revolution, and it’ll be very interesting to see how this progresses in the series. Will his mother come around, and realize that not all Wesen are bad? What about other Grimms?

Renard, Renard, Renard… what do you really want? Will we ever know? You want the coins, you want the key, you want to be in control of Nick… but why? What’s the end game here? Too soon to tell, but I have to say that I’m concerned for Juliette. I suspect there’s going to be a race in next week’s episode to see who actually ‘saves’ Juliette – and I believe ‘saving’ may mean far more than it seems at the outset… 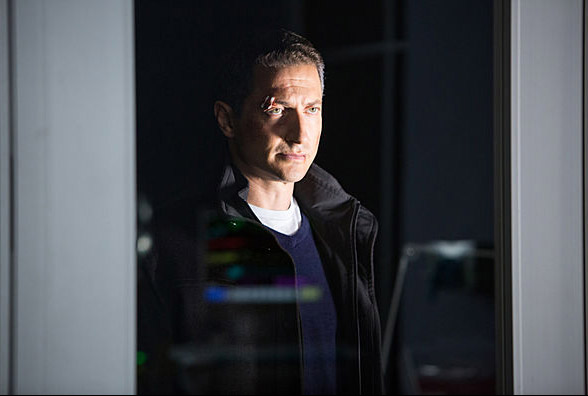