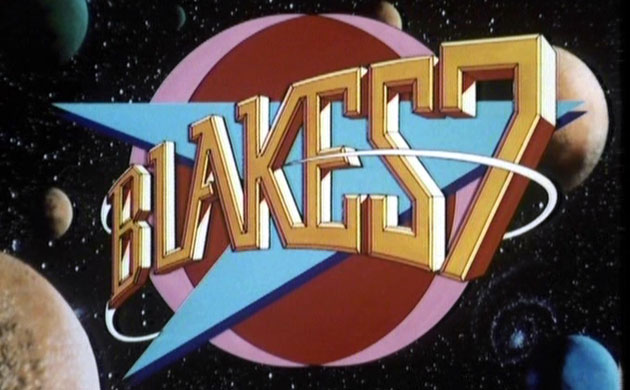 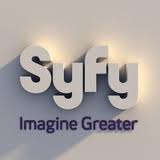 Deadline is reporting that Syfy is developing a reboot/revival/remake of the BBC classic science fiction adventure Blake’s 7.  The network is teaming up with Georgeville Television, an independent TV studio which was founded earlier this year, who will produce the remake.

The pilot will be written by Joe Pokaski (Heroes) and directed by Martin Campbell, who directed Casino Royale.  The show has been given what is called a script-to-series commitment by Syfy, which means if Syfy likes the pilot script they’ll order a 13-episode season.  Hopefully they’ll like what they see and we’ll finally have a space-based science fiction series on television again.

Originally created by Terry Nation (Dr. Who), Blake’s 7 premiered on the BBC in 1978, running for four seasons (52 episodes). The series centered around hard-core renegades and criminals who escape from a prison planet, battling humans and aliens alike – and becoming heroes.

Syfy is a media destination for imagination-based entertainment. With year round acclaimed original series, events, blockbuster movies, classic science fiction and fantasy programming, a dynamic Web site (www.Syfy.com), and a portfolio of adjacent business (Syfy Ventures), Syfy is a passport to limitless possibilities. Originally launched in 1992 as SCI FI Channel, and currently in more than 98 million homes, Syfy is a network of NBCUniversal, one of the world’s leading media and entertainment companies. (Syfy. Imagine greater.) 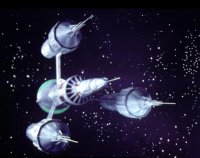 Blake’s 7 premiered on the BBC in 1978 and ran for four 13-episode seasons.  Created by Terry Nation, famous for creating the infamous Daleks, the show was inspired by a range of shows such as The Dirty Dozen, Robin Hood and Star Trek to name a few.

The series takes place in the far future and surrounds the exploits of a group of convicted criminals who escape from prison in an Orwellian society.  Setting out on adventures aboard an abandoned starship, this group of social misfits and criminals fight against the iron-fisted Terran Federation in an attempt to destroy their control over planets and societies.

The budget was paper thin, as were most of the sets, but the stories were well written which resonated with audiences.  The audience for the show in the UK was about 10 million, no small potatoes in any country, and went on to air in 25 other countries.  The show also spawned some merchandise, like toys and models, along with a couple of audio dramas in the late 1990s featuring some of the original cast members.

For fans of the original and fans of space-based science fiction series this is welcome news indeed.  The news will be even better if we hear that Syfy has ordered a full series so let’s hope the pilot script is good.