‘Falling Skies’ goes South Park; Fans get drawn into the action thanks to social media 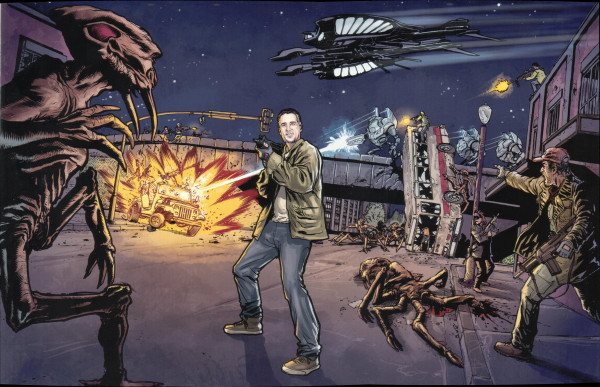 We may have to wait 7 more months until season 3 of Falling Skies, but TNT and fans alike are not finished keeping you excited for the new season. Like so many popular genre shows including The Walking Dead fans have been inspired by the cast and the characters. Falling Skies has an interesting draw of fans from many different backgrounds and areas of interest.

One such fan, known on twitter as @Thogar, decided that the Falling Skies characters would look cool as South Park characters. Over a few months after his visit to the set of Falling Skies season 2, Tom drew up the characters and recently posted a montage of his design. It’s a fun reminder of the fan art that takes place for Falling Skies. Below is the photo, can you pick out all the characters? 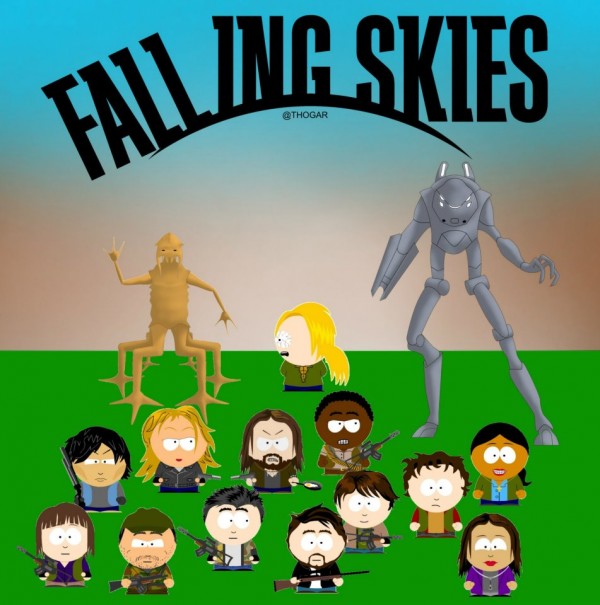 A few months back TNT/Falling Skies and Dark Horse Comics got together and setup a social media contest for fans. The contest was simply, the top 10 influencers on Falling Skies would get their likeness drawn by a Dark Horse Comic artist into the world of Falling Skies. It was a dream come true for any fan and cool incentive to talk about the show everyone was already a big fan of.

Just today we received our poster, along with most of the top 10 and they are amazing. The artist work done by Dark Horse has always been amazing and this was no exception. The artists used photos we sent them of ourself and drew us into the action, fighting off Skitters and Mechs. Will we survive the fight? I doubt it, but who cares right? We are now a part of the 2nd Mass and fighting alongside our favorite characters. Be sure to checkout a few examples of the posters in the gallery below.

Turner Entertainment (TNT) is one of the most socially active and intelligent networks we have worked with. They understand the strong demand for new media and the interaction of the fans in real-time online. Facebook and Twitter have opened up new doors for fan interaction not just with the network of their favorite show but with the cast of the show. One of the best things about Falling Skies is the ability to talk directly with the cast, crew and network directly via twitter and facebook.

Social media contests help inspire fans and allow for a growth in the fan base. I have noticed countless times people who stumble upon the contests or articles from our site and others and say they love the show and had never heard of it until now. That gains viewers for TNT and grows the fan base. The contests also help advertise the show between seasons allowing for the conversation to always be going.

Further proof of the success of such social media projects is the trending topics. Every night during the second season of Falling Skies, the topic ‘#FallingSkies’ trended nationwide on twitter from 2 hours prior to the east coast airing, to nearly 2 hours after the west coast airing.

A big thanks to Tom for allowing us to share his artwork and to TNT/Dark Horse for the great posters and perk. 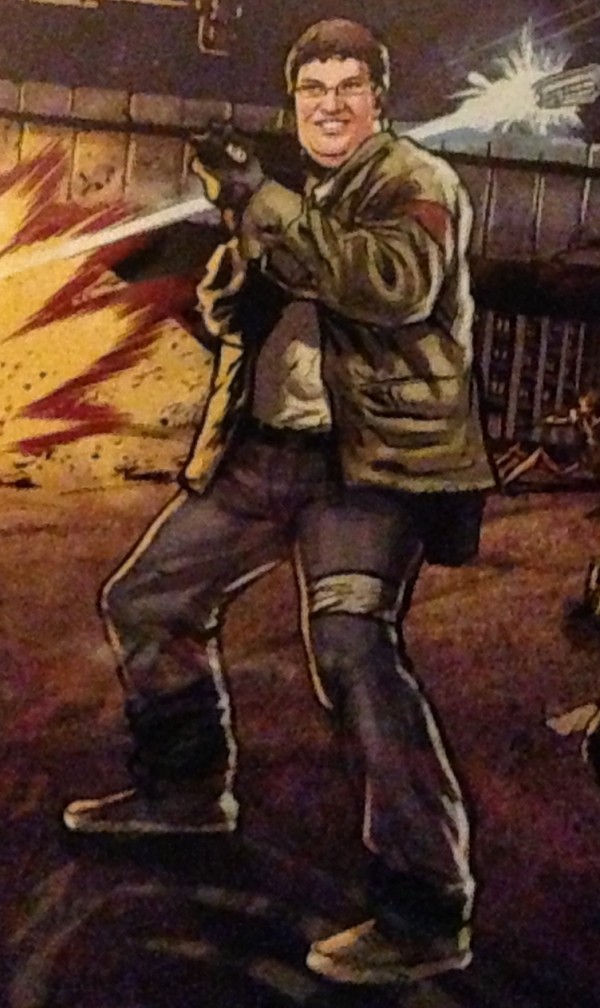 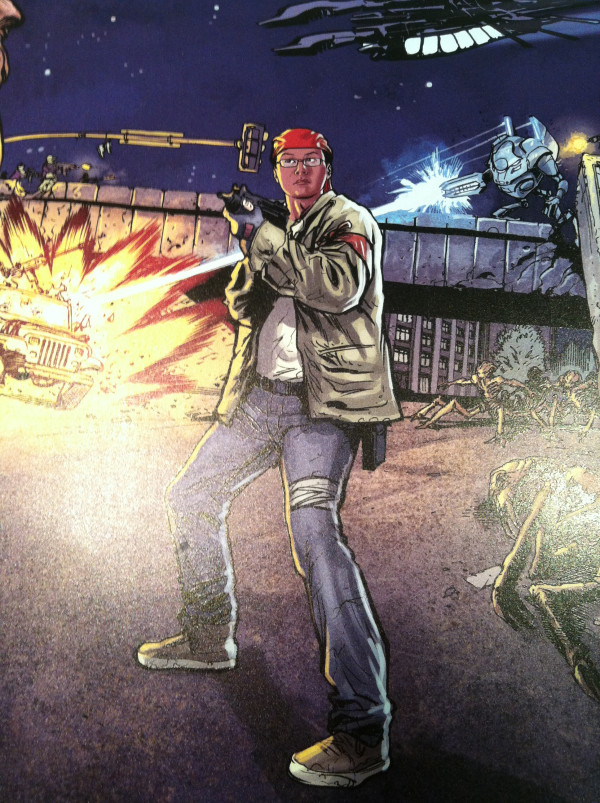 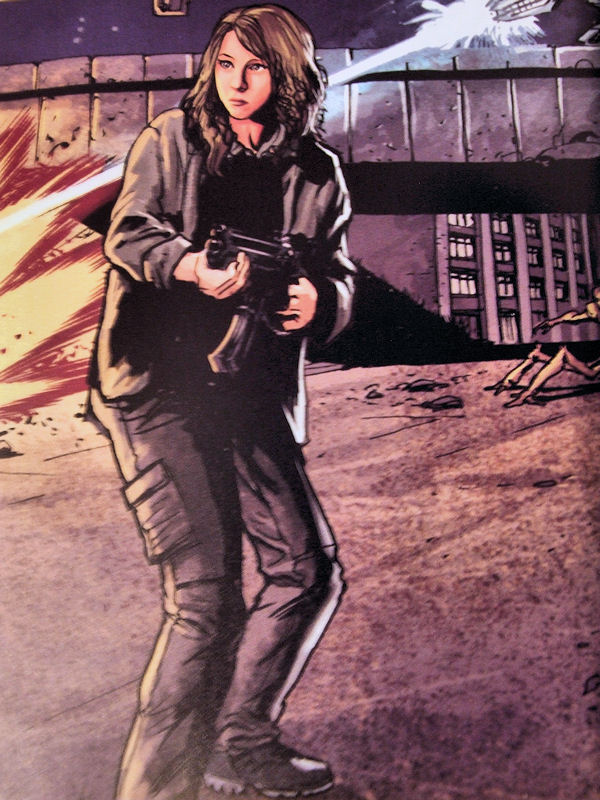 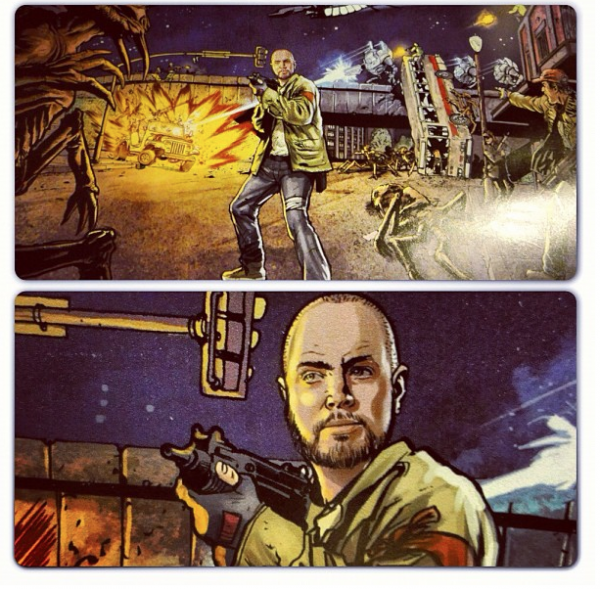