As a horror writer and obvious lover of the genre I have never felt a reason to explain my attraction to Dark Horse Comics as a publisher as it should be obvious why I have such an interest in both the company and their various killer titles. It has been an amazing honor getting to know so many great horror minds over my past few years as a comics journalist and I look forward to every opportunity I have to learn from them.

Those of you who have been to SDCC are more than aware of the massive wait-times involved with catching panels, as such I have to pick which panels I cover with serious intent as I will not be able to hit two back to back, and I will be required to show up a minimum of one hour beforehand. When I saw Dark Horse Comics had a “Drawing on Your Nightmares” panel, attendance was a no-brainier. The fact that my friends just happened to be on it, just an added bonus. 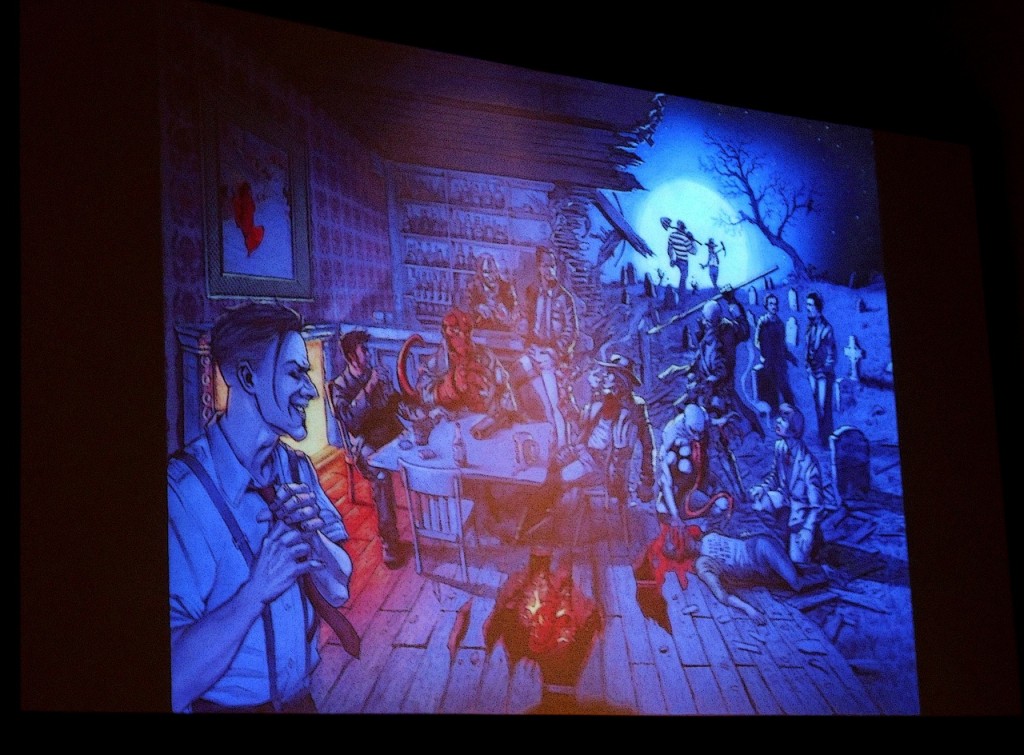 Or what was joked: “What it must be like inside Scott Allie’s head, all the time.”

Allie went on to flip through the slides, detailing a brief summary of each deviantly delightful upcoming Dark Horse Comics‘ horror release. (I was particularly stoked to see that Lance Henriksen will be stepping up to the Dark Horse helm with his new comic “To Hell You Ride”.) He paused at each of the panelist’s work, giving them a chance to take the mic and go into more detail.

As announced back at ECCC, Paul Tobin was on the panel with his creepily disturbing and to me certainly intriguing upcoming horror comic “Colder”. “Colder” is a supernatural detective story about a lead character with some severely intense body temperature issues. Scott Allie showcased some art for it to the panel but we were not allowed to see on the joking premise that it was far too scary. 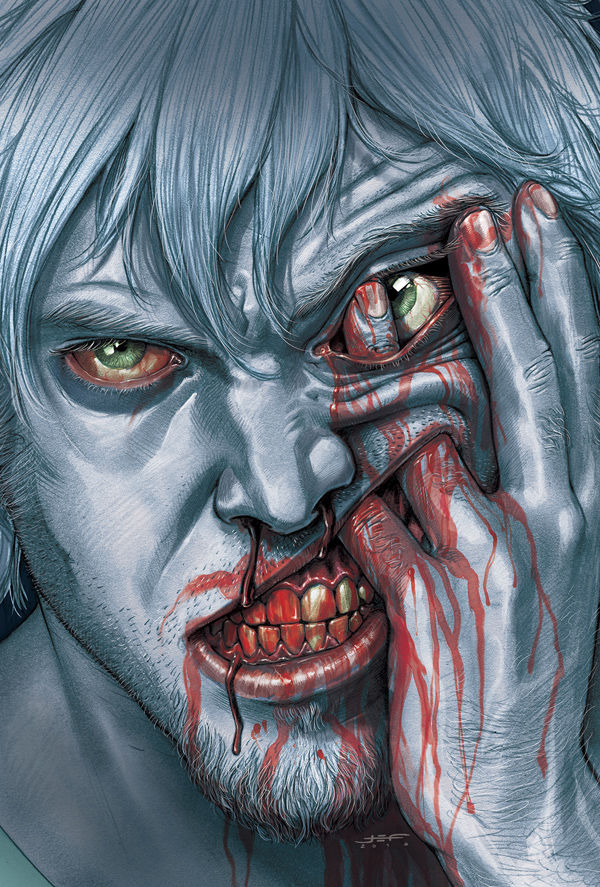 Lastly Steve Niles was there with the very exciting announcement of “Final Night”. A battle to the death, winner takes all, epic brutal crossover between “30 Days of Night” and “Cal McDonald”. Only one of Steve’s sagas will walk away from this one, the other is closed for good as far as Niles is concerned. (I have had the chance to discuss this further off the record with Steve and can seriously tell you that I cannot wait to read and review it this coming winter.)

Also mentioned on the panel is another highly anticipated Dark Horse release which I cannot wait to sneak review for you all from my digital bookshelf this December, and that of course is none other than Mike Mignola’s “Hellboy in Hell”. While not on the “Drawing on Your Nightmares” panel himself, Mignola, Cameron Stewart, Tyler Crook, and Scott Allie were all horribly entertaining participants on Dark Horse’s aptly named “Mike Mignola and Friends” panel. Mignola and his friends went to exciting detail after exciting detail about what was next for Hellboy and the B.P.R.D. crew in their now quite separate ways. (Seeing how Hellboy is in Hell and all…)

Everything from the “Mignolaverse” is clearly horror in it’s own right, and fans will be pleased to know that there will be indeed more Lobster Johnson. Also more stories of Hellboy, not just in Hell but as a younger Hellboy giving Mignola a chance to play around in more time eras. Along that vein, and completely noncommittally, Mike mused that he’d love to have Edward Grey go up against Jack the Ripper someday. During Q&A I asked if he actually had a plot in mind for this as I would definitely read it and he admitted that he does indeed, jokingly calling for Allie to pencil it in. (If such a tale does come to pass, I will be just as eager to read and review it as I am “Hellboy in Hell”.)

I have also had a chance to get to see Mignola discuss “Hellboy in Hell” both on and off the record and I can easily say that the excitement both Mike and Steve have for their own tales as they go about creating them for us this holiday season has me very glad that winter is coming.

My final segment of the piece before I leave you all with a bit of Q&A from “Drawing on Your Nightmares” and “Mike Mignola and Friends” respectively, is to point out a charming bit from “Drawing on Your Nightmares” that any horror fan will love. When asked what their favorite monsters were Allie replied “Werewolves”, Niles “Frankenstein, or the Creature from the Black Lagoon. Sympathetic characters”, to which Powell echoed “Frankenstein” and Tobin spoke up for the “Vampires”. Scott Allie also went on to lament in his own explanation how the Werewolf genre had yet to be fully approached to it’s true potential and how he really wished more would be done with them. As a horror writer and a fan I found this an interesting statement and for the most part agree. Predominately we as a society have been telling the same one-dimensional horror wolf tale with the occasional paranormal romance twist for a very long time. I myself tend to be more drawn to my own mythological take on the Wendigo so am probably not the writer to tackle this one, but the challenge is out there should anyone else want to bite. Others at Dark Horse have clearly already begun to nibble respectively. –N