An accountant named Norman is finishing up his work at a Portland mulch manufacturer just as his coworker is leaving. He heads out soon after, but hears some noises and is then attacked after briefly morphing into a sheep-like creature. He’s taken to the mulching machine and dropped in, still alive. The next morning, Reverend Calvin shows up at the police station, claiming that the church’s funds have been stolen and he can’t get a hold of the church’s accountant – and the bank can tell that the funds transfer was made on Norm’s laptop. Hank and Nick head to the mulching company to find out more about Norm when the forman comes to tell the boss that the mulching machine jammed on the remains of a human leg with a hip replacement. Norm had had his hip replaced four years before, so the case is now murder and stolen funds. 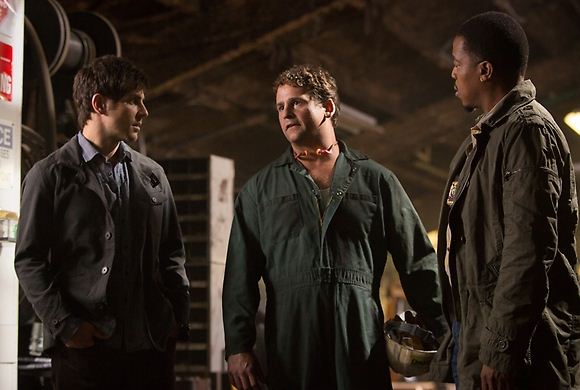 Nick does some more digging back at the station and finds that a few years ago, the reverend had been at a another church where the money had been embezzled and the church’s accountant had disappeared – and the woman who was now the reverend’s assistant had been at that church, too. They’re now suspicious of the reverend and go to the church to see how he reacts to Norm’s death. Hank and Nick arrive to find the reverend telling the church board members about Norm’s betrayal, and then the two of them discover that the congregation is made up of Seelengut, the same sheep-like creature Norm was… and that Calvin is a Blutbad. They ask where Calvin was Friday night, and he tells them he was in the office and has his assistant, Megan, back him up. 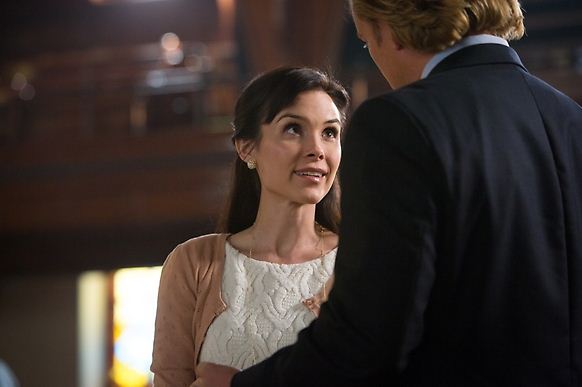 Nick and Hank go to see Monroe to find out more about the Seelengut, and he says that they generally aren’t violent, but you always have to be aware of the herd mentality. He also finds it odd that a Blutbad would lead a Seelengut congregation, and Nick suggests that a reformed Blutbad would recognize another. Monroe agrees to do a little off the record undercover work and heads to the church. His arrival causes a big stir, but Calvin takes to him right away, claiming he can see his own past struggles in the homeless Blutbad Monroe is pretending to be. He offers to let Monroe stay the night, and then Monroe sees Calvin and Megan kissing. He tells Nick, who cautions him to be careful. 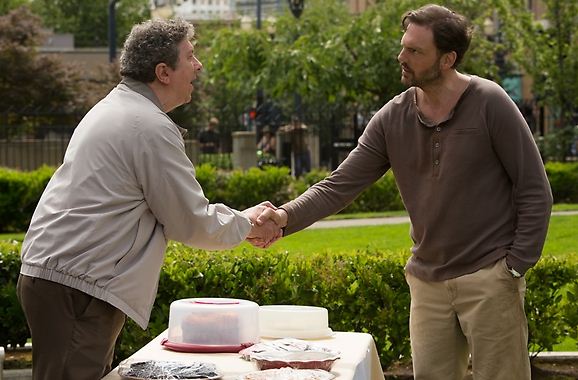 Nick finishes up his research and notes at Aunt Marie’s trailer and is just locking up when the Nucklavee attacks him. They end up inside the trailer and Nick manages to grab one of the weapons and kill him. The next day, Sgt. Wu reports to Captain Renard, who’d had his name flagged, that the dead man was found in the water. 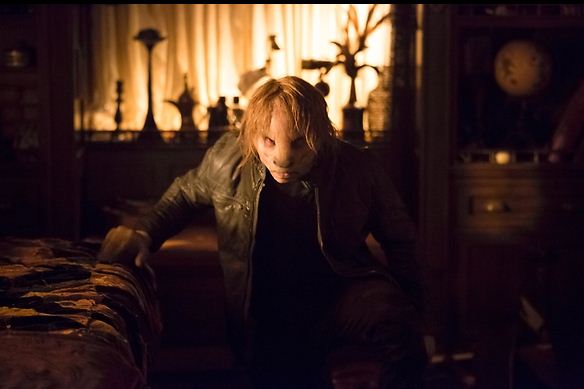 Megan is in on scheme, and after being brought in by Hank and Nick for an interview, she tries to convince Calvin that they should leave now. Calvin insists they can’t leave until he’s murdered Monroe and framed him by leaving Norm’s laptop with his things. The next day there’s a bake sale at the church, and a young man causes a scene by telling a young pregnant woman, Harmony, that he didn’t care what the baby’s name was because it wasn’t his. Megan finds Harmony crying inside the church and discovers that Harmony is pregnant with Calvin’s baby. Furious, she tells the entire congregation that Calvin murdered Norm and stole their money. Meanwhile, Calvin is trying to set Monroe up and murder him when the church members burst in. They attack and kill Calvin and Monroe tries to leave, but they think he’s part of it because he’s a Blutbad too and chase him. Nick and Hank arrive just in time to stop things from turning violent again. The case is solved, but Captain Renard asks if they know where Megan is. As it turns out, she and Harmony have left the country. This was a more story-focused than arc-focused episode, but we still got a few interesting tidbits. Bud talking to Nick about how he’d inadvertently told Juliette that he was a Grimm was fun, as was the interplay when Juliette went out with her friends without telling Nick her plans. The fact that her friends also thought the two of them had been madly in love, yet none of them knew why Juliette had turned down Nick’s proposal made things even more confusing for her. Still, she made the effort to arrange a dinner date of sorts with Nick, showing that there must be a certain amount of attraction there despite her lack of memories. Hopefully this will help the two of them to start to move forward and get to know one another again. Juliette may have a lot more to learn than Nick, obstensively, but this has changed her, and he needs to re-learn her, too.

It was cool to see how Hank has really accepted the Wesen world and that it’s a part of his life now – for the most part, anyway. When he’s working, he’s totally chill about it – but his tendency to stare at Monroe as though he was waiting for him to morph was funny.

Now that the latest assassin sent by the Royal Families has also been killed, who – or what – will they send next? And how long will it take until Renard confronts them about it? And what’s up with him mooning over his Wake Up Juliette kiss? Was there something else going on with that spell? Here’s hoping we find out more next week!