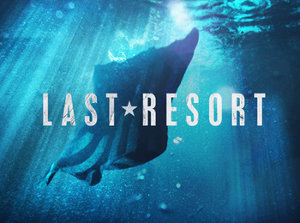 ABC’s new fall show Last Resort can now be viewed online thanks to Yahoo TV. The shows pilot is an amazingly well paced show with an exciting script and a interesting cast. I like to look at it as a mix between Clear and Present Danger and Crimson Tide. Be sure to check it out below along with this summary.

With its high-stakes military intrigue and big-budget special effects, ABC’s new submarine thriller “Last Resort” looks more like a big-screen summer blockbuster than a TV series. But you don’t have to drive to the local multiplex to get a taste of this action: You can watch the full series premiere of “Last Resort” weeks before it airs, exclusively right here on Yahoo! TV.

From “The Shield” creator Shawn Ryan, “Resort” stars Emmy winner Andre Braugher (“Homicide: Life on the Street”) as Captain Marcus Chaplin, the commanding officer of a U.S. Navy nuclear submarine. When the sub receives a mysterious order to fire on Pakistan, Chaplin questions the authority of the order and is immediately relieved of duty. But his second-in-command, executive officer Sam Kendal (“Felicity’s” Scott Speedman), refuses the order as well, turning the sub into an enemy of the state. Running for their lives, the crew sets up camp on the exotic island of Sainte Marina, where Chaplin decides to stand his ground… by any means necessary.

Nail-bitingly tense and surprisingly thought-provoking, “Last Resort” looks like one of this fall’s best new dramas; in fact, it’s one of our Fall TV Editors’ Picks. But don’t take our word for it. Watch the premiere and then head to the comments section to tell us if you think “Last Resort” will sink or swim this fall.
“Last Resort” premieres Thursday, 9/27 at 8 PM on ABC.