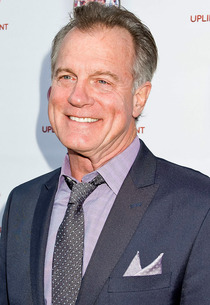 According to TVGuide.com, Falling Skies has cast 7th Heaven alum Stephen Collins to play the former President of the United States. Here are the details from TV Guide:

While America prepares to vote for its next Commander in Chief, TNT’s Falling Skies has tapped a classic TV dad to play its president. Stephen Collins, best known as 7th Heaven’s wise Rev. Eric Camden, will appear in the fourth episode of Skies’ third season as Benjamin Hathaway, who served as the President of the United States prior to the alien invasion.

The character is described as a confident man exuding charisma who has been forced into combat against the aliens. Stationed in Colorado, he has been sending out sniper teams all over the nation to locate survivors. He wants to meet Tom (Noah Wyle) to see how he and the 2nd Mass have been winning the war against the outer space creatures.

Terry O’Quinns character Arthur Manchester was forced to step down as president after a disagreement and arrest by his current General. After he stepped down, Tom was offered the job but he turned it down. Shortly after that, a new race of aliens landed just outside Charleston, falling from the sky out of nowhere. It is believed that Ben knew they were coming, making the comment that the weapon pointing at the sky “was not meant for humans”. This suggests Ben knew more than he was letting on to.