‘Falling Skies’ Season 3: What’s ahead for the 2nd Mass?

Season 3 is still 8 months away, but fans have been coming up with some very interesting theories on what might be coming for the 2nd mass and the new alien race revealed at the end of season 2. The 2nd mass made it to Charleston but it wasnt the haven they had hoped for and they had some heavy losses in a fight to take out an overlord weapon that Red Eye and Ben assured them must be taken out. Dai was lost and so was red-eye which left many fans upset as Dai was a fan favorite of the series since season 1.

Tom questioned the purpose of this weapon and why it was pointed to the sky and not to earth. Ben hints at the fact that it wasn’t meant for humans. The final moments of season 2 gave us an answer as to what it was there for. This weapon was pointed up to prevent these new race of aliens from landing. Now that they have landed, the question remains are they an alley or an enemy? This question has multiple possible answers. 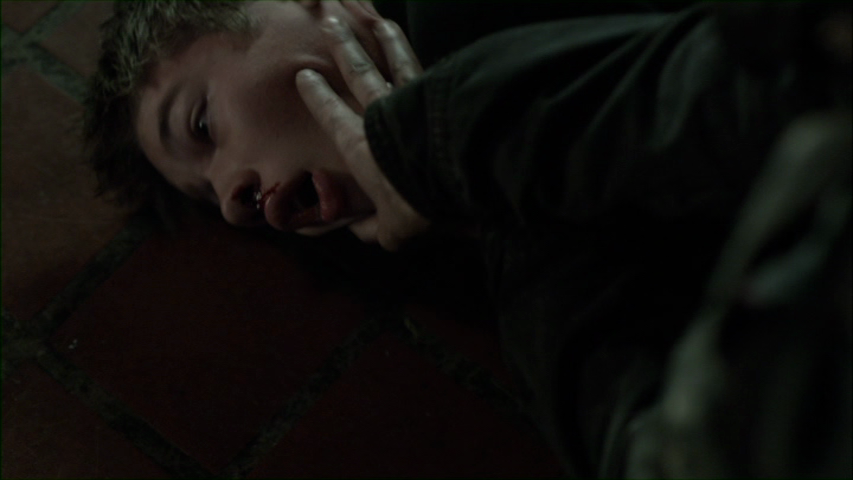 In Molon Lobe, the overlord reveals a cliché line that earth is out of control and they were there to ‘correct’ their course. However many fans, including us felt this was all misinformation. It appeared as though the overlords or Ashpheni were running away from something and using earth as a staging ground. They can’t fight back against another race of advanced beings when their slave race is able to disobey orders. Thats where the harnesses come in. 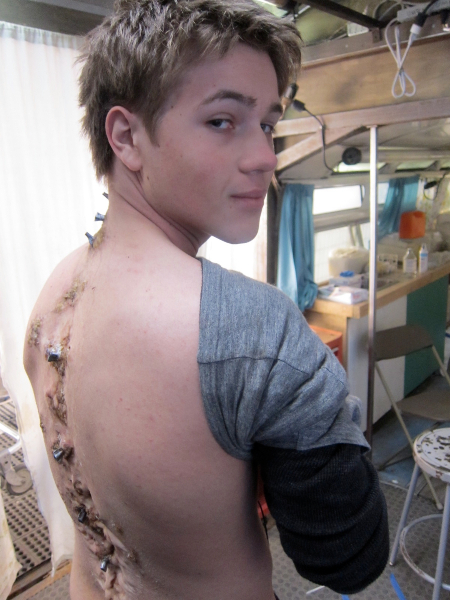 We have seen a kid harnessed and we have seen with Ben what these harnesses start to do to the kids. It appears the overlords use the harness not only to control the mind and actions of the host but also to change them, creating an exoskeleton that would make them the perfect solider. Why not fight their own battles? The Ashpheni do not use storage devices and run huge sections of their global operations via their mind and communication with each other. That means they must keep what they say to the skitters or the kids at a minimum or risk plans being leaked to the new rebellion. That also means the Ashpheni would not show themselves on the battlefield or risk capture or death. 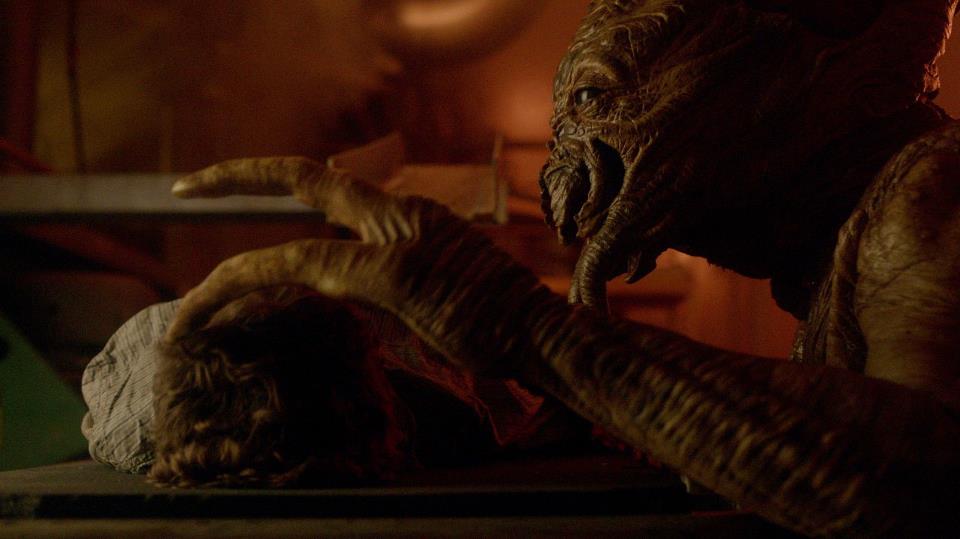 So back to the question of friend or foe on our new alien race. The new race of aliens could be an enemy of the Ashpheni and a friend to the humans offering to help protect them against this invading force and their take over of our children. They could also be an enemy of both Ashpheni and humans. They make look at humans as nothing more than a pest in their way and end up being a worse enemy than the Ashpheni are. It is also possible they are here to kill the Ashpheni and could not care at all about humans and simply ignore them.  My theory is they may end up using people like Ben with whom they can also communicate with via the spikes on their back and use their new abilities to help fight their battles.

In a recent interview Moon Bloodgood who plans Dr. Glass, revealed she would only appear in 7 episodes this season and her baby would have an appearance. What many have asked is, will the baby be human or alien? The fact that Karen knew Anne was pregnant was a clear sign the baby would be a hybrid. We know the aliens communicate through some form of telepathy and as such the growing baby in Anne was able to communicate with Karen or Karen with it. What does that mean? Will this new baby perhaps be a way to manipulate Tom, Hal and Ben? Hal has the ‘eye worm’ in him now and that could mean some level of control from the Ashpheni and tension with Ben. If this new baby is part alien, will it ultimately lure Ben to the Ashpheni or will Ben and Hal be used to safely bring the child to the aliens? 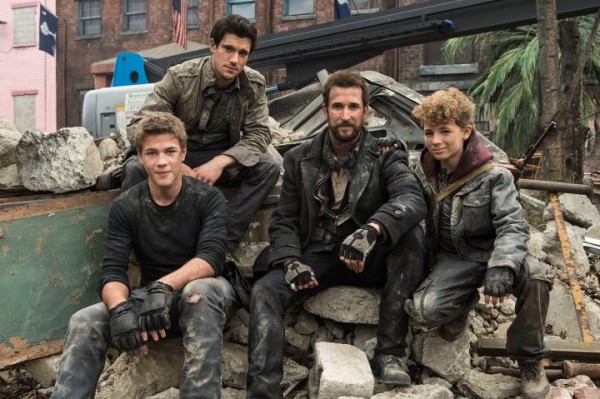 Some fun news about season 3 has been slowly leaked over the past few weeks, but they are very tight-lipped so far. We do know an array of familiar TV and movie faces will be appearing in season 3 including Stephen Collins as the former president of the USA. Doug Jones, who is well-known for his work in prosthetic suits will be playing the new alien race we met at the end of season 2. He interestingly tweeted today that he rode a horse in the alien suit. So we will get to see our new aliens riding horses? Now this I have to see! Also joining them this season will be Robert Sean Leonard (House), Gloria Ruben (E.R.), Terry O’Quinn, Matt Frewer and many more we have yet to learn about.

What are your theories and what do you think of the new alien race?