Grimm Review – The Other Side

High school students are practicing for the Academic Decathalon at their school. They’re all smart, but one in particular, Pierce, stands out. After practice is over, four of the teens – Brandon, Pierce, Jenny and Kevin – go out to get something to eat at a local diner. Jenny offers to drive everyone home, but all the boys decide to walk. Brandon is viciously attacked and killed by an unknown creature while heading home. 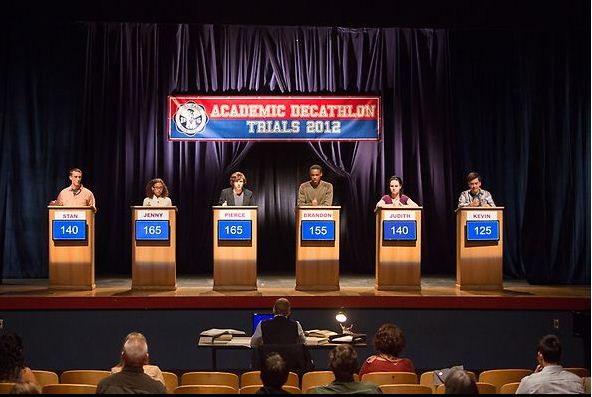 Meanwhile, Juliette agrees to accompany Nick to a ceremony honoring Captain Renard. They keep looking at one another, both confused at the mutual attraction they’re feeling. When Nick and Hank are called to the crime scene, Renard offers to drive Juliette home. It’s an uncomfortable ride for both, but all goes well until Juliette goes into the house. Renard seems unable to stop himself from going into the house and spying on Juliette as she showers. He then picks up a framed photo of Juliette and Nick and breaks the glass, which seems to break his trance enough for him to get out of the house before Juliette discovers him. He then drives recklessly, nearly running over a man. When the man tries to help him, Renard morphs, punches the man and then drives off again. 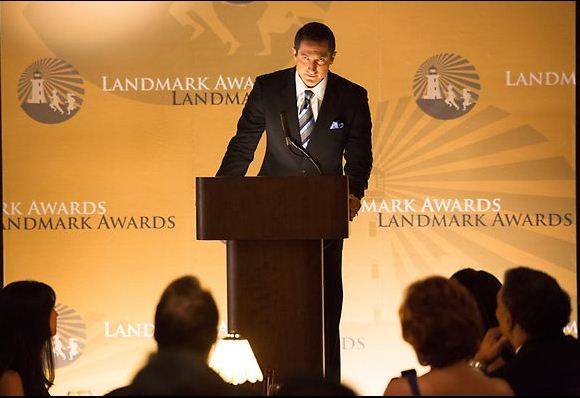 When Hank and Nick check out the scene, they can’t help but think that something Wesen could’ve ripped him apart like that. The next day, they interview most of Brandon’s fellow decathletes, all of whom seem upset, especially Jenny. As they leave, the kids’ coach arrives and he’s really angry – and he turns into a Lowen. Could he be a suspect?

Monroe is still tending the spice shop for Rosalee and is busy explaining way too much about tea to a patron who isn’t interested. As soon as the guy leaves, Renard walks in. He and Monroe don’t know one another, though at one point Monroe wonders if he recognizes him. Renard is looking for a cure for his obsession with Juliette, and Monroe says he’ll look into it. Renard says he’ll come back the next day. 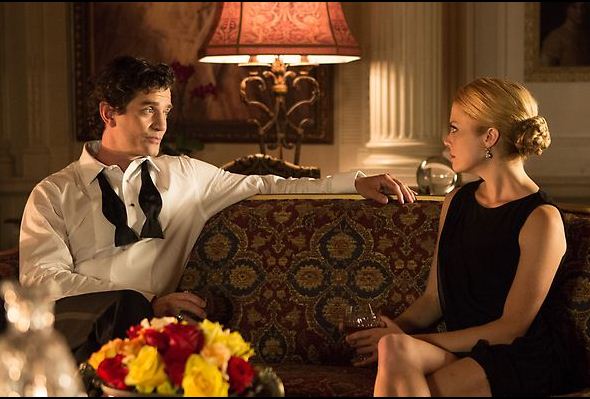 In Vienna, Adalind arranges to be at an event where Renard’s brother, Eric, will be and runs into him. They talk and he invites her back to his chateau, where they continue their conversation about his brother. As it turns out, Renard is the product of a Royal father and a Hexenbiest mother, making him an especially unwanted bastard. Adalind finally tells Eric that they have a lot in common – his brother and the Grimm. 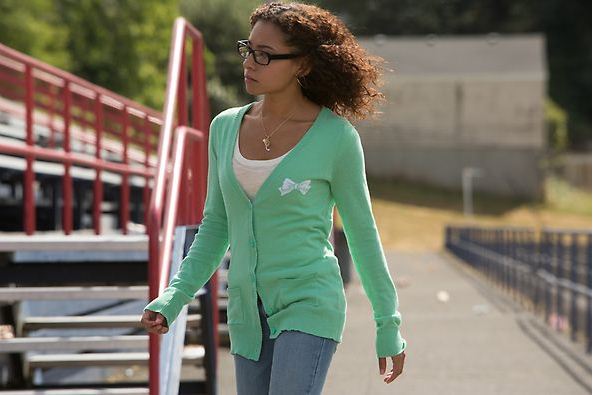 Jenny calls Pierce, still very upset and in need of a friend. He agrees to meet her by the bleachers at the school. She hears a noise near the shed and is then attacked and killed by the same creature that got Brandon. When Nick and Hank get to the scene, they know instantly who she is – and now it’s clear that someone’s after the students on the team. They also find Pierce’s watch clutched in Jenny’s hand, so they go to Pierce’s house to confront him. They push both Pierce and his mother, who both turn into turtle-like creatures Nick has never seen before. 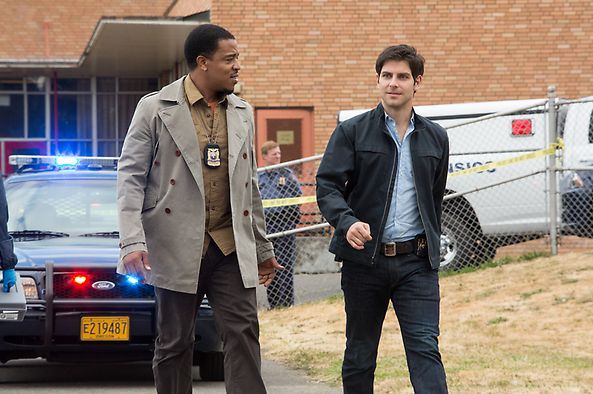 Nick and Hank head to Aunt Marie’s trailer and find that Pierce and his mother are Genio Innocuo, a harmless and rare Wesen that could never do the kind of damage that they’ve seen on the victims. Could Coach Anker be setting up Pierce? Back at Pierce’s house, he discovers the washing machine is full of bloody clothes, but before he can see anything more, his mother shoos him away. He’s even more confused now, and decides to do something about it – he calls Nick and tells him that he thinks he knows who the killer is: his mother. 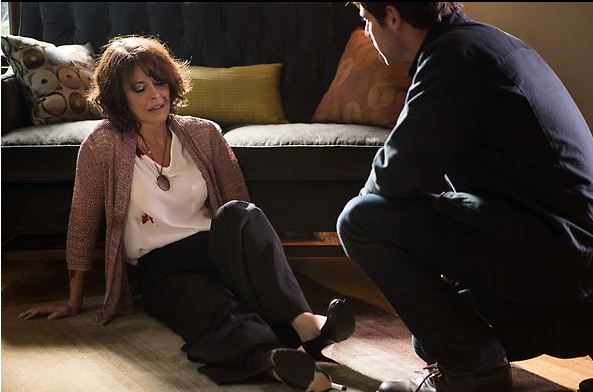 Hank and Nick had just found Coach Anker’s body at his house – he’d been killed in the same way as the others. They rush over to Pierce’s house and hear his mother screaming. When Nick rushes in, he finds her hurt on the floor and is then attacked by a Lowen. He fights the Lowen until he knocks him out, shocked to see him de-morph into Pierce! His mother explains that she did this to Pierce in-utero, adding in Lowen DNA so that her son would be smart and strong, but things didn’t work correctly. Pierce has no idea what happens when he turns Lowen and no memory of it – he doesn’t even know about it yet. They go to talk to Pierce and discover he’s gone. Nick puts out an APB on Pierce, and it’s soon reported that he’s out at the water tower. Pierce morphs between Lowen, human and Genio uncontrollably and tries to jump, thinking it’s the only way out, but Nick manages to grab him and handcuff them together and then he, Hank and Sgt. Wu pull Pierce up. We see Pierce in jail, being harassed by two much larger men. A moment later, the Lowen takes care of that problem. 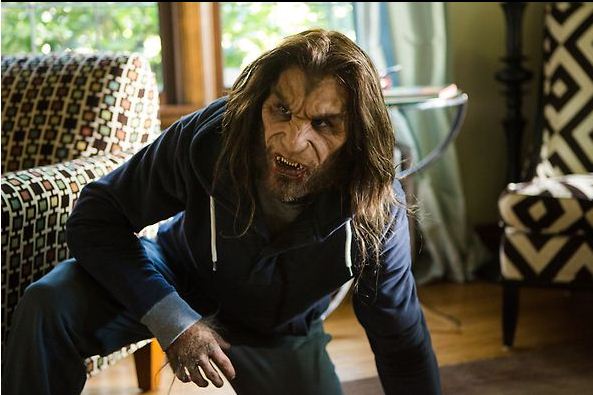 Renard returns to the spice shop and Monroe tells him there’s some good news – but mostly bad news. He can give him something that’ll take the edge off the compulsion, but without the “object of his affection” also coming in, things are only going to get worse. Renard says that’s impossible, and Monroe warns him again that eventually, he won’t be able to control himself… 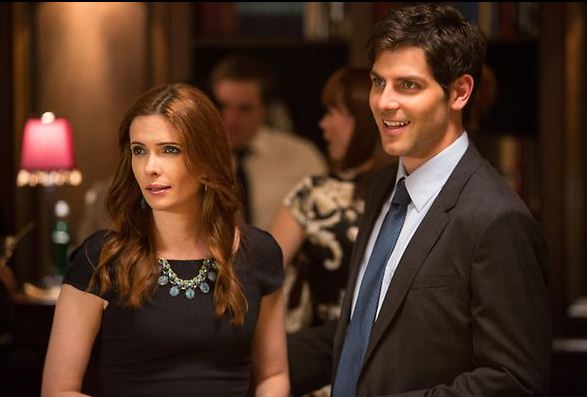 Another compelling episode with a lot going on. The Renard and Juliette situation is obviously getting much worse, what with his stalking of her and violent reaction to the man on the street. Knowing there isn’t a simple remedy likely isn’t going to help his overall attitude, either. Juliette still seems disturbed by her feelings for Renard, but she doesn’t seem as out of control as he does. It still seems likely that things are going to boil over soon…

Finding out more about Renard’s background was excellent – he’s half-Hexenbiest! It all makes sense now – and he’d better be careful. His control has been the reason Nick has never seen him morph, and he’s losing control more with each moment. We didn’t find out what Adalind and Eric were planning, but the two of them together are definitely dangerous.

It was also interesting to see a type of Wesen that was completely non-violent, in its natural state, that is. The genetic manipulation was also intriguing – if Wesen DNA can be easily categorized like that, it makes you wonder what other combinations could be possible…