Revolution ‘No Quarter’ Review and Recap: Nowhere to Hide 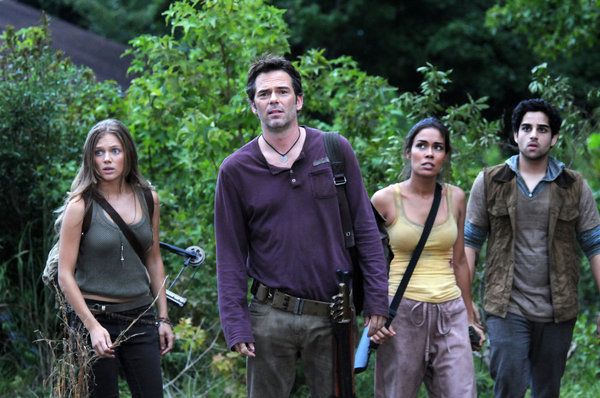 Hello and happy Monday! Today saw the premiere ofRevolutionepisode 3, ‘No Quarter.’ In case you didn’t get a chance to see it, here’s what you missed:

The episode picks up right where last week’s left off: with Miles, Charlie, and new recruite Nora en route to deliver a high-powered weapon to the rebel forces. Along the way, it is hinted that Miles and Nora may have a romantic history. Nora takes the two to the rebel headquarters, where they learn from leader Nick that things aren’t looking good. The rebels had a run-in with Monroe’s militia that left thirteen dead and one missing. This one missing party has given up the group’s location in a futile bid for self-preservation. Realizing there is no alternative, Nora begins to prep her allies for an evacuation. Charlie agrees to help despite Miles’ wishes.

Meanwhile, Aaron and Maggie continue their side-quest in pursuit of Grace. They stumble across her house and hope that she can provide some answers as to what the necklace does. The home, however, is in shambles and Grace herself is nowhere to be found. 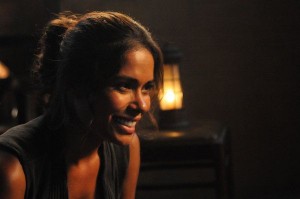 Back at rebel headquarters, a group of militia are laying siege to the place. Miles hatches a plan to tunnel out of the building and a countersniper is placed on the roof to buy the group time. Charlie assists Nora in rigging up booby traps for the militia men. Over the course of the conversation, we learn that Nora was indeed involved with Miles at one time. She had another relationship afterwards and got pregnant. Five months in, she lost the baby and now fights with the rebels for her future children.

Despite the best tunnelling efforts, however, the crude escape route collapses on itself, trapping the group. Their countersniper is killed and the militia break in. Overrun and desperate, Miles manages to take the militia leader hostage. He is shocked, however, when he recognizes the man. The militia leader reveals that Miles was once commanding general of the Monroe Republic. He was responsible for training the very men that took Charlie’s brother and killed her father. Although he seems to be reformed, Charlie is still visibly shaken and betrayed. 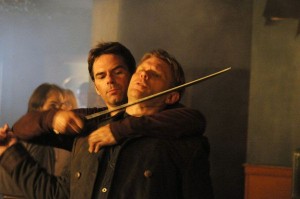 The rebels remain holed up until morning, at which point Miles proposes a new trade. The initial idea to trade the militia captain for the others’ safety has been rebuked. He proposes that he trade himself instead, seeing as Monroe wants him for questioning. The captain agrees to let the others go if Miles turns himself in.

Unwilling to let her uncle rot, Charlie and Nora ambush the regiment again as they march Miles towards their camp. They set off bombs and trip wires to facilitate an escape and then blow up a bridge to ensure a clean getaway. In a series of flashbacks, it is revealed that Miles was the original dealer of vigilante justice and that he influenced his friend Monroe into becoming a warlord. At the very end of the episode, Aaron and Maggie momentarily regain power when the necklace is exposed to the sun (is it solar  powered?). The power is lost again shortly after, devastating the two but proving that the electricity can once again be restored. 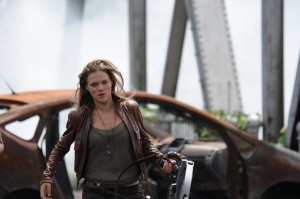 So what did you think of tonight’s episode? More of the mythology is slowly being revealed to us. What is Miles’ ultimate goal? What happened to Grace? Will Aaron and Maggie figure out how to restore power? And how does the necklace function in the first place? Leave a comment down below and don’t forget to tune in to Revolution every Monday at 10/9C on NBC.