What Just Happened Here? Once Upon a Time Review: Broken 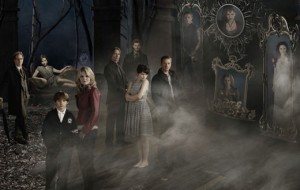 WARNING: THE FOLLOWING REVIEW CONTAINS POSSIBLY MAJOR SPOILERS FOR THE SEASON 2 PREMIERE OF ONCE UPON A TIME. It is intended only for those who have seen the episode or do not mind spoilers.

So I watched and re-watched the Once Upon a Time season 2 premiere “Broken” quite a few times since Sunday. My impressions changed each time. While even the first time it was more of a “Did they really succeed in this episode?” than a “Wow. That was a BAD episode.” My impressions definitely got more positive with each viewing. Earlier today I also had lunch with a very good friend of mine (shout out to Brian!) who hadn’t watched the episode yet, so that helped me get together my thoughts while avoiding spoilers for him. I can’t yet answer with confidence the question posed in my last Once Upon a Time article (is the return triumphant?), I can say it definitely wasn’t a disappointment.

As we all know, at the end of season 1, the curse was broken. Or was it? Sure, everybody gained back their memories; August W. Booth (best name ever), aka Pinocchio, turned back into a real ruggedly handsome man; Rumplestilskin was reunited with Belle. But everybody remained in Storybrooke. And, of course, Rumple brought magic to our world, with unpredictable results.

I think they started well right off the bat by having the curse broken in season 2. This is definitely NOT the kind of show where you are going to get 5 seasons if every episode is Henry trying to convince Emma that the curse is real, Emma being all pragmatic, and semi-magic stuff happening every time. Then again, I am probably going to lose readers over this, but I still don’t understand how Lost lasted so long without ever really answering A SINGLE QUESTION.

The opening sequence brings up some big questions of its own. We are treated to a mysterious man (Michael Raymond-James, True Blood and Terriers), in New York City, who receives an enigmatic postcard. One side has only the word BROKEN on it, the flipside states “Greetings from Storybrooke.” Who is this man? (My current theory is that it is Baelfire, Rumple’s son who came to this world years earlier, FYI.) What connection does he have to Storybrooke? If the postcard was from someone in Storybrooke, who knows about this man? If not, who outside of the town knows about the curse, knows it is broken, knows about this man, and what do they expect him to do about it?

We are introduced to Aurora, aka Sleeping Beauty, played by Sarah Bolger. I was very excited about this as I was a very big of hers when she was Princess Mary on the Tudors. She is rescued from her sleeping curse by her love, Prince Phillip (Julian Morris) and Chinese warrior princess, Mulan (Jamie Chung).

Through the course of events, we get at least one big question answered, only to have that answer thrown into doubt. When pressed why, if the curse is broken, they didn’t return to their own land, Regina informs everyone that that land is gone, destroyed by the curse. Later, Mulan tells Aurora that while yes, most of the land has been destroyed by the curse and was frozen in time for 28 years, for some reason the part of the world that Aurora rested in was at least partially saved. While terrors have been unleashed, their people have found a safe haven that Mulan will lead the princess to. This is good news for Emma and Mary-Margret/Snow White, as at the end of the episode they are sucked through a portal to the Old Land, only to be found by Mulan and Aurora, with the episode ending with Mulan blaming the unconscious women for the death of Prince Phillip.

So, while there were things I as a viewer would change (for example, I thought it would have been awesome if Regina had immediately gotten her magic back and proceeded to badass up the town). From a review standpoint Once Upon a Time’s season premiere put forth a confident and solid episode. A triumphant return? Maybe not so far, but not a crashing defeat either.