Halloween night and all I want is for something creep and scary to watch.  Oooh look at that the Winchesters are on to make our Halloween complete.  The question is did they fill my need for scary and creepy.

Welcome Benny.  The show starts out with Benny, who we learn is a vampire, confront someone from his past.  The two banter back and forth and they mention the “Old Man” and Benny’s need to find him.  He is out for revenge and nothing is going to keep him from getting it.  The guy has friends and he is out numbered.

Argue argue argue……seems like all the Winchester’s do anymore.  Of course they are arguing about finding Kevin Tran and how he has avoided them again by sending them on a wild goose chase that Dean blames Sam for them falling for it.  (It isn’t Sam’s fault Dean, Kevin is very intelligent and can keep hidden if he wants too.) Their bickering is interrupted when Dean’s phone goes off and it is Benny calling for help.  Seems as if he won his fight, but he ended up in bad shape because of it and needs Dean’s help to heal.

From there the boy’s split up and so will this recap: 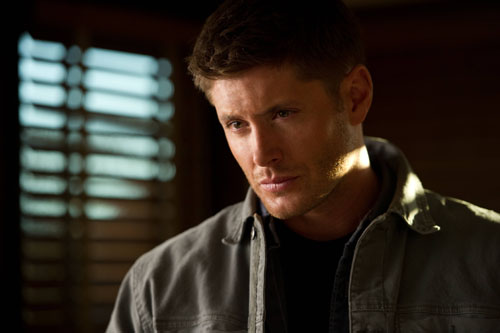 Dean takes off to help out is new buddy Benny and after providing him with some blood he finds out that Benny is on a revenge mission.  He is out to kill his maker who had killed him and sent him to Purgatory.  His maker is the “Old Man” he had been talking about with the clan of vamps he killed in the beginning of the show.  His story is he met and fell l in love with a human woman and he left his vampire family to be with her.  The “Old Man”, who we find out isn’t so old, didn’t like him leaving and sought him out and as his lackeys killed Benny he ripped out the throat of Benny’s girl.

Being a reformed baddie before Purgatory it seems that Benny has decided not only does he want revenge on the “Old Man” he wants to stop the family from its plundering and killing.  You see his family are sea pirates and that is how they gain their wealth and food.

Dean of course decides to help and they set off for the island the family lives on.  Once there things get chaotic and Benny runs into, yep you guessed it, his girl.  The “Old Man” hadn’t killed her after all but changed her into one of them.  Dean slips away before the encounter and Benny gets taken as a prisoner.

Benny finds out that his girl is now the right hand of the “Old Man”, but when they are left alone she confesses her love to him and how she desperately wants him to get rid of the “Old Man”. They are all bound to him and no one can kill him, but since Benny died and has been resurrected he can do it.  She provides him with the means to escape his cuffs and a knife to sever his head off, and the others return stating the “Old Man” wants Benny brought to him.

Dean is running around the house trying to figure out a way to save Benny, killing lone vampires and talking to Sam on the phone.  Sam is rather upset that Dean left and is now hunting vampires without him or trustworthy back up.  Dean texts Sam his location right before he is attacked and his phone is smashed.

Along the way of helping Benny with payback Dean has been having flashbacks of Purgatory.  He remembers how it is brought up that Cas may not be able to get out of Purgatory with he and Benny and how he was determined to make that happen and he has another one where he remembers a Leviathan attack where Benny saves Cas from dying. 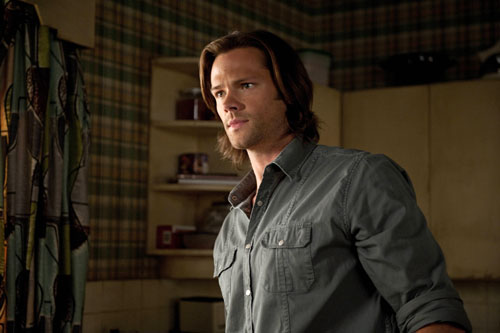 While Dean is on his quest to help a vampire (that is just so hard to write let alone think about) Sam is back at their motel. He is supposed to be doing research to find Kevin Tran, but instead he is checking up on Amelia online.

Queue flashback for Sam over the year Dean was in Purgatory.  We learn that he named the dog, he was forced to keep after hitting him, Dog and he was staying in town to make sure he got his check-ups.  He got a job at the motel he was staying at and while fixing a sink in one of the units he is surprised by Amelia.  She has been staying in the motel for three months.  She finds Sam a bit creepy and doesn’t trust him.

With the help of Dog he is keeps meeting her and he finds out she is a drifter of sorts like he is.  She has no idea where she belongs or where she is going and now we know why he was smitten with her. 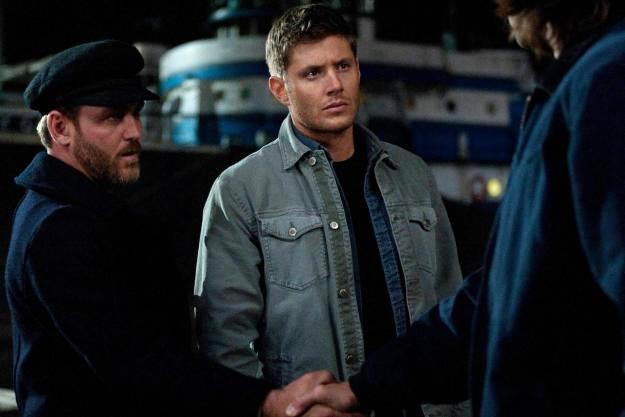 Benny and his maker have a little banter scene and at the end the “Old Man” is killed.  When Benny goes to tell his girl they are free she reveals her true plan of staying with the family and continue to plunder and kill.  This saddens Benny but he knew what had to happen as he allows Dean to kill the woman who held his heart.

Sam is waiting for Dean at the docks when he and Benny return from the island.  Sam’s face is stunned as he shakes Benny’s hand and knows he is a vampire. Dean gives him a signal to not kill him and as Benny leaves the brother’s, Sam gives Dean an angry look letting him know it not okay with him that he left him and went hunting with a vampire.

So my question again was did Supernatural deliver the creepy and scary on Halloween and sadly I have to say no.  This episode was by far not my favorite at all.  We did learn some very key things I think, but I am just not a fan of the brothers on their own.  I found myself rather bored until the 2nd half of the show.  Please don’t throw those tomato’s at me I have to tell you what I thought.  I still love this show and these men and I am so looking forward to next week and the return of Garth.

So until next time here is a clip for next week: