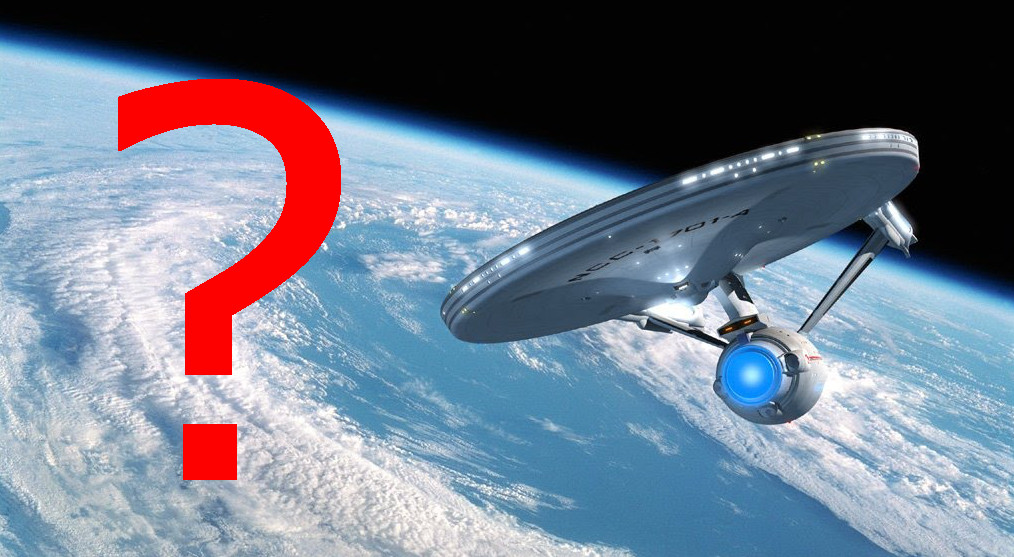 When it comes to television programming, genre fans have had it pretty good lately, but it’s not all Klingon blood wine and tribbles.  Yes, there are a good many genre shows on the air than maybe ever before, but there’s an empty pan in our smorgasbord-o-geekery that needs a-fillin’, and fast.  Where have all the spaceships gone?  For decades they were served  right here between the time machine casserole and the fantasy stew.  Now it’s just a steam tray of despair filled with nothing but the tears of jilted fans.  It’s salty and tastes of betrayal and I don’t like it.

There was a nearly steady stream of spaceship-based science fiction on television for years; decades even.  From the time Star Trek: The Next Generation premiered in 1987 until the last episode of Stargate: Universe aired in 2011 we usually had multiple shows that were based in space, set on spaceships, or that had spaceships figure prominently in plot lines like the various Stargate series did.  If you want to go back to Lost in Space, it could be argued that there was at least one ship-based science fiction television program on from 1965-2011 with the exception of a gap in the ’80s, but much like Klingons without forehead ridges we don’t like to talk about that period in our history.

I fear we’re stuck in another great starship depression.  There doesn’t seem to be anything in the works to bring us another intrepid crew on the bridge of another trusty spaceship who embark on great space adventures for our entertainment.  I miss the days when we could tune in each week to watch those crews meet new lifeforms with whom they’d sometimes fight, sometimes befriend, and sometimes have sex (I’m looking at you, James T. Kirk and Jack Harkness).  I miss the great space battles reminiscent of old war movies where submarines quietly hunted each other and fighter planes whooshed through the skies trying to outmaneuver the enemy.  I miss not being on Earth for an hour each week.

These days it seems the aliens want to visit us instead or we’re stuck on Earth from a disaster of our own making.  It’s all about the apocalypse with kids today!  Don’t get me wrong, there are some fantastic shows on right now that follow that formula and I’m a huge fan of them all.  Falling Skies has done a wonderful job of giving us an ever-more-complex tale of alien invasion that gets your blood pounding yet remains family-friendly.  No small feat.  The Walking Dead has taken zombies to new heights and continues to be as addictive as it is disgusting while breaking ratings records.  Revolution has been giving us a look into what society might be like if we lost the use of electricity and has been thoroughly entertaining.

hen there are other genre shows like Once Upon A Time, Warehouse 13, Fringe, Game of Thrones, and Being Human to name a handful.  These are all very good shows which I personally enjoy, but there ain’t a spaceship among the lot of them!  Probably the closest thing on the air right now that fits the bill is Doctor Who and that’s kinda stretching it.  There may not be transporters or blasters, but the Doctor does travel to other planets.  Okay, sometimes he travels to other planets when he’s not saving Earth throughout various points in history.

Doctor Who is the closest we get to a show involving distant space travel and just look at how insanely popular it is throughout the world!  Granted, that popularity isn’t just because there’s space travel involved as it’s a cleverly written show that appeals to all ages, but one could argue that a large part of the fascination is the alien worlds and the creatures that inhabit them.

An excuse that’s been used is that people aren’t interested in space any more.  Even if that argument may have had a shred of merit at one time things have changed a lot.  Just look at the recent resurgence of interest in real-life space exploration and travel.  We’ve got private industry sending unmanned ships to the ISS and soon to send people as well.  There’s never been more talk about going to Mars than there is right now and NASA is even experimenting with actual warp drive technology!

People are more interested in seeing space adventures than ever before and the only reason my cynical mind can conjure for the dearth of such programming is profit.  We’ve heard countless times how ship-based shows are expensive and not as profitable, but isn’t CGI cheaper and better than ever before?  If you do a little digging online you’d be surprised at how many “normal” shows employ CGI and do it a lot.  Hell, Sanctuary was practically all CGI with the exception of the actors and a few props, but somehow that managed to stay on the air.

I think what it really boils down to is not profit per se, but profit margin.  There’s a much larger margin of profit for a show set on Earth in the present than there is for a show set on a starship in the future.  I get that the bean counters have to be satisfied, but the networks have to satisfy their customers, too.  If you want to make people happy and keep them coming back you have to give them what they want.  Even if some of those things aren’t as profitable you’ll make up the difference in volume, goodwill, and repeat business.

So, network executives, I only have one question for you: