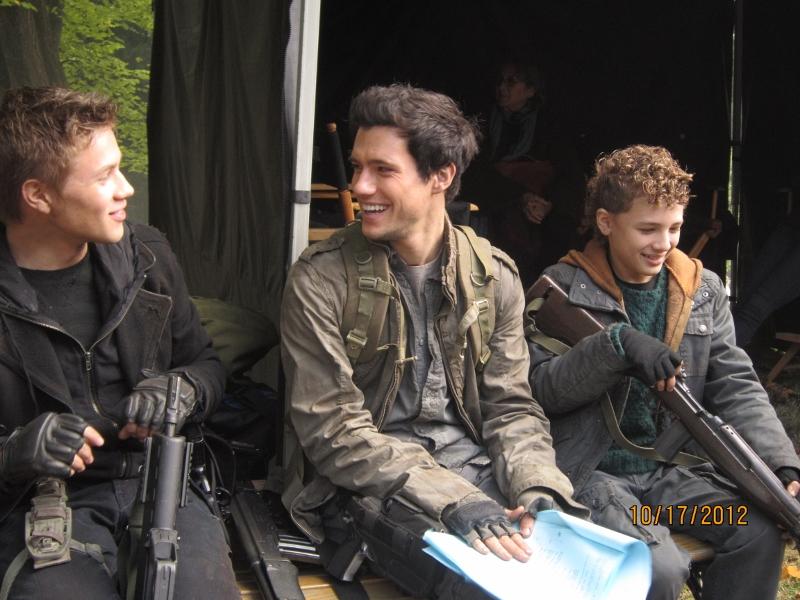 Season 3 of Falling Skies wrapped production today, just in time for cast members to get home in time for the holidays. Not much is known on what we might see in season 3 but small gifts of information have leaked out that give us a few ideas of what we might expect to see in the new season. Season 2 left us in Charleston with a new race of aliens making an appearance. The new alien is being acted, via a prosthetic suit (similar to that of the skitters) by actor Doug Jones.

As season 3 was wrapping filming we got a behind the scenes look at a dream sequence set to happen with Noah Wyle and Will Patton, thanks to Vancouver area photographer YVR Shoots. In the photo below we see a clean shaved Tom Mason and a homeless looking Weaver on the streets of downtown during what appears to be winter, perhaps Christmas time. Many believe it will be our first flashback to before the invasion and give us some insight into how Tom and Weaver met. Will this appear at the end of the season because it was filmed last? Maybe and maybe not. Many times when shooting a scene that requires you to go back in time, and in Toms case shave his beard, its easier to save that for the end of production. Its very likely this scene will be either in the premiere episode of the new season or some point near the first half. 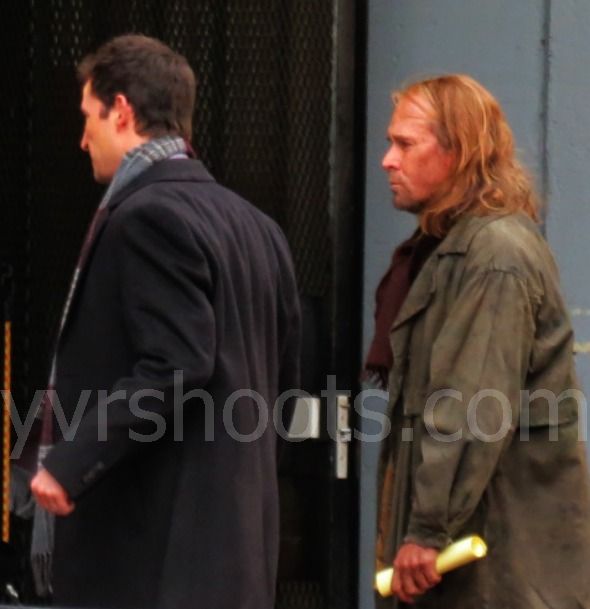 This is the first time the show has done any flashbacks to before the invasion. However I wouldnt jump up and down for an invasion flashback. It was said from the very start that both Dreamworks and Spielberg did not want to show the invasion itself. However, I would expect we may see flashbacks of other characters in season 3 including Hal, Maggie, Pope and Ben. All of these characters have had references to their past throughout season 1 and 2 and they may use that in season 3 to answer some questions about how characters are reacting now.

As production finished Drew Roy who plays Hal Mason tweeted “I got to smack @connorjessup on the back of the head all scene long today. Now I’m season wrapped and off to Alabama #Christmas“. To which Connor Jessup, who plays Ben Mason, replied “@drew_roy You were hitting me? Huh. I thought there was just a slight breeze in the room…“. All kidding aside this small tweet might shed some light into a theory we have had since Molon Labe in season 2. The overlords are not done with Ben by any means. Even with Red Eye dead, Ben holds important information on resistance members within the ranks and may also hold the key to how they and he are resisting the influence and control of the Aspheni (overlords). Hal was seen with ‘eye-worms’ at the end of season 2, which leads us to believe Hal will be controlled by the aliens in some way. With Drew’s tweet, it appears that Ben and Hal will come to some sort of confrontation, possibly with Ben captured and Hal torturing him.

We still do not know what role the new alien will play in season 3, Ally or Enemy but they will play a rather large role. Another lingering question is Anne and the baby. Karen says she knew Anne was pregnant. Does that mean the baby is part alien, if Karen is suddenly able to detect the baby? Will we see more of Karen? I can answer that part, yes we will see Karen in season 3, but you may have to wait a bit into the season. She played Ben once, but can she do it again? Or will she dispense with all the games and just torture him until she gets what she (and the overlords) want?

While this isn’t much information and mostly speculation, enjoy some season 3 wrap photos from the cast and be sure to check in often for updates on all things Falling Skies.