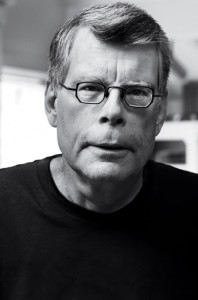 With few exceptions, the major networks usually ignore the summer season, but this summer not only is CBS giving viewers something new to watch, but it’s also something very different than what you’d expect from “The Eye.”  Deadline is reporting that CBS has given a straight-to-series order for a 13-episode adaptation of Stephen King’s novel Under the Dome.  What that means is we won’t have to wait for the network to approve a pilot, then hope a series gets made.  Nope, this baby’s already set for 13 episodes from the start!

The series will be produced by Steven Spielberg’s Amblin Television and air some time next summer.  Deadline is also reporting that some characters and story aspects from the novel have been changed by writer Brian K. Vaughan (Lost), but all with the blessing of King.  The series will also have a different ending from the novel leaving the story open for another season should it find success.

From the CBS press release:

CBS WILL TAKE VIEWERS “UNDER THE DOME” IN SUMMER 2013

STUDIO CITY, Calif. – CBS has given a straight-to-series order for 13 episodes of UNDER THE DOME, a serialized drama from Steven Spielberg’s Amblin Television based on Stephen King’s best-selling novel of the same name. The series will be broadcast in summer 2013.

UNDER THE DOME is the story of a small New England town that is suddenly and inexplicably sealed off from the rest of the world by an enormous transparent dome.  The town’s inhabitants must deal with surviving the post-apocalyptic conditions while searching for answers to what this barrier is, where it came from and if and when it will go away.

Here’s a trailer for the original release of the novel:

Steven King talking about the process of creating the concept for Under the Dome:

Here’s the rest of the press release where they mention a “multi-platform window” which sounds like it’s going to have some post-airing web tie-ins.

CBS and Simon & Schuster will cross-promote the television series and book in advance of the show’s summer launch with the April 2013 re-release of trade paperback and electronic editions from its Pocket Books imprint. UNDER THE DOME was initially published by Simon & Schuster’s Scribner imprint in November 2009, earning widespread critical acclaim and #1 best-seller status.

“This is a great novel coming to the television screen with outstanding auspices and in-season production values to create a summer programming event,” said Nina Tassler, President of CBS Entertainment.  “We’re excited to transport audiences UNDER THE DOME and into the extraordinary world that Stephen King has imagined.”

In addition to the featured broadcast on CBS, UNDER THE DOME will have a unique programming model tailored for a summer launch with a multi-platform window available for each episode shortly after the network airing.The series will be distributed domestically by CBS Television Distribution and worldwide by CBS Studios International.