What to expect when you’re expecting Science Fiction finales

We all know how it goes: You dig in to a new series and want the best from it. You want it to do as good as possible, and along the way craft memorable characters and quirky intelligent plots. And some of them do, some of these series deliver for us.

As they go down the road toward the finishing line, however, there is an increased pressure to stick the landing. The problem is that the landing is often dreamed of by the audience and they want the thing that is in their head to be the only one possible. They embrace it and squeeze it like a puppy. Except TV shows aren’t puppies, are they? Of course they aren’t – TV shows rarely end up housebroken. Instead the broken thing is your own beating heart.

So you pick yourself up and rant and rail against the show losing its way and straying from the course you know that it should have taken. You leave behind the wonders of Science Fiction for the shores of pre-decided anger. Those shores don’t have sand, only broken glass. And as you John McClane your way across them in search of your show which is now the Hans Gruber of your soul you leave a trail of blood behind you. Your own life spills and stains even as you, ho ho ho, have a machine gun now.

Except the machine gun is a peanut butter and jelly sandwich and the show is your parents telling you that you have to go to school and to stop faking being sick. Suddenly you’re a child again, leaving crumbs behind as you eat your lunch and curse your mean teachers. The show betrayed you. It didn’t deliver. It left you alone and stole your milk. Now your bones won’t grow and you’ll be left on the sidelines when they pick people for gym teams.

But that peanut butter is what you’re allergic to, and you don’t even know it, the jelly sticks to your fingers and makes a mess. Because what you love is under no obligation to love you back, even as the tether ball smacks you upside the head. That’s what TV can be like.

But you also have to see that each failed finale is a comma splice when you wanted a semicolon and you need to hold on to that. The joy you felt isn’t negated by a sadness at the finish line. Failing to hold on to what made you love a show simply because it didn’t stick the landing is like refusing to hug your cat because it scratched you one day. Hold on to the love you felt, cherish the episodes that moved you and remember that the next show, the next love, is only as far away as the next season. And even then they may betray you like homework and the way Hans Gruber totally fooled McClane with his awesome fake accent. 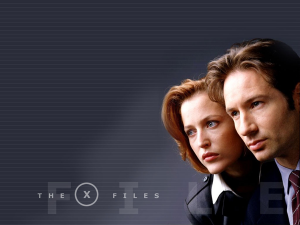 So you have to ask yourself – why do it? Why watch these shows at all? They only offer machine guns, puppy pee and a closed throat due to allergies. Why do it to yourself season after season? Why trust when you know trust can and will be broken?

Because you’re a creature of love and trust and you shouldn’t ever lose it. Because one good show makes up for forty terrible ones and you know that, deep down. We all know that. And so we sit, and hope, and wait for a new show to unfold before us – tense like bitter old lovers and giddy like small children who have their whole lives ahead of them. That’s what TV brings us. An entire spectrum, before our eyes.