Why Can’t A Doctor Who Companion Just Be A Companion?

Before they brought Doctor Who back from the icy depths of an eighteen year slumber, the companions were often simply that – companions. They were people who went along with the Doctor out of a sense of adventure, or the time was right, or any number of perfectly understandable reasons.

Since the revival, since the new series started, that’s been the opposite of what’s been going on. I’m thinking over a list of companions here and not very many of them are just, well you know, companions: 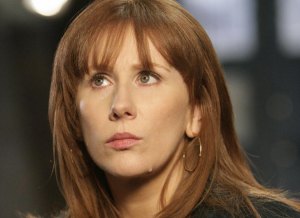 So in the entirety of the new run of Doctor Who we have had two companions who weren’t super-special snowflakes to begin with and didn’t become them later on. Two. Out of nine. Them’s not good odds.

And it gets a bit old, doesn’t it? Look, I love Doctor Who. I, quite frankly, adore Doctor Who. And I love Donna and Rory and… I don’t begrudge the occasional “Look how special you are” but when it is the majority of the time it simply stops being special.

It starts to lack something for me. Just a bit, but there is a noticeable twinge of lacking going on. I miss Sarah Jane, who was only special in that she was a great companion and had her eyes opened by her travels, allowing her to do the sort of work the Doctor does in a smaller scale. And that’s grand. That’s perfect. Or Ace, or Peri – what was wrong with not having to up the companion stakes every time? Why must we now make them more special, more critical each season as if the Doctor alone can not carry his own show? 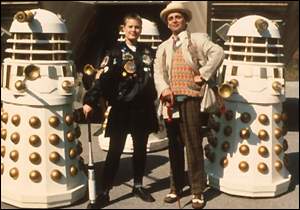 And maybe that’s it. We enhance the companions to diminish the Doctor a bit, to hide his light just a wee bit, because there’s a sense of worry that if the Doctor were allowed to shine next to a “normal” person he would make them look small, and that would make viewers feel small.

Maybe I’m reading way too much into it.

But either way, though I still love the current show for exactly what it is, I still find that I miss the time when a companion could be a companion, not the focal point of a series.