Being Human US: (Dead) Girls Just Want To Have Fun Recap/Review 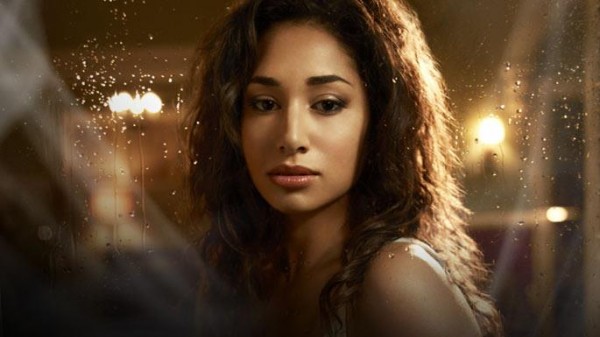 Welcome back, everybody to another week of being human.  Last week we witnessed the strange resurrection of the dead, a werewolf being cured and Aiden laying at the side of the road dying of thirst.  I’m ready to dive into this week.  How about you?

Wow Syfy killing right off the bat?  This is pretty exciting.  It looks like daddy wolf has returned.  Do you remember the twins, Connor and Brynn, from season two?  It appears there daddy has finally found out they’re missing and he’s out for blood.  He goes after the Amish, where he learns that his son has been killed and is now on the mission to find his daughter.

Let’s see what’s happening with the gang, shall we?

Sally is pretty giddy about being human once again, and she’s pretty proud of the fact that Josh was also able to save Stevie and Nick.  However, didn’t Donna the witch tell them they were not allowed to see anybody in their life prior to dying, but yet Nick right away gets back together with Zoe.  Well I guess she technically knew him as he was dead, so maybe that’s the exception to the rule?  Nick and Stevie go on their own way, and Sally is ready to jump back into life.

Josh receives a phone call, and he and Sally go off to rescue Aiden, who has survived the car accident by feeding on remnants of blood he found in the van.  I guess after finding out that your best friend had been buried 6 feet under for 15 months.  It’s okay to joke about his serial killer look by saying silly things like, “You looked like a young Moses, it was nice.” (said by Josh)  I love it when shows like being human corporate comedy with the “serious” nature of their show.  Experiencing blood lust and having no interaction with humans, or anyone, for the past year Aiden in struggling to adapt back into life before Mother returned.

As Nora gets ready to lock herself in the storage unit for the full moon, Sally and Josh make plans to go out for the evening, despite Donna’s warning that she cannot be in contact with anybody from her past, and Aiden goes off in search for blood.

True to form Nora is confronted by the twins his father and in order to find out if she is lying to him he locks them together in her storage unit fight before their change.  Sally and Josh are having a great time at the bar and Josh becomes overwhelmed with the fact that Sally is actually occupying space across from him and he can see her not just hear her.  Their fun is ruined when low and behold someone from her past recognizes her and once he mentions he was a wreck at her funeral Sally cannot hide the fact that she isn’t dead any longer.  Telling him she had faked her own death to get away from Danny she talks Josh into letting them go back to the apartment for a couple of hours before he returns home. Josh decides he wants to ask Nora to marry him.

Aiden’s storyline is a bit more complicated.  Going out into the world he finds out how serious the virus for vampires has gotten anybody who has had the flu has tainted blood and could kill him if he drank from them.  Being desperate he seeks out Tracy, a woman he has paid in the past to drink from, she tells him that she has had the flu that drinking from her would kill him.  However she gives them a name of a man who is supposed to have clean blood.  When he goes in search of this man he finds out Tracy is working with werewolf’s and a pack is waiting for him. Interesting enough, he is saved by his own son, Henry, and is brought back to his son’s home.  Here he learns that Henry still considers him an important person in his life and he meets Henry’s girlfriend Emma.  Henry tells him that Emma will feed him to give him his strength back but when Aiden and Emma alone he learns that Henry is basically keeping her hostage so that she can’t contract anything that could kill him.  It in turns down the meal, and heads home.

Wrapping up the episode Aiden is still struggling for a meal and we see what may be a little bit of attraction between Aiden and Sally when she offers her blood up to him.  I personally thought that Aiden had a little bit of a crush on her in the first two seasons, but since she was a ghost  he couldn’t do much about it.  I personally hope the show starts leaning in that direction, but I guess we’ll see.  I know many may disagree with that, but that is how I feel.  During their one on one time Sally says that they are blessed that they can do it right time around which brings Aiden to the decision to let Emma go.  When Henry learns what he has done he is angry and despite Aiden’s  request to be a family Henry walks away stating that they will not live through the sickness.  The consequences of Sally hooking up with somebody from her past is deadly as we learn that Trent has passed away.

Once again we are left with another cliffhanger when Josh goes to let Nora out of the storage unit only to find a lot of blood and the door shredded open.

I have to say that despite the weird resurrection of Sally, I thought this episode was great.  We had humor, we had possible romance with Sally and Aiden and Sally and Trent, we had a father-son bonding in the “being human” way, we had drama ,we had true nature of friends and we were left with the question, “What happened to Nora”?  It is only the second episode of the season and I stand by what I said last week, so far,  and that is this season could be the best to date.  I have to reiterate the fact that I am loving the characters this year, I’m enjoying the storylines even though some are bordering on things that make you go hmmm, overall I love the feel of the show so far.

So until next week my fellow Begin Human fans watch your backs for those vampires seeking out untainted blood.