With Alphas cancellation, SyFy shows its lack of thinking. 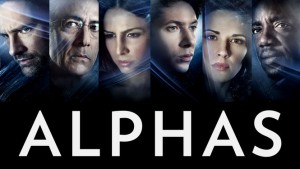 SyFy has cancelled Alphas, and with it a bunch of my hopes for the channel. It wasn’t that long ago that SyFy was living the dream. They had three shows (Eureka, Warehouse 13, and Alphas) that each slotted into one of the big SF/ concepts and all had the ability to interplay.

Eureka was our super science show, Warehouse 13 was the Unexplainable/kinda-sorta-magic/urban fantasy show and Alphas was the superhero show. As of today we’re left with Warehouse 13, and while I enjoy the hell out of the show I can’t help but feel it hasn’t got long to stand. 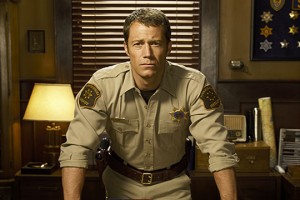 Those three shows all presented something that isn’t done enough on TV, or in SF/F these days: They were built on hope. Chuck, over on NBC, was the last show I can think of that was built on hope the same way (and of course Doctor Who but that’s British and a different story). Building stories on hope is something I feel is important.

Were they, any of them, the best shows ever? No, of course not. But Alphas, specifically, was an amazing cross between dark and light. It had great characters as well as great actors and when it dove toward a cliff at the end of season 1 it refused to back down.

Warehouse 13, one of the things that drives me nuts about it, dives off cliffs constantly only to shout “Don’t worry it wasn’t a real cliff” – every time (until maybe very recently?) and so it robs that charming litt 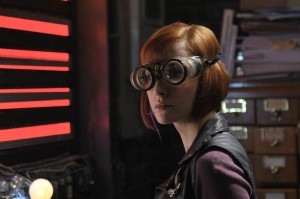 Alphas had stakes. It had a heart and wasn’t afraid to go into gray areas because they gave you better story. It wasn’t the best show ever but it had an amazing amount of potential and, in a rare burst of goodness, followed through with that potential every chance they could. It’s the sort of show that you could feel wouldn’t be anything resembling what it was in Season 1 by the time it hit Season 5.

Except we won’t know, will we?

No, instead Alphas is tossed on the garbage heap and we’ll get… what will we get, SyFy? More Ghost Hunters / Reality Show crap? Another giant ocelot vs. robot ostrich movie? All right I might watch that one, but my point stands! The channel was building an interlocking mythology across multiple shows with multiple show runners. One that could have kept spreading out and growing.

What? That’s unpossible, you say! You can’t do that! Tell it to Marvel Studios. Seriously I want you to stop and imagine a world where SyFy wasn’t a bunch of pinheads and instead built this creation they accidently lucked into and, a year or two down the road, did a giant TV event miniseries with all three shows at once. That could spin off into a new show or two. 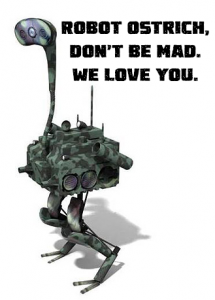 It could have been the most inventive thing people have tried with a TV station in a good long while, cementing fans and building a great powerbase for the station.

Instead: Let’s look for bigfoot, you guys, because he’s totes out there. No, really, his mom left me a note.

So yeah, thanks SyFy, for proving to me yet again that I can only trust you to take things off the air and replacing them with reality TV, instead of backing them and building an actual Science Fiction/Fantasy programming block. I’ve lost faith, here, yet again, and I see no plan for how to get it back with the network. I will give the new Rockne O’Bannon show a try, because of my Farscape obsession, and yeah I’ll keep watching (what I’m now sure are the last episodes of) Warehouse 13, but past that? Past that I’m out, all.

SyFy keeps telling us it wants to make a cheap buck, as is the networks job I know, but it wants to do it by showing you reality TV and bottom rung, five dollar production budget movies.

We need to stop letting them think that’s OK.