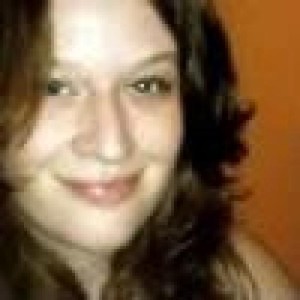 BreadKittens is a kookie little mobile app game for Apple devices.  It was released back in October 2012 by game developers, Bake450, and is still pretty popular in the download ranking charts.  Imagine the game play style of Pokemon, but with cute cats wearing bread on their head and you basically got BreadKittens.  You’re a perky baker in the world of Catlandia, throwing baked goods at cat’s heads to save them from the brainwashing ChowCorp.  Now stay with me here, because as bizarre as this sound; it’s pretty addicting.

You have a team of cats that you level up and battle.  They have different stats; such as speed, health, and attack, which vary in strength depending on the cat.  This is a fun bit of strategy on building an awesome team of kick butt kitties.  In the game, you explore the different towns that are unlocked as you continue to progress forth in the game.  The graphics of the different lands are pretty high quality and beautiful for such a silly concept of a game.  There’s 150 different breeds of cats to collect in your Kitten Dojo, ranging from the common ginger cat to the unique panther; appealing to future crazy cat ladies everywhere.  It’s just cute!  If you ever wanted to get your girlfriend into RPGs, this may be a gateway game.

Now why exactly are you, the player, a baker?  Aha!  To bake poptarts to throw at cats but of course!  In the main menu of the game, (which may I add, is easy to navigate) you have a bakery with ovens to bake different types of pastries.  In battle, you “catch” a rival cat with these (aka: Pokeballs).  You can also bake different types of bread to equip on the kittens you have already caught.  Each type of pastry will amp up a different stat or ability when equipped.  Some of these are like armor, added HP, or can increase critical attack strikes.  Again, it is just one more thing adding to the cute-factor of this game and also appeasing to internet meme fanatics.

As for battling game play, it’s lacking a bit here in this department.  Essentially, you tap the screen when the moving cursor hits the middle of an attack range scale that’s on the bottom of the screen.  It seems to vary from turn to turn what your attack rate ends up being in my opinion.  Your cat is then shown jumping on the rival cat’s head and that’s about it.  There’s always a chance that one of your attack hits will be a critical hit, which seems to be about 3-4 times your average hit rate.  You can heal your cat with cat food mid-battle if it’s about to “faint.” If you do faint, it’s no big deal, you can heal your feline with some cat food.  Want to save your cat food for needed battles?  Your kitty can also go hang out in the Kitten Dojo until it is fully healed and even alert you with a “meow” sound to let you know.

I like that this game is not reliant on real money purchases.  It’s an included option, but Breadkittens is fully playable without spending real cash.  You earn in-game currency (MeowBux) to buy certain recipes, cat food, etc.  Some of your rivals will drop flour and coins after a battle.  There is a daily free spin (Siamese Slots) with a chance to earn these too.  You can “like” Breadkittens on Facebook, follow them on Twitter, and other type social media sharing for in-game dollars as well.  I really appreciate that in an app game.  There’s nothing worse than investing time in a game to later find out you have to pay to do anything else.

Breadkittens has many social media tie-ins to game play.  The app recently had an update and now includes a battle arena called The Colosseum where you can battle your kitties online with other players.  All throughout this game are achievements to earn and able to be linked up with Apple’s GameCenter.  You can earn more spins for Siamese Slots by inviting your friends.  More MeowBux can be earned by sharing pics of your kitty team on Facebook and Twitter.

All in all, Breadkittens is an app I would totally recommend for you to try out.  It’s not one of those game apps that you’ll just play once and delete.  It also seems to be continuing to be developed and expanding on game features, as shown in Breadkittens newest update.  Give it a go, it’s adorable and weird in the best way!