We are thrilled to bring you this EXCLUSIVE new sneak peek at Falling Skies season 3 thanks to TNT. Starting tonight on TNT this 10 second sneak peek will begin to air and let me just say its creepy.

While the preview is short and may seem like it doesn’t have any new footage, think again. We took some screen shots of a few key scenes revealed in this preview and discuss what they could mean for season 3.

In a recent interview at MCM Comic Con Connor Jessup commented on where season 3 would start off.

“It becomes much more universal in a very literal sense.” Jessup says. It was reported several months back that Stephen Collins would be attached as president of the former US and new cast members from Charleston would be added to expand the scope of the story beyond the 2nd mass.

Jessup also commented that actor Doug Jones was great to work with. Jones plays the part of the new alien we saw at the end of season 2 and the role of this new race is going to be complex, adding to the overall scifi feel to the series. We recently learned that season 3 starts 7 months after the new aliens land and thus far the new race is a friend to the 2nd mass but everything changes by the end of the season.

At the end of season 2, it was revealed that Karen implanted the ‘eye bug’ into Hal. This is the same bug that was found and removed from Tom’s eye at the start of the season. The device flew back to the skitter. We still don’t understand its purpose but its clear from this preview that Hal wont be the worry-some older brother Ben and Matt remember. With all of Ben’s added strength and knowledge of the resistance, is a confrontation between Hal and Ben inevitable? 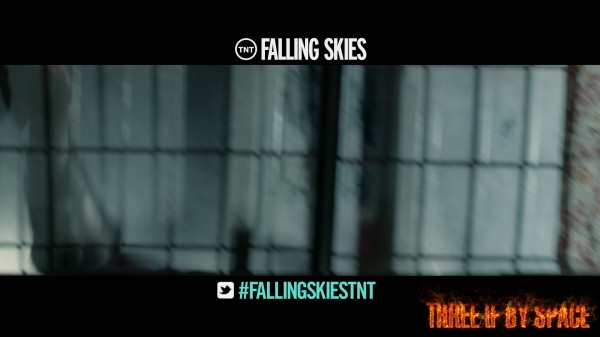 Inside the aliens ship?

Will be seeing upclose and personal to the Ashpheni (Overlords) city platforms or are we looking at the new alien races bigger ship? While the photo is blurry, the arm is clearly alien and based on comments from Connor Jessup (Ben Mason) the scope of season 3 is much broader than the last two expanding far beyond the 2nd mass and Charleston. Just how much we will learn is yet to be seen but the next clip tells us, we are going to learn a lot. 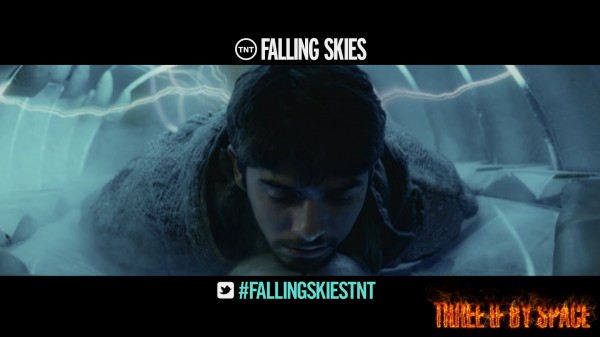 This scene has to be the coolest, and creepiest of the group. It brings back memories of season 2’s episode Young Bloods, in which several kids are taken and harnessed, including Matt Mason who was barely saved. With the new alien race having arrived, are they stretching out a helping hand and healing the previously harnessed of the ‘process’? Is this a way Ben might be able to be normal again? The bolts of electricity appear to be going to the spine of the person in the scene, pointing to some connection to the harnesses.

Or on the other hand, this could be a ruse by the new alien race to assert control over these previously harnessed kids to use for their own reasons. It is also possible that this is a chamber belonging to the overlords and may serve to force a rapid transformation of the child without the use of the harness. With the new aliens having arrived their time table has clearly moved up. 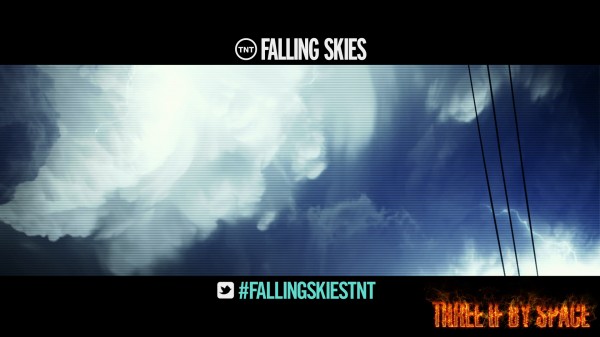 The sky is not normal. We saw a brief look at that when the new aliens first came down at the end of season 2. But the more you look at it and considering where the weapon was pointed that the 2nd mass destroyed, the idea of terra forming comes to mind. Consider the overlords are looking for a planet with the resources needed to increase their army and grow their defenses against, perhaps, our new aliens. Terra forming may be used to change the planet and allow them to mine it for something that doesn’t already exist.

Tell us what your thoughts and theories are about the new preview and the screen shots above.