Once Upon a Time Spin-Off in the Works 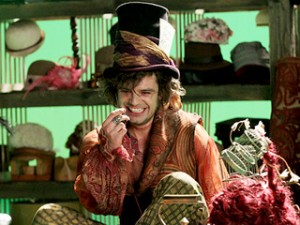 A couple of weeks ago news came out that ABC was moving forward with a spin-off to its popular and critically acclaimed series Once Upon a Time. Initial rumors and statements placed it as focusing on Jefferson, AKA the “Mad Hatter” who was featured in several season one and season two episodes. The actor who plays him, Sebastian Stan is a wonderfully talented actor; perfectly suited to playing the line between genius and madness embodied in Jefferson.

I was pretty excited to hear about this, as I was very intrigued by the Mad Hatter character when he first appeared. Not by the character himself, but by the possibilities his story brings up. Ever since we first saw Wonderland, I wanted to know more about it. What was life there like? Who was the Queen of Hearts (of course we now know the Queen of Hearts was Cora, mother of Regina AKA the Evil Queen, banished to Wonderland by her daughter)? Why, if Cora was the Queen of Hearts and was able to use magic, would Jefferson have to work so long and hard to try to get a magic hat to work? Couldn’t Cora just enchant it? For that matter why did Cora kidnap her husband Henry, Regina’s father, and hold him in a box in Wonderland?

So I was really looking forward to learning more about Wonderland. It seemed like everything was going well and full steam ahead. Then came news that Sebastian Stan wouldn’t be available to do a series for quite a while. He is busy with a few projects, not the least of which is the next Captain America movie. Word was that sadly they were looking to re-cast the role with someone else. The original product seemed dead in the water.

However news has come out that the showrunners have no desire to re-cast the role but still wish to do the show, and thus some tweaking has been done. What it looks like is going to happen is we won’t initially see the Mad Hatter return. Instead the show will focus on Alice (of Alice in Wonderland), a character we haven’t seen yet in Once Upon a Time. So it looks like we will be seeing quite a bit of Wonderland.

Filming for a 4-episode start up starts next month. Like Once Upon a Time, the show will feature flashbacks to the past, so there is a distinct possibility we will see the return of Barbara Hershey as Cora/the Queen of Hearts. If the series is picked up, it is rumored that it will feature a 13-episode season in between seasons of Once Upon a Time, which would mean only a short break between Once-related shows.

So, I am super excited about this, and will endeavor to keep you all updated as we get more news! 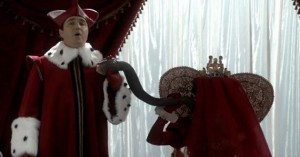