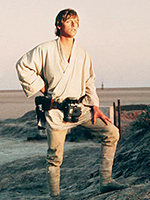 I have been entrusted with a sacred duty today. A duty to tell you what should happen with Star Wars. Why was I chosen for this? I was the drunkest. But the spirits have left me and now, by the cold hard light of day, I stand before you ready to reveal the majesty of what could be.

Disney has a lot of options when it comes to the plots carried forward. And while you have compelling stories like:

* Watch Han and Leia learn to hate each other as they learn a couple forged in a war doesn’t always last during peace.

* Luke Skywalker realizes he still has no home and no skills outside of being a farmer, unless you count levitating ships – and so he joins a circus.

* That one puppet that danced that one time in that bar – the solo adventure. 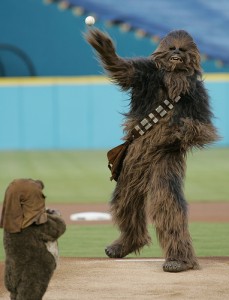 * Chewbacca, left by Han due to Leia, strikes out on his own and becomes a God to Ewoks. A drunken God.

My point is that we should aim higher. I think we should push Disney to consider the following plots:

* Lando. No, you don’t need anything else. It’s Lando. If you don’t understand why two hours of Lando wouldn’t the cinematic equivalent of Raging Bull then there is no hope for you anyway.

* There could be a quite compelling drama piece set against the backdrop of Rebel fighters returning home. They broke faith with their friends, possibly, and now return the victors. That struggle, their fight to find a place in this new world they risked everything for, would be captivating.

* The rise of Jedi training by Luke and Leia neither of who have any grounding in the history of Jedi, so that the new Jedi end up devoid of the knowledge of the past and end up turning to the Dark Side, not understanding it is a problem. Interestingly, we end up without a Light and Dark Side split, and these new Jedi find a middle ground to inhabit. Then they fight a lot with monster trucks made of light sabers – because of reasons.

* Actual stars fighting each other. It’s the hidden, deeper, truer Star War of the title. Think of it. Stars punching each other. To hell with your light sabers. Stars! Punching! Each! Other! Right in the facemeats! Do stars have facemeat? I don’t know yet, but if I were a better man I would say yes and that they could be punched a whole lot. 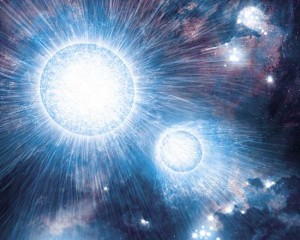 Anyway what I’m saying here is that Disney has options. Options that involve stars punching. Options they should use. Options I will gladly take payment for.