Evolution of Comics: Does Spider-Man Have a Higher GDP Than Your Country? 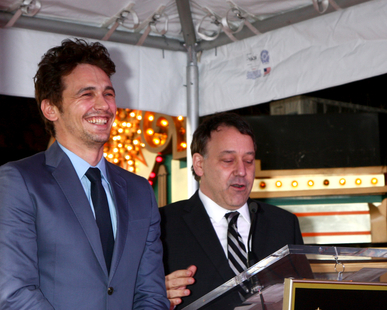 America’s favorite web-slinger first appeared in 1962. Since then, Spider-Man has evolved from a geeky teen with self-esteem issues to one of the most well rounded characters in comics. He has appeared in a multitude of media that include: cartoons, video games, movies, a live-action television show and even an accident-ridden Broadway show. But what about his humble beginnings, which direction will the franchise swing next, and what does Spidey say about our culture’s hero-worship?

A Profitable Web Has Been Woven

“Spider-Man,” the first Sam Raimi film, was the first superhero movie of the decade to be box office gold. “X-Men,” (2000) arguably the first in a new generation of superhero movies, was also a success. “X-Men” grossed $157 million, which seems paltry when compared to the $403 million of “Spider-Man.” Since the release of the film in 2002, superhero movies have become the summer blockbusters of choice for most studios. However, these recent superhero movies are not only popular with fans and audiences; they have received critical acclaim due to the evolution of the superhero film from a sub-genre to a genre all its own.

The “Spider-Man” movies that have been released over the course of the past decade have blown expectations. Sam Raimi’s triumvirate raked in more than $1 billion, according to Box Office Mojo, surpassing the 2012 GDP of the Solomon Islands, attests the CIA. The 2012 reboot, directed by Marc Webb, may not have been as successful as Raimi’s first “Spider-Man” film, but it did gross about $262 million, more than the GDP of Sao Tome and Principe, an island nation off the coast of Gabon.

The Early Adventures of Spider-Men

The cartoon incarnation of “Spider-Man” ran in the 1960s, but it wasn’t until 1974 that a live-action “Spider-Man” graced the small screen, according to Shadowlocked.com. As seen in three-minute sketches on the children’s show “The Electric Company,” this incarnation had virtually nothing to do with the “Spider-Man” of the comics. It was just a guy doing acrobatics in red and blue pajamas. The first television show to feature the webbed-showman used the same basic formula.

CBS’s “The Amazing Spider-Man” appeared in 1977, and managed to release 13 episodes before the show’s cancelation in 1979. True, the ratings were not terrible, but the show was not particularly popular with diehard fans. Nicholas Hammond played a solid, adult Peter Parker and the show had a sweet disco soundtrack, but it lacked a budget and a cast of serious villains. Spiderman’s foes in the series were bamboo-wielding ninjas, thugs and petty criminals. Like the sketches from “The Electric Company,” the show didn’t look to the comics for anything more than inspiration.

The 1980s and 1990s each produced cartoon versions of “Spider-Man.” In fact, the series from the 90s can still be seen on the Hub, a television network available through http://www.rasertech.com, Direct TV, or http://www.hubworld.com. However, a live-action depiction of “Spider-Man” would not be attempted again until the 2002 film by Sam Raimi.

There are myriad differences between the 1970s series and Raimi’s films, and most of them involve Raimi’s close attention to the original comics. The plot line of the first film, for example, was a combination of the familiar Spider-Man origin story and the Gwen Stacy story-arc from the early seventies, according to Popmatters.com. Raimi’s Peter Parker was just a dorky kid before the famous radioactive spider bite, and he remains somewhat diffident throughout the first and second films, a key component of the character. Spider-Man is not a superman; he’s an everyman. Those who did not understand this facet of the character were consequently skeptical of a superhero Tobey McGuire. However, many believe him to be a perfect fit for the role because he embodied the personality of this character: a meek social outcast who had been granted extraordinary powers.

Superhero Fanfare on the World Stage

Spider-Man has been one of the most popular comic characters in American culture, since he first appeared in “Amazing Fantasy #15” back in 1962. Consequently, borrowing from the material that made him so popular is one of the primary reasons why the film was such a runaway success. The realism in Raimi’s portrayal of Spider-Man is no different than the realism in Stan Lee’s original comics.

Similarly, the realism in Christopher Nolan’s “Dark Knight” trilogy is very similar to the realism that Frank Miller employed when revamping Batman in the 1980s. The same could be said of any of the new generation of superhero movies, whether one speaks of the “X-Men” franchise or the “Iron Man” franchise.

This fanfare separates the new generation of superhero movies from the likes of “Batman & Robin,” the 1997 bomb that has become one of the biggest punching bags in the history of film. Audiences are drawn to the new films for reasons beyond the use of familiar heroes and incredible special effects. These films are, ironically, realistic. The noir-esque realism distinguishes them from the older generation of superhero films, as well as regular action films.. The good guys and the bad guys do not fight in a vacuum, but in a real city that is occupied by real people. The heroes have real problems.

Realism has been one the keys to the success of comic books for decades. It’s no wonder why the same ingredients, when used in the medium of film, prove to be just as profitable — they draw on the roots and complexities of the character. Even if franchises perform reboots every ten years, this new genre will continue to be successful, so long as directors remain true to the comics.