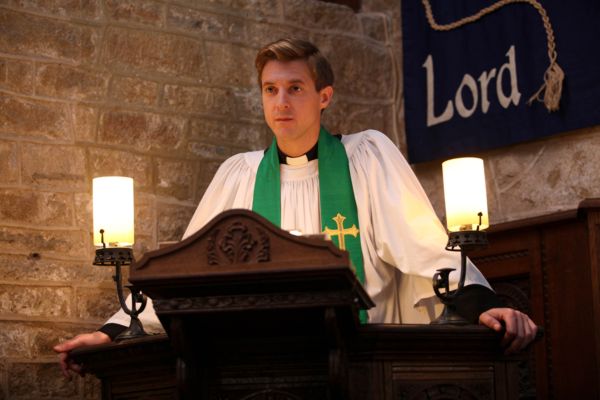 Last week’s episode brought about a number of revelations about the case and what drives some of the people of Broadchurch.  While the reasons behind Mark Latimer’s suspicious behavior have been revealed, he’s not off the hook as a suspect, at least in DI Hardy’s head.  After we discovered that Hardy had worked a previous case involving the murder of a child, but had not been able to solve it, the reasons for his demeanor, drive, and health problems have also been made clear.  And even though he seems quite sincere, because he seems to know so much about the murder Psychic Steve is still in play as a suspect.

The burning boat is a much needed piece of evidence, but things continue to become more complicated.  Not surprisingly, more citizens of the sleepy seaside town have secrets of their past brought to light.  These secrets paint their owners in a less than favorable light and cause the townspeople even greater frustration.  It also begins to complicate the case.

The possible evidence that was burning at sea has been recovered. Hardy is thrilled – it is a much needed breakthrough.

Olly investigates Jack Marshall, (the newsagent for whom Danny did a paper round, and his Sea Brigade Master), and turns up a suspicious former conviction. Hardy and Ellie interview Jack, who denies he had anything to do with Danny’s death.

The Latimers, distraught by the lack of press coverage, call Karen. She convinces them that she can make the story front-page news on the nationals – if she can get exclusive access to Beth. Hesitantly, they agree.

Maggie has uncovered that Susan Wright uses an alias, and she questions her about it. Susan tells Maggie to stop asking questions.

After dinner with Ellie and Joe, Hardy blacks out in his hotel room.