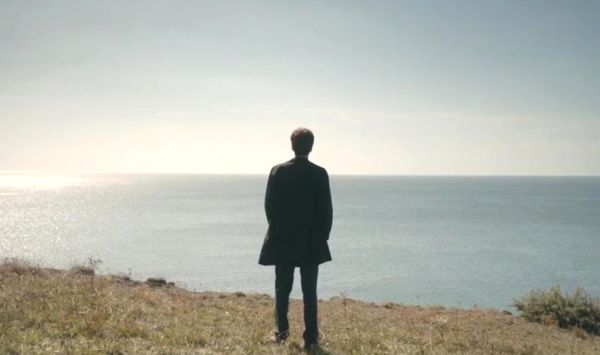 As word of Danny’s murder spreads through town the small local police station is overrun with calls.  Spread thin and short on staff, DI Hardy wants to focus the priority on finding Danny Latimer’s missing mobile phone and skateboard, both of which could provide much needed clues to where he was murdered and, hopefully, the identity of the murderer. 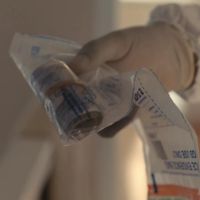 Jack Marshall, owner of the newspaper shop Danny delivered for and leader of the local Sea Brigade, of which Danny was a member, calls to say he has information that may be important to the case.  He saw Danny arguing with a man dressed as a postman, but he was very far away and couldn’t provide anything beyond a vague description of the man.

A police search of the Latimer home turns up £500 cash hidden in Danny’s room and a small amount of cocaine in the room of Danny’s sister, Chloe.  Chloe was working for local hotel owner Becca Fisher who asked her if she could get some for a couple of guests.  Chloe eventually got the coke, but by that time the guests had checked out so Fisher gave it back to her.  Fisher claims the incident had nothing to do with Danny’s murder and that it was a single, isolated incident. 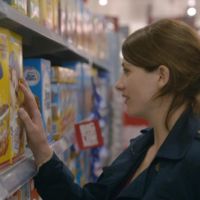 While the acting by everyone is flawless, once again it’s Jodie Whittaker’s performance as grieving mother Beth that stood out amongst the crowd.  Feeling stifled by the interminable waiting for any news about her son’s death, Beth leaves her home to do some shopping.  In the store she’s overcome by everyone’s look of pity as she walks the aisles, then stops and touches a box of cereal that must’ve been a favorite of Danny’s.  For a brief moment she smiles as she’s taken back to memories of happier times, but she’s soon pulled back to the reality of her son’s death.

It was easy to feel her grief and the way a simple object can take you away to a fond memory if even for just a short while.  Whittaker is nailing the role of grieving mother so well it turns my stomach with empathy.  That empathy is doubled when she collapses with grief in the parking lot and is approached by Reverent Coates.  It’s then that Beth reveals that she’s pregnant.  What would normally be joyous news of a new child on the way is now tearing against the horror of having just lost one. 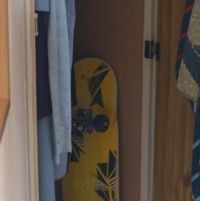 There is a small hut near the crime scene that Hardy wants to check for evidence so he goes to the mobile home of Susan Wright for the keys.  Susan is a local who cleans the place and suspiciously keeps to herself while always seeming to be lurking nearby.  When she goes to the closet where the keys are kept, the camera pans down to reveal a skateboard inside.

At the station, one of the engineers tasked with installing more phone lines tells Hardy and Miller that he’s gotten a psychic message from Danny.  They don’t believe him, but have to take a statement just the same.  He claims Danny said he was in a boat the night he was killed.

The man doesn’t seem like an attention seeker, in fact he’s somewhat reluctant to come forward.  As the interrogation ends, the man tells Hardy, “She says she forgives you.  About the pendant.”  Hardy doesn’t say anything, but the look on his face says it means something to him.

Ever since the investigation began, Mark Latimer, a plumber, has maintained that he was out on a late night emergency call when Danny was killed.  Hardy and Miller find CCTV footage of a parking lot near the hut that shows Mark there.  When Hardy asks him about it, Mark says he was meeting a friend whose name he conveniently can’t remember after only three days. 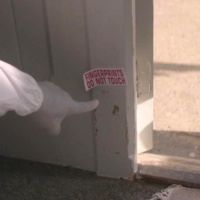 At the hut, Miller and the CSI team find blood and Danny’s fingerprints by the entryway.  The hut had been meticulously cleaned and only two pieces of evidence remained.  The second piece of evidence were a set of prints near the sink.  The prints belong to Mark Latimer.

After the initial setup of the excellent first episode, the story continues to move along at a steady pace and tosses the viewers a few clues along the way.  It’s not looking good for Susan Wright and Mark Latimer after what was revealed, but they’re not the only ones with hidden issues.  On two separate occasions we see Alec Hardy taking medication after reacting to an as yet unexplained health issue.  It’ll be interesting to see how this plays into the story and I’m sure it’s important in some way.

Let’s not forget the psychic phone engineer.  While he seems sincere there’s probably more to him than getting messages from beyond the grave.  He’s definitely on Hardy’s radar as another person of interest.

This was a very solid episode and everything about Broadchurch continues to impress.  It’s quickly becoming clear why this show made such a splash in the UK when it originally aired.