Broadchurch Review: Episode 104 – Everyone’s Got A Past 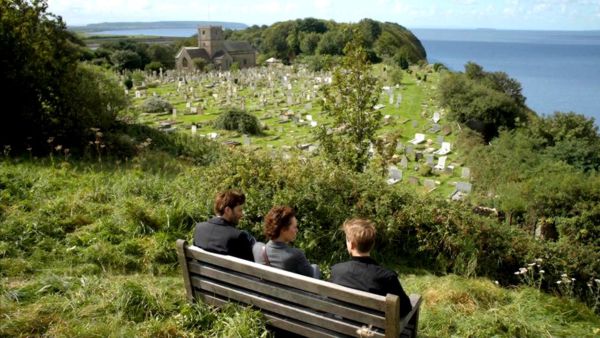 The burning boat seen at the close of last week’s episode is discovered to have strands of hair in it which is a big break for the investigation.  Miller learns that Susan Wright lied to then when she said Mark Latimer didn’t fix a broken pipe in the hut, but Susan continues to deny he did.  What reason does she have to lie and why is she so reluctant to speak to practically anyone? 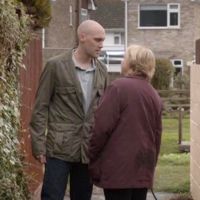 Susan and Nige have a suspicious sounding conversation in a small alleyway.  Phrases like, “We’re connected now.” and, “It can’t be undone.” are tossed about.  Nige doesn’t want anything to do with Susan and tells her to stay away from him.

Jack Marshall, the kindly old man who runs the newspaper shop where Danny had his delivery route and who’s also captain of the Sea Brigade has a skeleton in his closet.  He was arrested years ago for having sex with a minor.  Jack was not registered as a sex offender because the offense happened before the registry system was initiated.  He claims he’s not the kind of person they’re looking for.

Newspaper editor Maggie Radcliffe looks into Susan Wright’s past.  She finds a newspaper article about the Sea Brigade with a picture of the group.  Susan’s in the picture, but the caption below identifies her as “Elaine Jones”.  When Maggie confronts her about this she says the paper must’ve gotten the name wrong.  Typical Susan, just deny and dismiss. 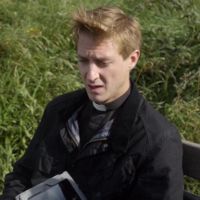 After Miller sees him standing outside the church in the middle of the night, she and Hardy talk to Reverend Coates.  Coates explains that he has terrible insomnia so he’s often up, wandering about at odd hours of the night.  He used to teach the IT club at the school Danny attended, but that’s about his only connection to the boy.

Karen White, the reporter from London, tells the Latimers that the best way to generate attention for the case is to go public with it in the press.  Based on what her editor told her, she wants a story from grieving mother Beth along with a picture of her. 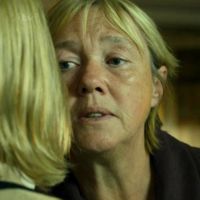 Working late in the evening at the newspaper, Maggie hears a noise.  Somehow, Susan has managed to get inside and tells her in no uncertain terms to quit looking into her.  When Maggie asks why she should stop, Susan threatens her by saying, “I know men who would rape you.”  Damn, that’s pretty cold and even more suspicious.

Hardy is invited to the Millers for what ends up being a mostly uncomfortable dinner, but not as terrible as it could’ve been. 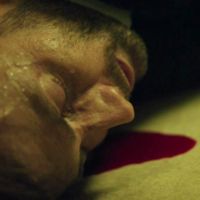 He walks back to his hotel room, but as he’s entering he begins to have another episode, with blurred vision and dizziness.  Fumbling in the bathroom for his pills, he falls unconscious on the bathroom floor, blood pooling around his head.

Fortunately Becca finds him after the guests in the room below complain about a banging sound they heard.  Hardy wakes up in the hospital with Becca by his side.  He begs her not to tell anyone about his health issues or he’ll be taken off the case.  Hardy’s desperate to see this one through and hopefully redeem himself after his previous failure.

The next morning, everyone sees Beth’s newspaper story complete with pictures of her and Danny.  Now every media outlet is scrambling for the story so Hardy decides to call a press conference.

Before that can happen, the community gathers at the church for a service where Reverend Coates tries to assure the community they haven’t been abandoned by God.  Hardy sees it as an opportunity to look for people who are behaving differently.  As the Latimers arrive, there are dozens of photographers waiting to get pictures of them.  The media circus has begun. 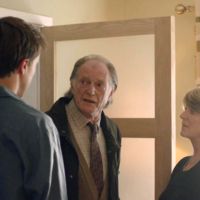 Nige has offered to cook Sunday dinner for the Latimers as a way of helping them feel a bit more normal.  The Millers are also invited and everyone seems to forget their troubles for a while.  Jack Marshall shows up with Danny’s mobile phone which he found in the bottom of a delivery bag.  While he’s there he tells them that soon information about him will come out and that it’s untrue.  He begs them to believe he’s not the kind of man he’ll soon be painted as.

It’s finally time for the press conference, but we’re hit with a few bombshells just before it begins.  As they’re walking in Beth tells Mark she knows about he and Becca.  Miller tells Hardy that the hair found in the burning boat is a match for Danny’s.  She also says the North Yorkshire police have a case from 15 years ago in Whitby that bears striking similarities to their case.  What’s interesting about that is Jack Marshall used to live only 5 miles from Whitby when the crime occurred. 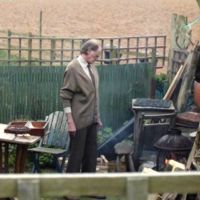 As the episode draws to a conclusion we see someone burning pictures of Danny Latimer.  Jack Marshall is in some of the pictures and most look like they’re from the Sea Brigade.  We finally get to see that the person burning the pictures is Jack Marshall himself.

At the end of this week’s episode we’ve not got suspicions about Jack Marshall, Susan Wright (or is it Elaine Jones?), Nige Carter, and even possibly Reverend Paul Coates.  Psychic Steve is likely still a person of interest after it comes to light that he’s got some run ins with the law in his past.  And while he may not be the prime suspect any more, Mark Latimer is still on the hook for potential killer.

Like each week before it, this episode has given us more information about many of the characters.  One of the great things about Broadchurch is almost none of the characters are 2-dimensional.  Everyone’s got layers.  Everyone’s troubled in one way or another, just like real people are.  This keeps the story both believable and irresistible.  It’s what makes Broadchurch a great drama.