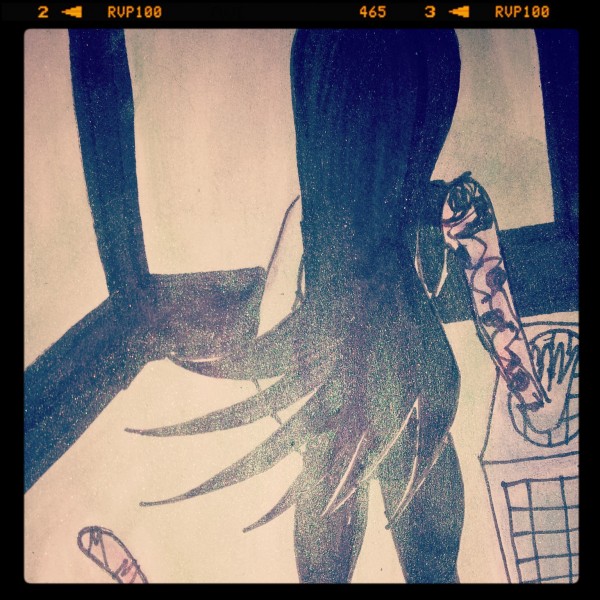 The ship hung silently before her, a dead cold hull floating against a speckled starry backdrop. The ship seemed to have been abandoned some time ago as it now hung there in lonesome solitude. No debris field or pulse beacon, it was just there.

It reminded Nina of something, they way it just floated there before her. Something she was familiar with.

It reminded her of bait.

“Please.” A voice hailed statically on her feed. It was a child’s voice. The feed remained dark however, and it was undefinable as male or female. The voice was simply young, and scared. “Please help me. I have lost my cat. He must be so very scared. Please help us.”

Nina scratched the back of her neck staring at the floating vessel with the staticky lure of a dead child’s voice. It was clearly a trap, and Nina found herself more suited as a corporeal hunter than as a metaphysical one.

When she had attended The Academy in her youth, a wandering presence had once appeared before her in her chambers. It came to her bedside and once there for whatever ever strange reason it had placed its’ hand over her mouth. Her body found itself frozen, as if by some unnatural control, and yet she could still move her mouth. So Nina, ever the fighter did what any fighter would do in such situation, she bit down.

The presence had smirked at her, pressing down its’ not quite there hand as if to say “Oh, do go on, that feels so very nice dear girl”. Nina had screamed soundlessly then and prayed over and over to The Universe to make the thing just go away, until it did. However, Nina was never really sure if that was because it was made to, or it had simply just gotten bored.

Nina did not really understand the metaphysical, and if there was one thing born warriors actually did fear, it was fighting that which they truly did not understand.

If Nina went on that ship, she might die, and this was not a thought Nina was used to having.

“It has a child though.” Nina murmured pensively, tapping her armrest. “And more than one I imagine.”

Nina sighed, standing up and heading to her weapons bay. The watch hung there innocently and Nina sighed strapping it on and hating that she might so soon be in a position to actually once again need it. She also needed a quantum blade.

After her encounter at the academy, which had of course gone entirely unbelieved by her professors, Nina had asked her father about ghosts. Her father had responded by asking his young daughter if she believed the thing she had bitten to be a ghost.

“I am not certain what it was.” She answered honestly. “Only that it clearly could have hurt me if it had so wanted, but I was powerless to harm it.”

“All manifestations we in Space Fleet have encountered share one thing.” Her father replied. “Whatever they are, they are not on our own plane of Space and Time. However, like all things that exist, they are bound by one. Many are even locked to it, doomed to a small quantum field of perpetuating cruel existence for all eternity.”

Nina’s childhood wanderer had clearly been a free agent, thankfully yet to have ever been seen again. This ship, however, was clearly such a prisoner of its own paradoxical reality. A loop of pain and suffering stuck in time and space out here in the dark.

Nina slid her Plasma Gun into its holster just in case and armed with her quantum arsenal fired up her Galaxxy Industries shield, altering the makeup of the bubble encasing her to polarize and magnetically pull itself from her own ship to the abandoned hull. Nina dare not bring her own ship anywhere near it.

The ship was cold. Frozen over from the deep of space. Cryo-Tubes lined its walls, each cracked and frozen over, displaying their occupants from icy glass coffins. Their expressions said they had died peacefully in their sleep, but Nina was quite certain that death had been their last moment of peace for quite some time now.

A bell dinged up ahead, it was approaching fast, ringing as it came after her and Nina readied the dial on her blade apprehensively.

It was a cat. An ugly ginger thing scrawny, bloodied, and clearly cold, but it was a cat none the less.

It meowed frantically at her, an old Tom Cat yowl as it tried to tell her every last thing that had happened to it since whenever he had last had company.

Nina meowed back at it consolingly and it stared up at her stunned she seemed to comprehend before hurriedly meowling out the next part of his story. Nina did not speak cat, but she did understand. He was a family cat, or had been, and was alone with something scary and now there was a friendly human once again on board.

Despite the time lock on the place, Nina was aware that whatever had happened here could not have happened too long ago or Ginger here would have gone feral, and most of the previously sleeping passengers would have had their faces eaten off. As it stood, clearly the cat still had food supplies somewhere on the ship that had not been gone through.

“Okay, boy.” She murmured rubbing him behind his gross ears as gently as she could before wiping off her hand and readying her blade. “Let’s go to the control bay.”

The cat yeowled, and dashed off to the door, looking back only once to see if she was following. Nina meowed back in an affirmative tone and followed behind, looking around apprehensively. The ship remained quiet however, not even a drip or creak. It was almost as though it had opted to hold its breath in anticipation.

The control bay was a mess, and had the cat not been clearly flesh and blood and yet still free to wander as it pleased Nina would have fired up her shield on instinct. As it was, she simply took it all in.

The ancient symbols spray painted in a circle from the center of the room outward.

Only the log remained untouched and Nina didn’t need to play it to know what had happened here, but she did anyway. 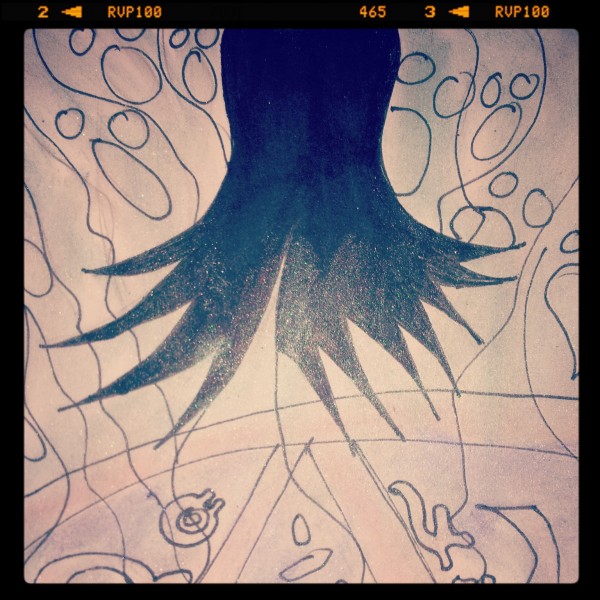 “We thought we could control it!” A terrified bloodied woman screamed on the monitor.

“You always think you can.” Nina replied calmly, rewinding back further.

“I know what I’m doing!” Yelled a cleric, dagger in hand as the men holding down the sobbing girl stared up at him with second thoughts.

“You always think you do.” Nina replied nonplussed, the cat was beginning to growl now and Nina understood, she felt it too. “Just one more scene, baby. If you need to hide go ahead.”

The cat dashed off with a final cry of mixed terror and obeisant cat rage and Nina felt the atmosphere change in dark apprehension.

“The ship hasn’t moved for weeks.” The captain said, placing his hands on the sobbing woman from the first clip’s shoulders firmly. “The engineers can’t fix her, the cleric is right. Just like the days of old this is the only way.”

“But why does it have to be our daughter!” She screamed.

Nina killed the feed, feeling the dark animosity of the room closing in around her. “You poor thing. Humans, no matter how much we advance, will still blindly follow anybody who gives us the answers we seek when science fails us.”

Nina turned to face the circle, steadying herself, blade in one hand as the circle rumbled and glowed. “They failed you. Your parents. That sham of a cleric. This entire ship. Even your sad useless cat, they all failed you!”

The hull split with an inhuman scream of angst and fury, giant ethereal tendrils with a thousand human faces slammed out from the floor, pulsing and bulging as they tried to raise up the massive bloated ethereal body from the center of the circle.

Nina exhaled, meeting its one electric blue eye as faces and hands moaned and tried to escape from it only to be sucked back.

“They failed me!” It moaned horribly, growing and pulsing. “And so I won’t stop until their every last soul is mine. Mine! Forever!”

Nina stared at the sad sorrowful grotesque form as it began to shudder and grow, threatening to fill up the room. Her hand hesitated just over the button on her watch, and then she felt a flick of nervous whiskers behind her legs.

Nina smiled softly to herself, turned on her shield around them and sliced through the ships log with her quantum blade.

The log had been the only pristine thing untouched by time on this ship besides the cat it had craved and so Nina knew it must house the soul that did its’ bidding. They had sought to bring life to a dead ship, and they had, but it was a cursed life. A half-life. A grudge and sick celestial taint of hell out here in the heavens. If it had gotten the little girl’s cat it would have been free, and a new wandering evil would have been unleashed out here in the quite depths of space.

Nina hovered there in her bubble, the cat hissing and digging into her boots as the ship collapsed into itself with great metal creaking tears and lost forlorn moans. Then it let out a single blast of pure light, and it was gone to wherever things go when they are gone.

“Come on, Cat.” Nina murmured, reversing the polarity and pulling them back to her own ship. “Let’s get you a bath.” 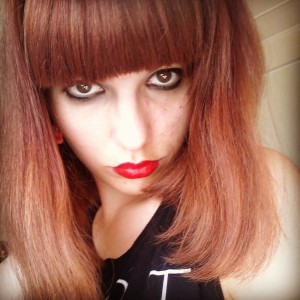 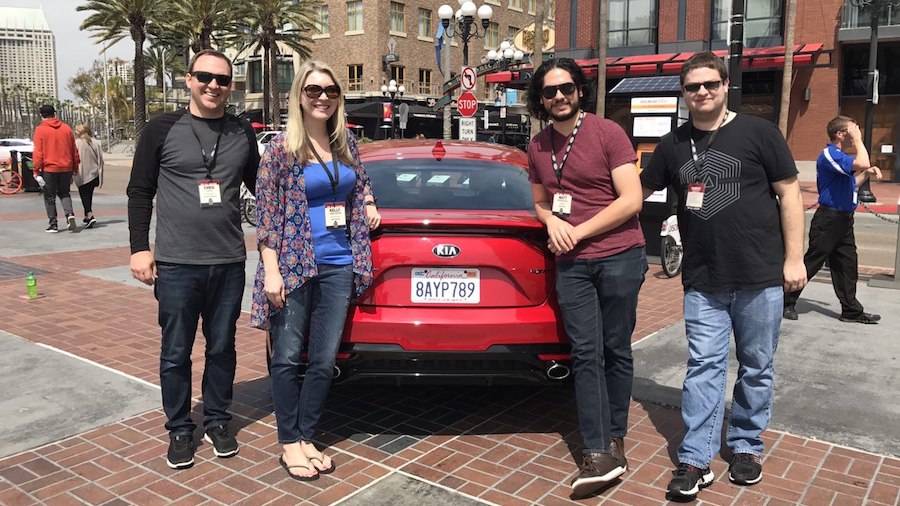 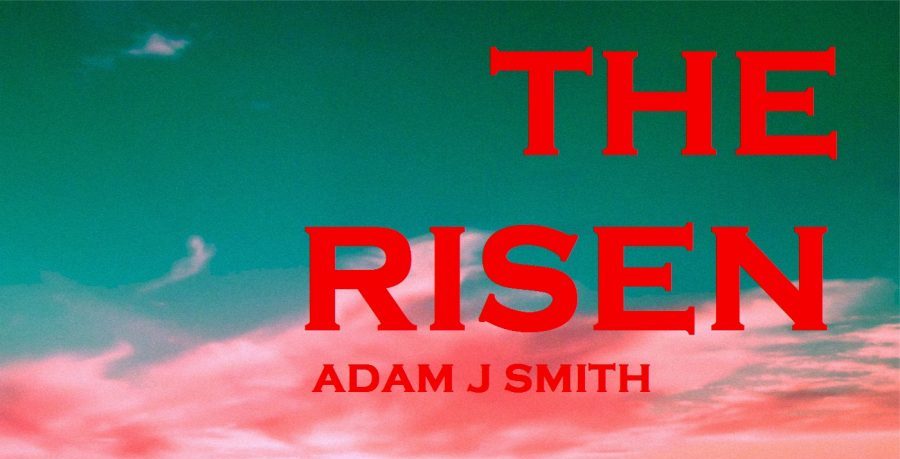