Broadchurch 106 Review – Coming To Grips With Loss and Grief 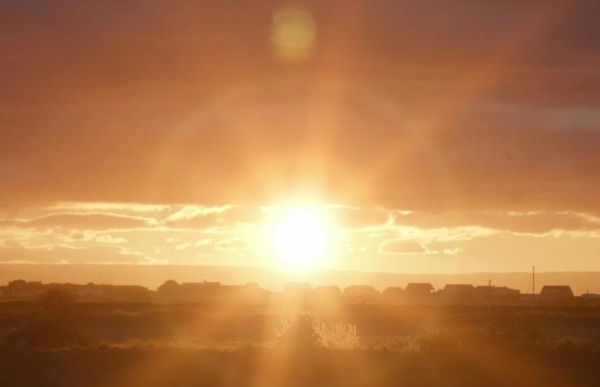 The town gathers for the funeral of Jack Marshall who tragically took his own life last week.  Hardy and Miller keep watch for unusual behavior at the wake.  They surmise the killer will be there so they’re looking for anyone acting strangely. 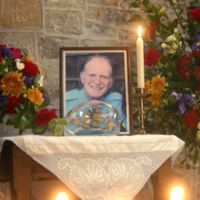 At the front door, Tom Miller tells Chloe that he was not friends with Danny and he’s glad Danny’s dead.  Only Chloe and her boyfriend hear this unexpected outburst as they’re leaving.

The ever suspicious Hardy follows Reverend Coates to a nearby town where he attends an Alcoholics Anonymous meeting.  Then he and Miller question Coates at the church, though Miller doesn’t think alcoholism is enough of a reason to suspect someone of murder.  Hardy, on the other hand, still being haunted by his last case is desperate to explore all possible options, no matter how much of a stretch they might seem.  He asks Coates to go to the station to submit a DNA sample. 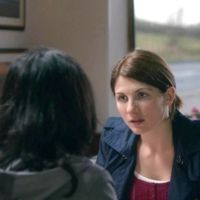 Beth is still having a very hard time dealing with not only her son’s murder, but the lack of any progress in the case.  She asks Karen White if she could put her in touch with the mother of the girl who was murdered in Hardy’s last case.  She needs help coping with the situation and the only person she can think of who understands would be this woman named Kate.

At first, Beth and Kate connect over their shared experiences and grief.  Beth finds some solace in speaking to someone who truly understands what she’s going through, but the encounter brings its own bad news.  Kate’s marriage ended in divorce and even after all this time she spends her days in bed, drinking, watching TV, then taking sleeping pills to go back to sleep.  She feels that everything in life is pointless so she doesn’t bother to try any more.

Tom Miller stops Reverend Coates as he’s walking by and asks him if something “accidentally” deleted from a hard drive can be recovered.  Coates tells him it can and they leave it at that.  It was indicated back in the first episode that Tom was hiding something when he deleted text messages from his phone and files off his computer.  So far, we don’t know what Tom’s trying to hide, but it must somehow relate to the murder. 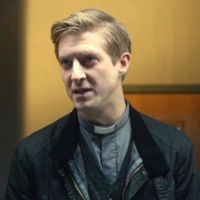 Coates enters the station to submit his DNA sample and this is where we learn more about Hardy’s demons than any suspicious behavior by the local vicar.  Hardy says the good reverend was awfully quick to hit the television and attract people to the church.  To him, that seems suspicious.  Coates tells him that it was the people who reached out to him, even those who normally don’t attend church.  They turned to the church because they’re feeling let down by the police and by Hardy who seems to suspect everyone he gets close to.  People are looking for hope, something the police are currently not providing.

Maggie is intent on looking into the shady Susan Wright, and recruits Olly to assist in her research.  The next morning she leaves an envelope on the door of Susan’s trailer after finding no one home.  It turns out Susan is walking her dog along the beach where she meets up with Tom Miller.  She invites him back to her home to feed the dog and for some reason she gives him Danny’s skateboard she’s had hidden away since the night of the murder. 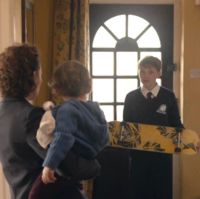 Well, when Tom walks into his home with Danny’s skateboard, his parents rightfully freak out a little bit.  Ellie asks the boy who gave him the skateboard and in the next scene the police descend upon Susan’s trailer only to find her gone.  Susan has gone to see Maggie at the newspaper, likely because of the contents of the envelope she’d left on the trailer door.  We’re not treated to the details, but apparently Susan once had a family and something tragic happened that prompted her to create a new identity and a new life.  Maggie’s also got Detectives Hardy and Miller waiting to arrest Susan.  While they’re inside Nige unties Susan’s dog and walks away with it.

Mark Latimer tries to bring a little joy into his family’s otherwise dreary lives by taking them to the local arcade.  When the kids were younger, the Latimers brought them to the arcade all the time and the idea seemed to work.  For a little while they’re a happy family and even talk of bringing the baby there when it gets older. 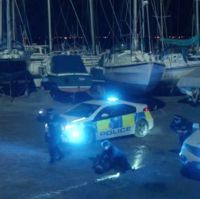 As night falls and the episode draws to a close, we’re shown a lot of suspicious events.  Susan is being interrogated by the police, but refuses to speak until she sees her dog.  Nige has Susan’s dog in the plumbing van and is brandishing a crossbow, wondering aloud what to do with the dog.  Mark Latimer takes a sip of beer, ponders something for a moment, then walks down a dark street.  Tom Miller is found by Reverend Coates smashing a laptop computer with a rock.

And finally, Hardy and Miller get a call that there’s a break-in at the hut and someone’s seen a flashlight inside.  When they approach the door of the hut, someone darts out and runs to the nearby shipyard.  The two detectives lose the suspect and during the chase Hardy has another episode and this one looks pretty bad.

Broadchurch yet again pulls our suspicions all over the place.  While the focus of this outing may have been Susan Wright, Nige is still acting strangely, especially with regard to Susan.  Mark Latimer has seemed to be in the clear, but what exactly was he up to on that dark road?  Finally, there’s Tom Miller with his questions about deleted computer files and him smashing a laptop with a rock.

With only two installments left, the identity of the killer is still anybody’s guess.