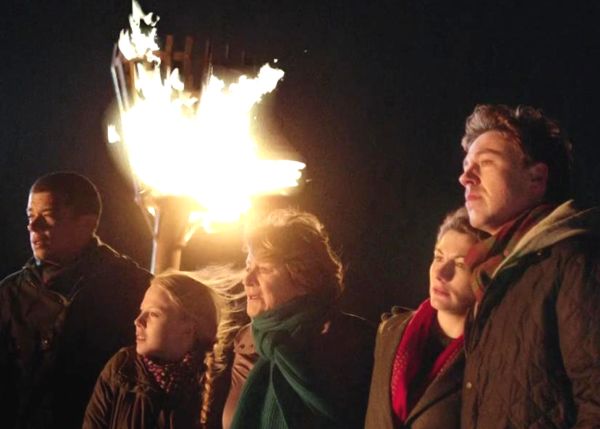 That phrase in the title was taken from something David Tenant’s character, Alec Hardy, says in this episode.  It’s his way of trying to explain why people sometimes act in ways we just can’t understand.

We find out who the killer is early on in the episode when Danny’s missing phone is turned on.  Hardy traces it to the Miller house.  Joe is in the back shed with Danny’s phone and he says to Hardy, “I’m sick of hiding.” 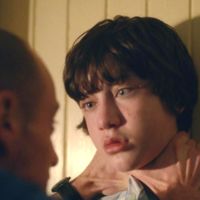 In a flashback to the night of the murder, we see Joe hugging Danny in the shed.  It’s made clear that all they’ve been doing is hugging, but Danny wants it to end.  He fears Joe wants more and is just afraid to ask.  Joe goes into a rage over Danny’s assumption he might be a pedophile.  In a rage, he grabs Danny by the neck and yells at him, saying that he’s not that kind of person, but he holds on too long and accidentally kills Danny.

The relationship started over what seems to be a mutual need for love.  Danny felt he could connect with Joe in ways he never could with his father and Joe apparently didn’t feel he was loved at home.  Joe insists he loved Danny, but never in a sexual way.  These were two people surrounded by loved ones who didn’t, or couldn’t, see just how much was missing from their lives. 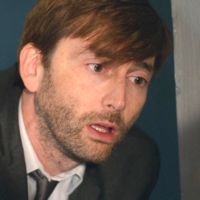 We learn that Danny was the one who broke up the friendship with Tom Miller, not the other way around.  Danny said he had a new friend, which we now know was Joe.  I suppose Danny was ashamed of what he was doing and this was his way of dealing with the discomfort of the situation.

In this episode, Hardy finally seems to be opening up.  He even compliments Miller on her work during the investigation.  Maybe it’s his health problems and knowing this may be his last case, but he’s showing a more human side of himself.  After he breaks the devastating news about Joe to Ellie Miller, he’s become a different person from the one who came to Broadchurch when the investigation began.

When the Latimers are informed of who killed their son, the reactions by all were palpable.  The actors all gave truly moving portrayals, especially during the montage of scenes following the discovery that a friend and neighbor had killed their son.  Just as devastated is Ellie Miller, a detective investigating a murder committed by her own husband and she never had a clue. 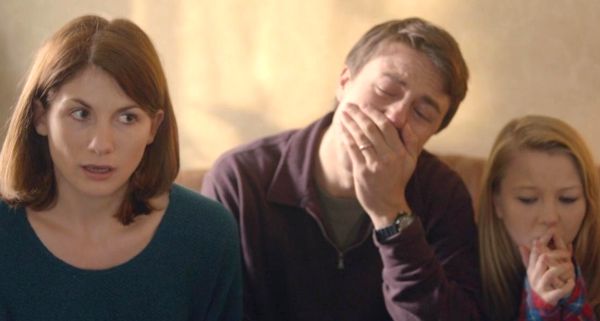 The ending of the episode, and this series, was beautiful.  The townspeople gathered at the beach where Danny’s body was found to burn a fire in his memory.  Then, Reverend Coates flicked his flashlight on and off a couple of times, which signaled people and neighboring communities all along the coast and countryside.  Within moments, there were dozens of fires blazing in the night to honor the memory of Danny Latimer.  His family is shown gathered together, finally able to begin healing after a nightmare no one should ever have to endure.

Character development in Broadchurch was excellent.  Most of the principal players began as believable people and they all continued to act in ways you’d really believe could happen.  Add that to a well-paced plot and it’s no surprise Broadchurch has received universal praise.  It’s just a damned good story on all counts.

A second series of Broadchurch is coming.  I’ve read that it could be very different from the first.  Whatever form it takes, if it sustains the level of quality of this first series it’s bound to be excellent.

Broadchurch will return sometime next year.  When more details are given we’ll bring them to you here at Three If By Space.